Dutch Museum Scents Out Europe’s Past 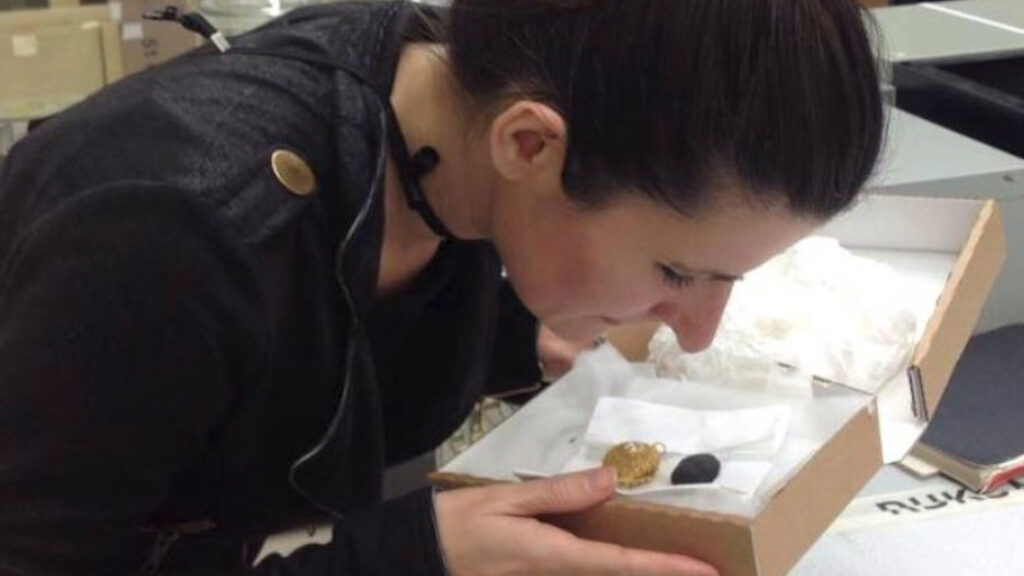 A Dutch Museum has embarked on a $3.3 million project to recreate what Europe smelled like between the 16th and 20th centuries.

The Olfactory Project will be presented at the Rijksmuseum in Amsterdam. Researchers plan to use artificial intelligence to look for references about smells in ancient texts and then recreate them.

The show is experiential, a novel approach to traditional museum-going.

“The project is called Odeuropa, from odor and Europe, and it’s all about scent heritage. Besides building a database full of historically important smells and scents, we will also reconstruct and recreate some scents and smells and exhibit them in museums,” Verbeek said.

“Marieke Van Erp, who leads the digital lab at KNAW, Amsterdam, will teach a computer to recognize scent-related words in hundreds of texts from the 16th to the 20th centuries. That computer will find many more words and references than could,” she said.

“The Rijksmuseum is a pioneer when it comes to smell.”

The unusual pitch began with the museum’s 2015 exhibition “In Search of Scents Lost,” which focused on the aromatic heritage of the avant-garde.

Verbeek also reconstructed the scents of the famous “Battle of Waterloo” painting in the Rijksmuseum together with perfumers from the fragrance industry.

“We set out to recreate about 12 historical scents that were somehow connected to the collection of the museum. One of them was ‘The Battle of Waterloo,’ the biggest painting in the collection,” she said.

The 1824 work by Jan Willem Pieneman depicts Napoleon’s defeat against Wellington, who was reinforced by Prussian forces.

The historians studied the smell of horses, the leather of riding boots and gunpowder, among various elements. There was also the scent of the perfume Napoleon wore. However, the smell of blood and decay is noticeably absent. They opted instead to focus on Napoleon fleeing, “so he’s already at some distance from the battlefield.”

The focus is not to repel but enlighten, offering a new experience of art.

“One that is also more inclusive for the blind and partially sighted,” Verbeek said.

While working with the Rijksmuseum’s department for inclusivity and accessibility, she devised a tour of the museum for blind people.

“I love doing these tours for blind people because they can teach seeing people about the way we perceive the world. Seeing people are so ocular-centric. They forget that our emotions, our memories, and even information, can also be olfactory or acoustic all those other sensory inputs that together create reality,” she said.

Still, the task of recreating Europe’s smells is not without its challenges.  The past had more words to describe smells than 21st-century museumgoers.

“If we can find these words again, it might help us describe our perceptions. You can adapt to certain smells, so if you were to transport someone from the Middle Ages to the present, this person would probably find our time smelly, as well,” Verbeek said.

The canals of Amsterdam, for example, were so awful in summer the rich would flee to their country homes. The city was even nicknamed “the virgin with foul breath,” according to Verbeek.

Context is essential when looking at the past. Scholars first have to determine if a smell was liked or disliked at the time. In the past, foul smells were thought to spread disease, leading to high-class ladies wearing pomanders, often on a chain around their waist, and filled with fragrant materials.

Even perfume has changed over time.

“Eau de cologne started, not as a perfume, but as a medicine. It was called Aqua Mirabilis. It was meant to be inhaled. If you kept the air around you fragrant, or even if you consumed perfume, you would stay healthy,” Verbeek said.

In fact, the researchers aim to have the first fragrance for their new project ready within a year.