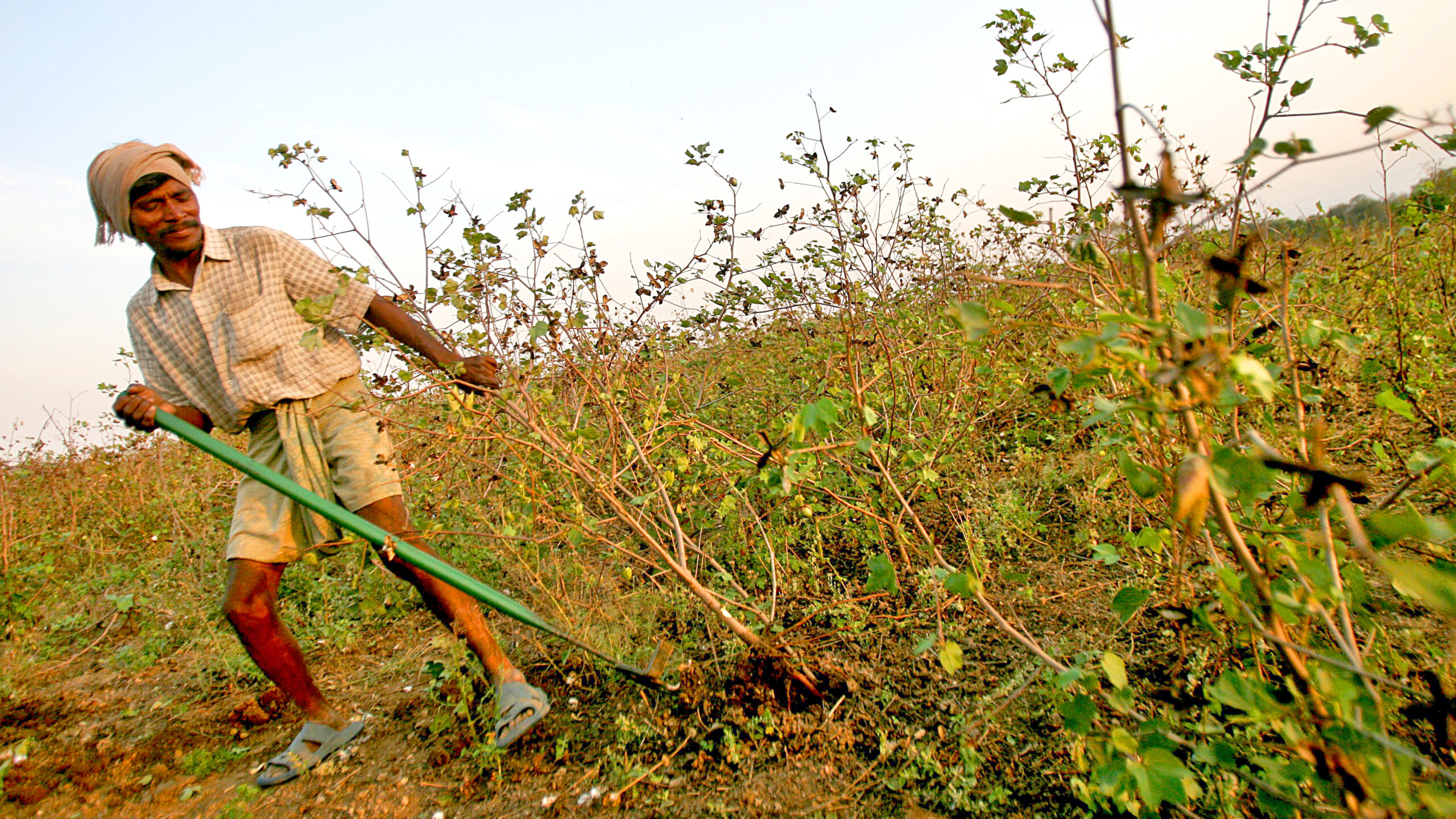 A farmer clears his cotton plant field in the village of Sunna in the Vidarbha region of Maharashtra state, India. Photo Courtesy Uriel Sinai (Getty Images)

MUMBAI — Switzerland-based agrochemical company Syngenta is at the center of a new complaint related to pesticide poisoning of farmers in Yavatmal, India.

A complaint over the alleged poisoning of Indian farmers from Syngenta’s pesticide Polo in 2017 has been accepted by the Organisation for Economic Co-operation and Development’s national contact point. The acceptance allows for the aggrieved parties to begin negotiations over compensation.

In September, three victims of pesticide poisoning, allegedly from Polo, filed a lawsuit against Syngenta in a civil court in Basel, Switzerland.

“It’s time for Syngenta to come to the table and end its strategy of complete denial,” Miriam Saage-Maaß, program director for business and human rights at the European Center for Constitutional and Human Rights, wrote on the website.

A spokesperson for Syngenta said in an email to Zenger News that there is “absolutely no evidence” to suggest Polo was responsible for the incidents. Syngenta did not provide the spokesperson’s name.

“Polo has been successfully and safely used by Indian farmers across the country for many years,” the spokesperson said in a written response. “Syngenta has submitted its response to the complaint of various nongovernmental organizations to the National Contact Point for compliance with the OECD guidelines for multinational enterprises.”

Polo is an insecticide that contains as an active ingredient the chemical diafenthiuron, described as “poisonous when inhaled” by the European Chemicals Agency. 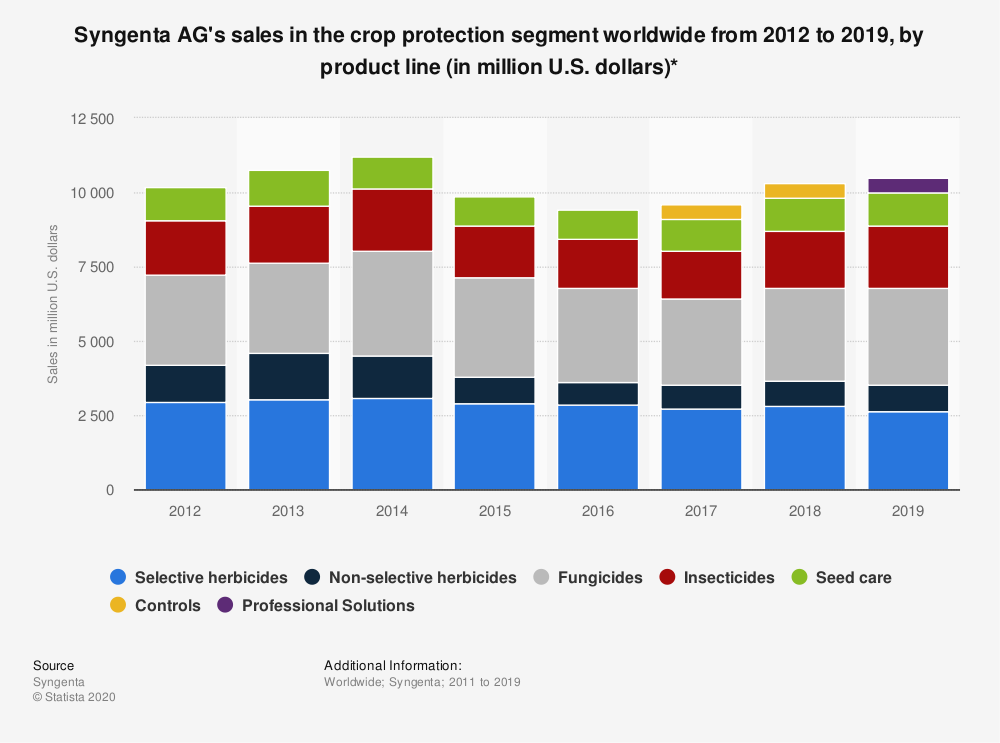 The complaint pertains to incidents in 2017 when cotton farmers from Yavatmal, a drought-prone district in the western state of Maharashtra, were poisoned, allegedly from the widespread use of Polo.

The complaint was filed on behalf of 51 families by a coalition of the Maharashtra Association of Pesticide Poisoned Persons, India’s Pesticide Action Network, the European Center for Constitutional and Human Rights, and Switzerland-based Public Eye.

“The acceptance of the complaint means there is some recognition of the problem,” said Dr. Narasimha Reddy, director of the Pesticide Action Network. “We will stick to our points and fight for compensation for the affected farmers and their families.”

Reddy’s organization works for the elimination of pesticide use in the country.

“It [Syngenta] should now seek a joint solution with the complaining organizations on how to provide a remedy for those affected and how to avoid further poisonings of small-scale users with hazardous pesticides that require Personal Protective Equipment and for which — like in the case of Polo — no antidote is available,” said Saage-Maaß.

The coalition has also helped the three victims, including a farmer who suffered severe health conditions and two widows, who filed the lawsuit in Basel.

“We have fought for years for the rights of these affected farmers, and we see a ray of hope,” said Dewanand Pawar, convenor of the Maharashtra Association of Pesticide Poisoned Persons. “We are clear about our demands and will stick to them at any cost. We want action taken against the insecticide maker, compensation for our farmers and their families, and a long-term remedy to end such incidents which put the lives of the farmers at risk.”

Those filing the complaint say that the mediation must cover the individual remedy for the harm caused to the 51 farmers, and address alleged human rights violations by Syngenta.

Syngenta, in a Nov. 18 statement to the National Contact Point, rejected the claims of any infringement of the guidelines and allegations of Polo being responsible for the 2017 poisonings.  The company said it was explicitly praised by Indian authorities for the “rapid, voluntary assistance it had provided around the alleged cases in India in fall 2017.”

Reddy believes the acceptance of such a complaint will have larger outcomes, such as more awareness among farmers and responsible behavior from companies.

“We can now say they have understood the merit of the issue that requires further considerations and offered its good office for achieving a mutually acceptable outcome,” said Dileep Kumar, assistant director of the Pesticide Action Network, India.

In a press statement, the organizations said that Syngenta “categorically denied” any responsibility for the health and financial consequences of the events.

The organizations that filed the complaint claim to have official documents showing that police recorded 96 cases of poisoning linked to Syngenta’s pesticide, two of which led to fatalities.

“The company continues to sell its hazardous product Polo with insufficient product warnings to farmers in rural India, who have no access to adequate personal protective equipment,” the complainants’ statement says.

Syngenta said it looks forward to a constructive dialogue on fundamental issues of crop protection in the context of producing food for the world.

“Syngenta is committed to innovation, cooperation, and responsible stewardship in the distribution and use of crop protection products. We support the process because we believe in dialogue and the idea of process-oriented continuous improvement. Cooperation, not confrontation, leads to continuous improvement, also in agriculture,” the company’s spokesperson told Zenger News.