Female journalists in particular are vulnerable to attacks in the war-torn country.
By Raza Hamdani December 17, 2020
Facebook
Twitter
Linkedin
Email 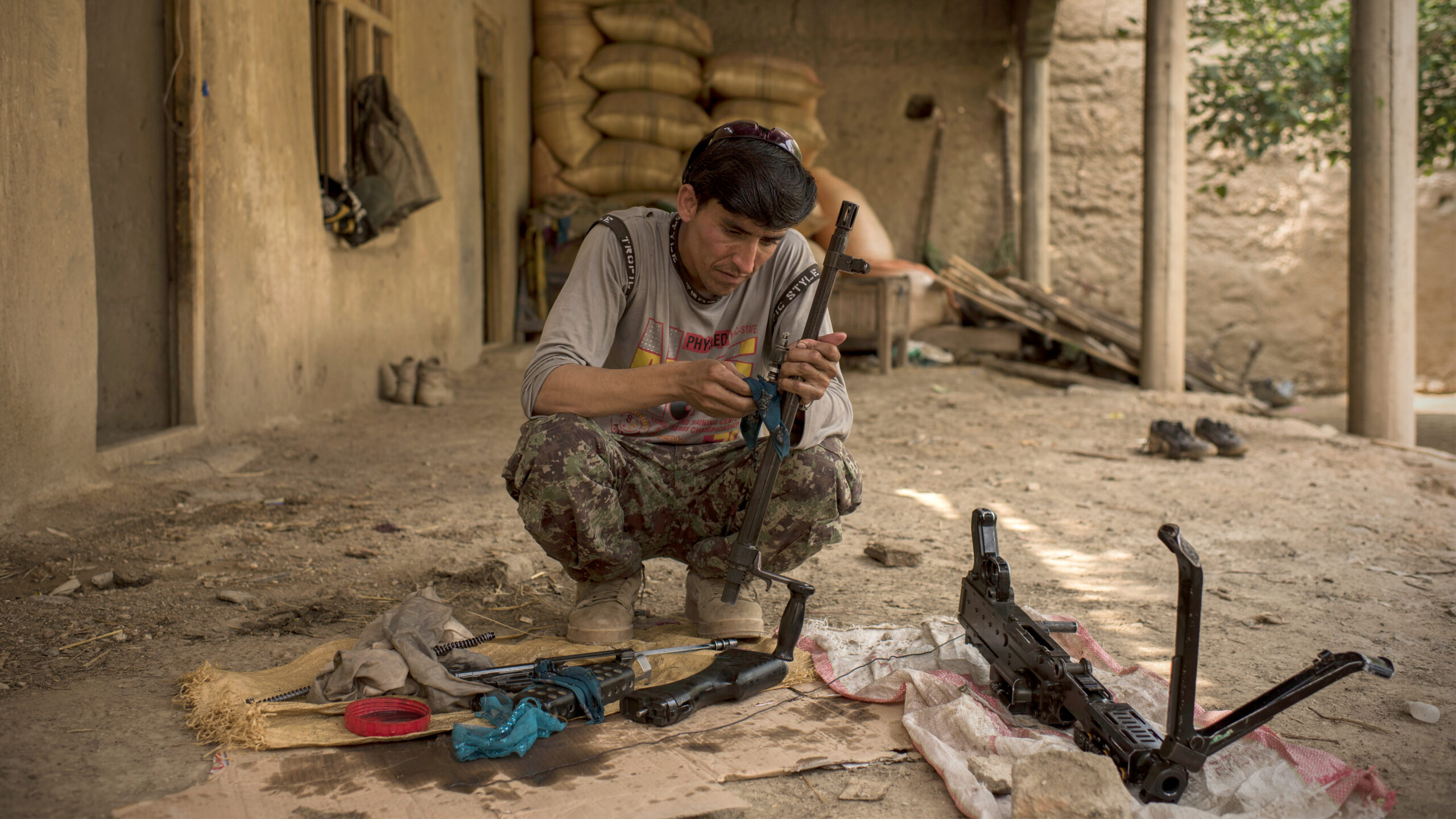 A soldier with the Afghan National Army cleans his weapon at an outpost in the Momand Valley in Achin District, Afghanistan. The building was previously used as of a jail by the Islamic State of Iraq and Syria - Khorasan (ISIS-K) Courtesy: Andrew Renneisen (Getty Images)

The Islamic State has claimed responsibility for killing Maiwand, a presenter for Enikass Radio and TV in Jalalabad, and her driver, Mohammad Tahir, about 150 km east of Kabul on Dec. 10.

Maiwand had been outspoken about the difficulties faced by journalists — especially women — in Afghanistan.

“It has become increasingly difficult for journalists to do their jobs in the country,” Kabul-based journalist Ekram Shinwari told Zenger News.  “We all fear for our lives. Journalists who dare to raise their voice are especially targeted. The space is getting smaller, and the killing of Maiwand may further instill fear in the hearts of other female reporters.” 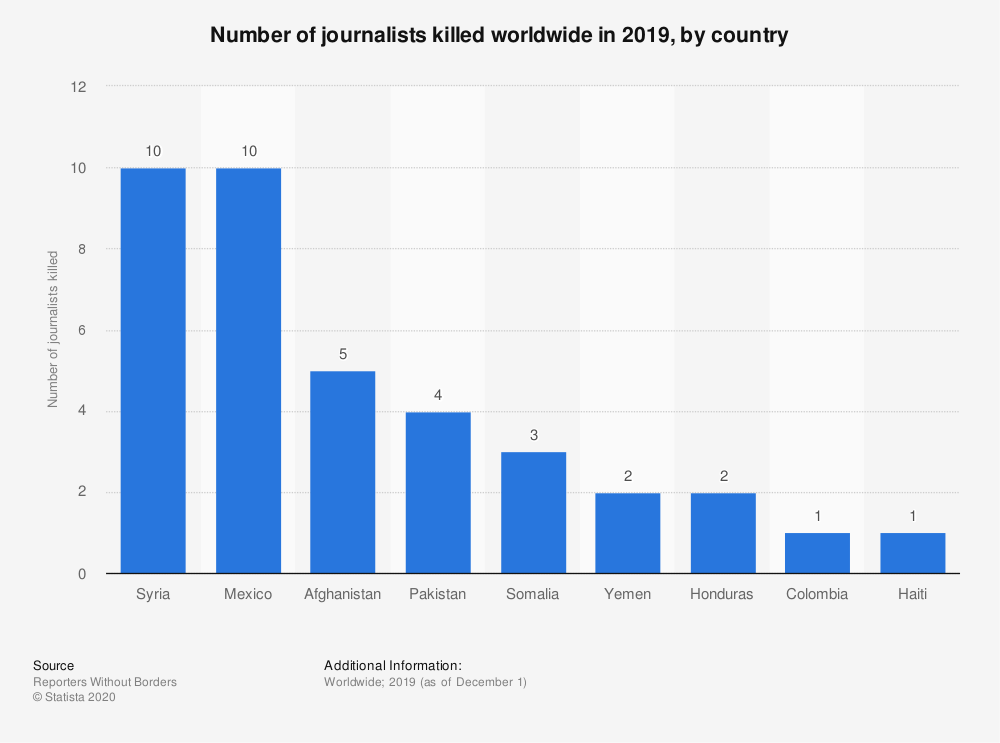 At least 52 journalists, including eight female journalists, have been killed in Afghanistan since 1992, according to the Committee to Protect Journalists (CPJ). Some were murdered, others were caught in crossfire, and a number were listed as being on dangerous assignment.

Afghanistan is ranked sixth out of 13 countries on the CPJ’s Impunity Index, which “spotlights countries where journalists are slain and their killers go free.” India ranks 13th.

Journalists are vulnerable not only in Afghanistan, states Reporters Without Borders (RSF).

“Worldwide, a total of 387 journalists are currently detained in connection with their work, 54 are held hostage and four are missing, according to the first part of the annual round-up of abusive treatment of journalists published today [Dec. 11],” RSF states.

“For Afghanistan’s journalists, 2018 was the deadliest year since the fall of the Taliban regime in 2001. A total of 15 journalists and media workers were killed in a series of bombings that began early in the year, nine of them in a single day. Many others were constantly threatened by the various parties to the conflict.”

A German photographer for the Associated Press, Anja Niedringhaus, was shot dead by a police officer on April 4, 2014, in Khost. He walked up to her car, said “Allahu Akbar” (God is great), and opened fire. AP special correspondent for the region Kathy Gannon was wounded in the attack.

Freelance Afghan journalist Maharram Durrani was killed in a double suicide bomb attack on April 30, 2018, in Kabul. The blast killed more than 25 people, including at least nine journalists.

The report “RSF’s 2020 round-up: 35% rise in number of women journalists held arbitrarily” states that the number of women journalists in prison has risen by 35 percent, from 31 a year ago to 42 now. Most of the newly detained women journalists are held in Belarus (four), which has seen an unprecedented crackdown since last August’s disputed presidential election, and in two of the countries where the coronavirus crisis has brought a marked increase in repression — Iran (four) and China (two). They also include Vietnam’s Pham Doan Trang, one of the 2019 RSF Press Freedom Prize laureates.

Journalists in Afghanistan are now making an appeal to the international community to protect them. In a letter to the UN Security Council on Nov. 18, they “addressed the concerns of journalists and media regarding the growing violence and threats against journalists, urging the Council to take serious actions to reduce violence and pressure the perpetrators to cease targeting journalists.” 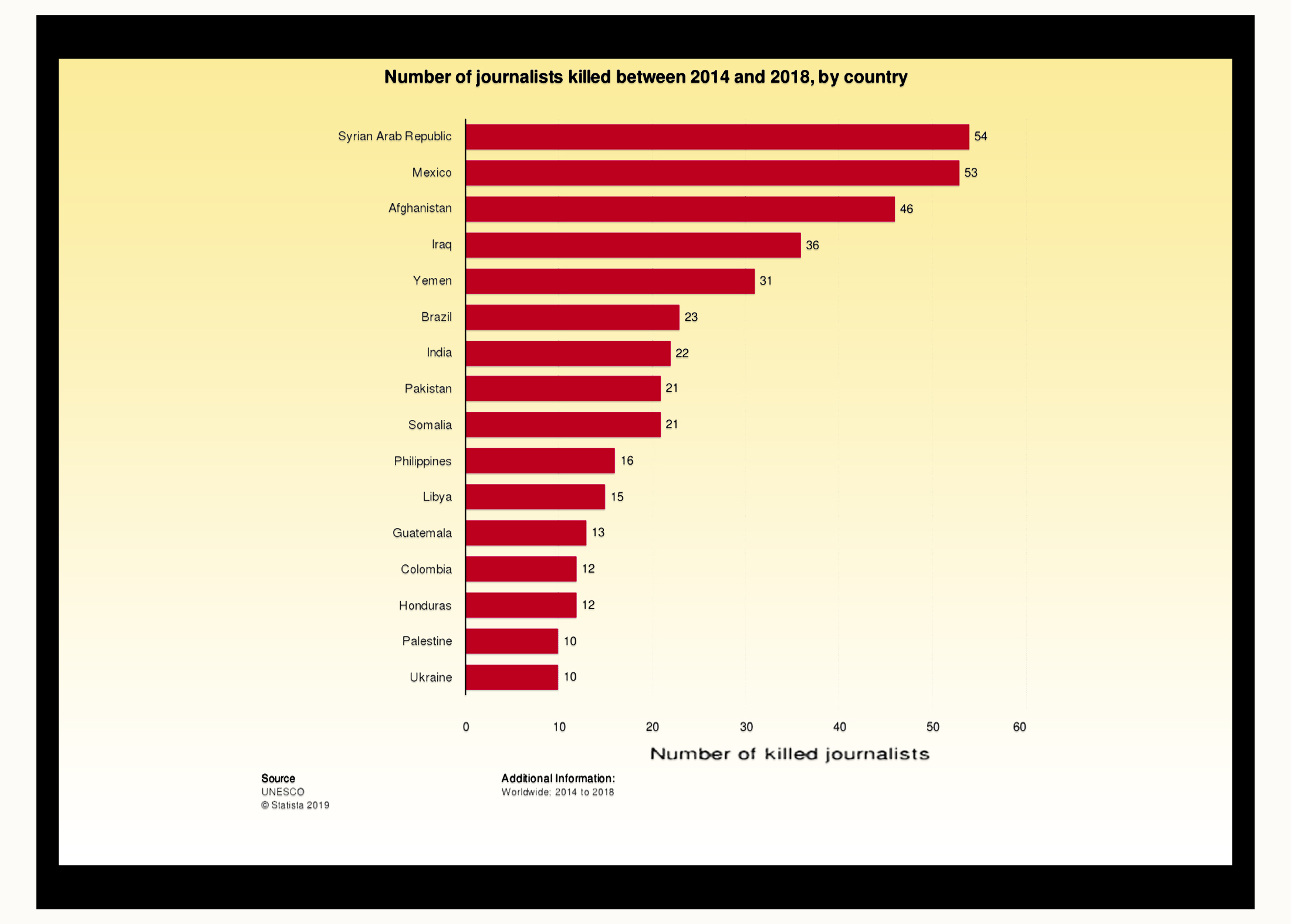 Afghanistan Ministry of Interior spokesperson Tariq Arian tweeted that for over 15 years the vast majority of journalists have been killed by the Taliban. “This crime is also a continuation of terrorist acts against freedom of expression,” he wrote.

“The brazen killing of Malala Maiwand is yet another blow to the media community and to Afghanistan,” said Aliya Iftikhar,  senior Asia researcher for the (CPJ).  “As the government of Afghanistan and the Taliban continue their negotiations, both sides must commit to ensuring that journalists can work safely and without fear.”

The Afghan government has been engaged in peace talks with the Taliban, with U.S. mediation, since September. Meanwhile, there has been an escalation in violence in the country.

The militant group also claimed responsibility for the attack on Kabul University on Nov. 2, in which 32 people died and 50 more were injured.

On Oct. 24, a suicide bomber attacked the Kawser-e-Danish Centre, an educational institution in west Kabul, home to many Shia Muslims. At least 24 students between the ages of 15 and 26 were killed, and 50 others were injured.

Afghan politician Nisar Salih, a member of the secular Watan party, told Zenger News that “Afghans welcomed the peace agreement and were hoping that it would bring peace to the country [but] there is no decrease in violence in the country.”