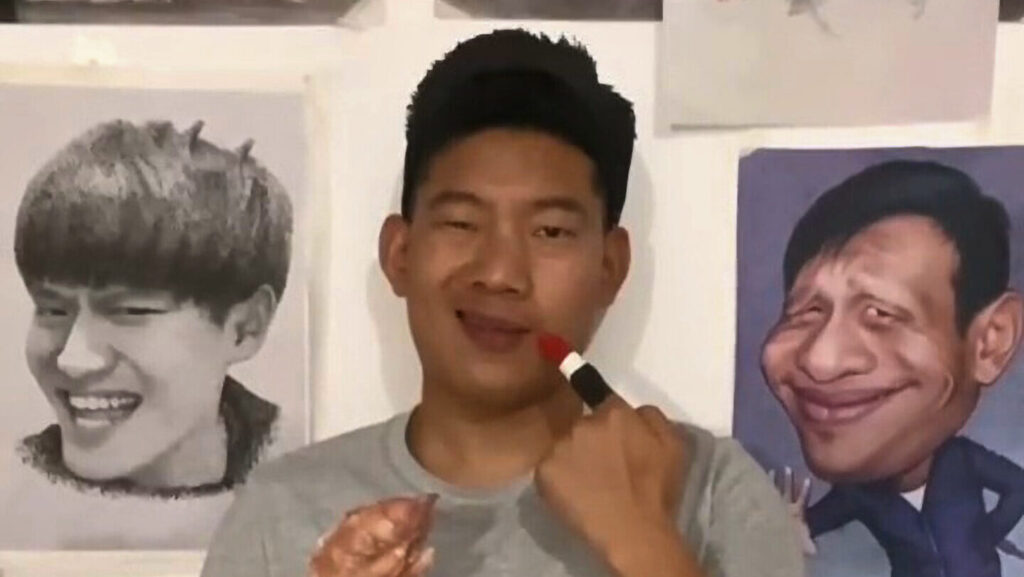 The optical illusions are unusual enough to attract — and baffle — his 8.8 million online followers.

Za Gang, 31, paints and draws all the props used in his short videos, including one in which he reveals the lipstick he is applying is actually his finger. In another, he moves his head and shows his hairline is also a doodle.

In other videos, he uses his illustrations as clothes or parts of his body before revealing them as fake to the unsuspecting viewer.

“In total, a short video can typically take three days from beginning to end. The end result is short and looks like it wasn’t much work, but each one is actually carefully scripted, the lighting is carefully planned, and it needs to be edited, with subtitles or voiceover work,” he said.

Originally from Baoding City in China’s Hebei Province, Gang studied art at Changchun University before becoming an art teacher. He said his videos are a way of inspiring his students to appreciate that art can be both expressive and fun.