City is a ‘Big Jail’: Residents Blocked from China-Built Port in Pakistan 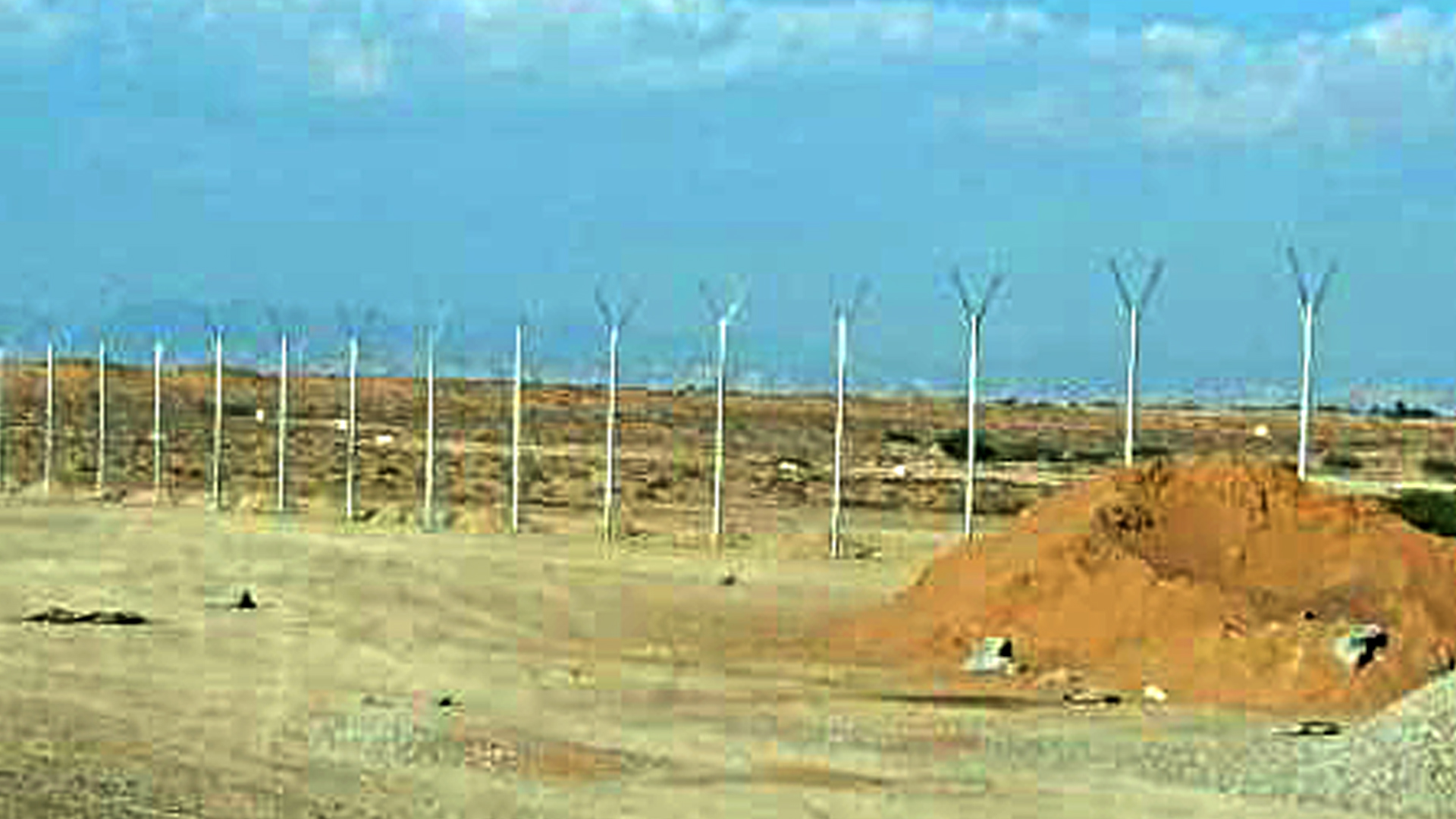 A view of the fencing in progress in Gwadar, Balochistan. Photo Courtesy Hazar Khan

QUETTA, Pakistan — Residents of Gwadar, a city of 90,000 in Balochistan province of Pakistan, are up in arms over barbed wire fencing that’s keeping them out of the area around the city’s new port.

The government is fencing off 24 square kilometers (9.3. square miles) to protect the Chinese-built deep seaport from insurgents. The resource-rich province of Balochistan, which is central to China’s Belt and Road Initiative, has been plagued by sectarian violence, attacks by Islamist militants, and a separatist insurgency that has left thousands of casualties since 2004.,

“Barbed wires are being installed now, but the psychological fencing of Gwadar city had been done years ago by placing check posts and barriers,” said Javed Maula Bakhsh, a local student.

“There is no truth in the news about sealing off the city of Gwadar, and all these news are mere propaganda,” Chief Minister Jam Kamal said on Dec 10.

The China–Pakistan Economic Corridor, a strategic route from western China through Pakistan to the Indian Ocean, is part of the Belt and Road Initiative adopted by China in 2013. 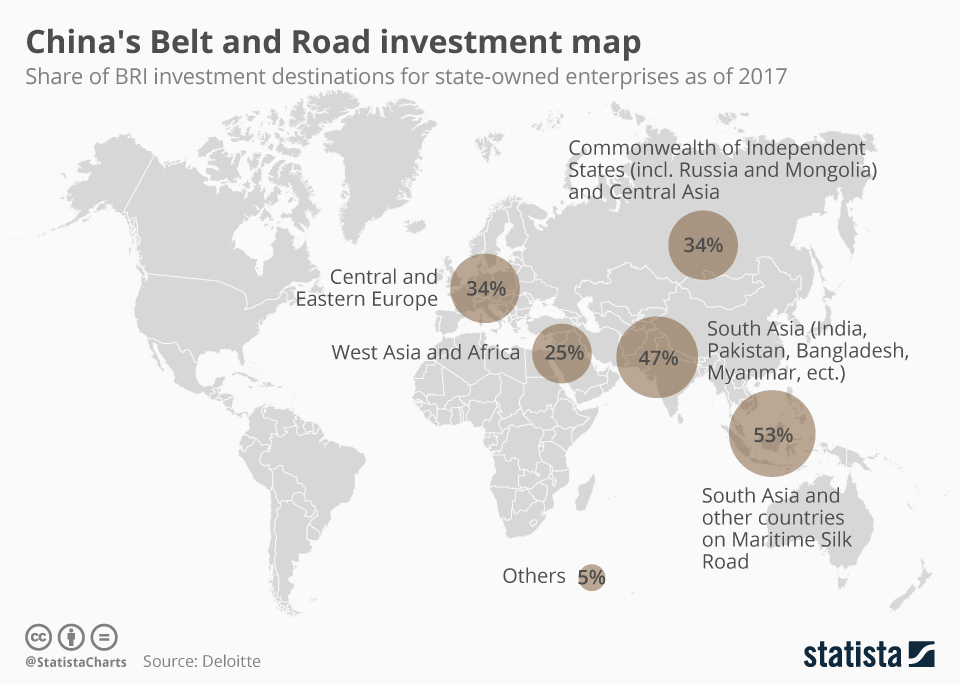 The Pakistan government said that fencing off selected areas is a part of the Gwadar City Master Plan under the Safe City Project and similar to one in Quetta, the province’s capital.  The project requires the use of facial recognition software, number plate identification software and a mobile command software center to monitor and maintain security in the area. Reports say that residents will be required to have a pass to enter or exit the fenced-off area, and more than 450 cameras will be installed across 136 locations.

“What kind of development is this where the locals are forbidden to enter their own land? This isn’t development but exploitation. We will never accept this,”  tweeted Sardar Akhtar Mengal, head of the Balochistan National Party and part of an anti-government alliance called the Pakistan Democratic Movement. Mengal shared two photos of a fenced area that he said is meant to keep out locals.

“Every time you come to check post or security barrier, you are asked why and where you are going. The government should come clean on this issue. The fences are being erected, but the government is in denial mode,” said Bakhsh, the local student. He travels out of the city quite often and is irritated by the questioning and identification requirements at the checkpoints.

Some say the city is now like a “big jail.”

“Checking at the entrance to the city is acceptable as there have been a number of attacks on the security forces and other places inside Gwadar,” said Zafar Raheem, an activist and writer. “But, fencing the whole city and turning it into jail is extremely unwise.”

Gwadar, once a part of the Sultanate of Muscat and Oman, was purchased by Pakistan in 1958 and officially became part of the country.

Raheem said the entry and exit points of Gwadar already had security check posts, and that sealing off part of the city keeps residents from being part of and benefiting from the commercial development.

“The people of Gwadar made efforts to join Pakistan to have human rights and freedom. But, now under a democracy, their freedom and rights are being usurped. And all this is being done to provide security to the Chinese.

“Complete freedom of movement is a necessity for commercial activities,” he said. “Even our cantonments are not sealed like this. Is Gwadar being sealed merely as a war strategy?”

Gwadar has been a prime target for Baloch nationalist militants, who have executed five major terrorist attacks in the district recently, including one in Gwadar city and others on the outskirts of the cities of Jiwani, Pasni and Ormara.

“Billions have been allocated for this purpose and a militia of 700 has been raised,” he said at the time. He also claimed that the unrest was under the direct supervision of Indian Prime Minister Narendra Modi.

The attacks in various parts of Balochistan by numerous secessionist groups have increased over the years.

The Balochistan Liberation Army, a banned militant group, attacked the Pearl Continental Hotel in Gwadar using explosives and rocket fire in May 2019 in one of the deadliest attacks, killing eight people.

In October this year, a convoy of the state-run Oil & Gas Development Co. and the Frontier Corps was ambushed and attacked by a “large number of terrorists,” killing seven members each of the Frontier Corps and the security guards.  The Baloch Raaji Aajoi Sangar, an alliance of three banned militant organizations — the Balochistan Liberation Front, Baloch Liberation Army and Baloch Republican Army —  claimed responsibility for the attack.

The attacks raised questions about the security and safety of the Gwadar port and the Chinese workers in China Pakistan Economic Corridor-related projects.

“The China Pakistan Economic Corridor projects constitute the bulk of Belt and Road Initiative-related activities in Pakistan, and its stated goals align with those in China’s main policy documents,” an article from the Mercator Institute for China Studies states.

While fencing off the city might safeguard these vital projects and the workers involved, some security analysts think it might not help in the long run.

“Fencing does not guarantee that terrorists can be stopped,” said Amir Rana, an independent security analyst.

Recently, Pakistan fenced off its borders with Afghanistan and Iran to prevent such attacks.

“Terrorists improvise and find other ways of achieving their objectives. We have witnessed this along the Pakistan-Afghanistan border. Despite fencing the border, the terrorists are still finding ways to achieve their targets.”

“So, it is safe to say the government will need even stronger reasons to fence cities,” he said. “There will be only two entry and exit points at Gwadar city, and people are already worried. Even if it is being done under the Safe City Project, such fencing is not done in any other city in Pakistan where the project is implemented.”