Between 500 and 600 people from Nepal cross into India every day, authorities say. 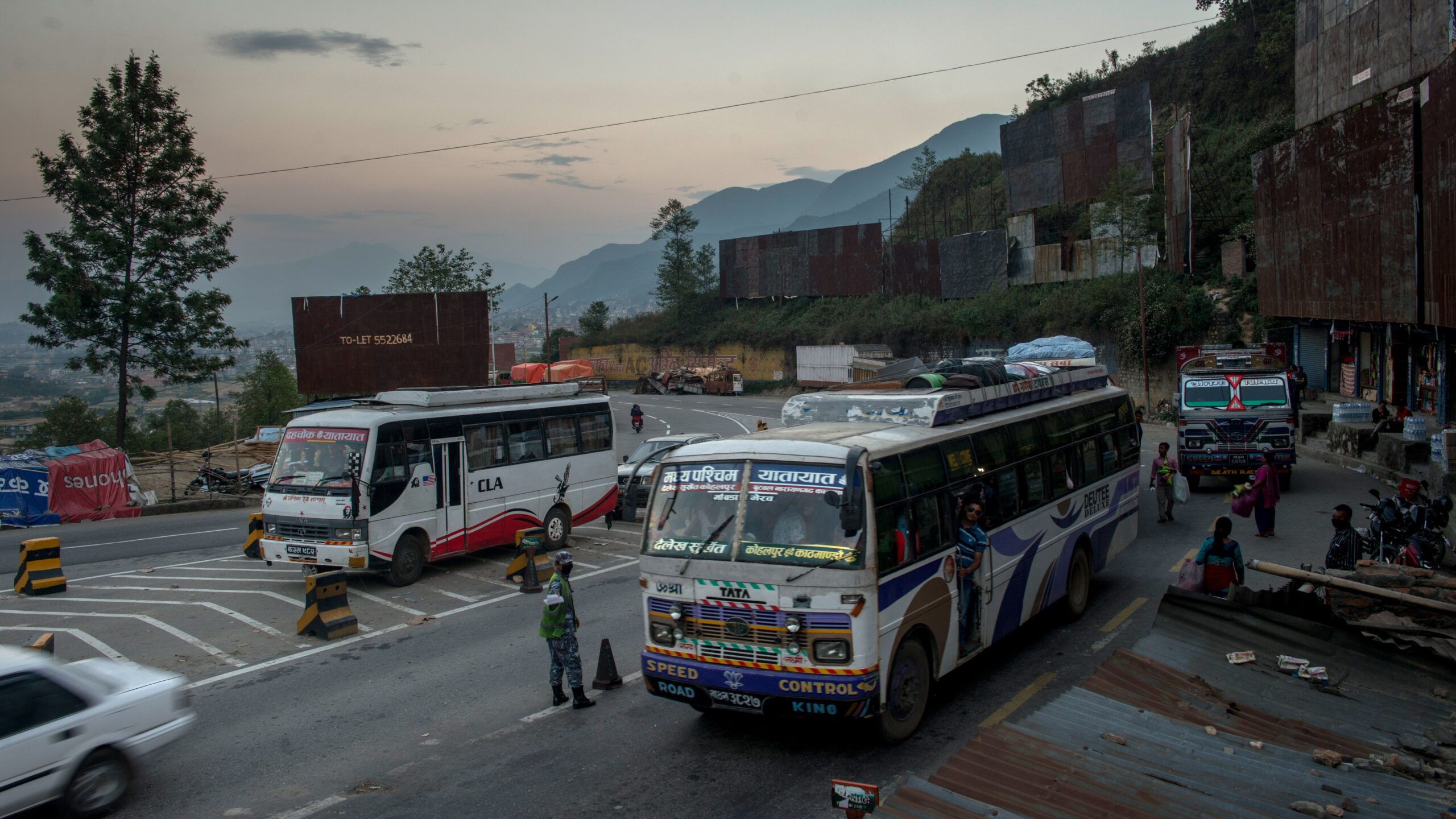 KOLKATA — As an increasing number of Nepali citizens are entering India with unique Indian identification cards, known as Aadhaar, authorities are concerned about a breach of security.

“We are noticing an unusually large number of people from Nepal possessing Aadhaar cards,” Himanshu Kafaltia, sub-divisional magistrate in Tanakpur near the border, told Zenger News. “This flags concern regarding the security. The issue has been raised before higher authorities.”

The Aadhaar card, issued by the Unique Identification Authority of India, assigns a 12-digit unique identification number to all residents. It captures demographic and biometric data such as a photograph, 10 fingerprints, and iris scans, and stores the information in a central database.

Kafaltia said that between 500 and 600 people from Nepal enter India every day, through the Banbasa crossing, most coming for medical treatment. With an Aadhaar card, a Nepali citizen can access subsidized ration and medical facilities in India, among other services.

The Unique Identification Authority office in New Delhi could not be reached for comment.

Migration from India to Nepal is temporarily on hold due to the pandemic. India and Nepal share an open border, but now, except for the Banbasa border, all entry points are closed.  Another key route between the two countries is the International Suspension Bridge at Dharchula in Uttarakhand. During the pandemic, the bridge is opened upon request by the Nepal government. 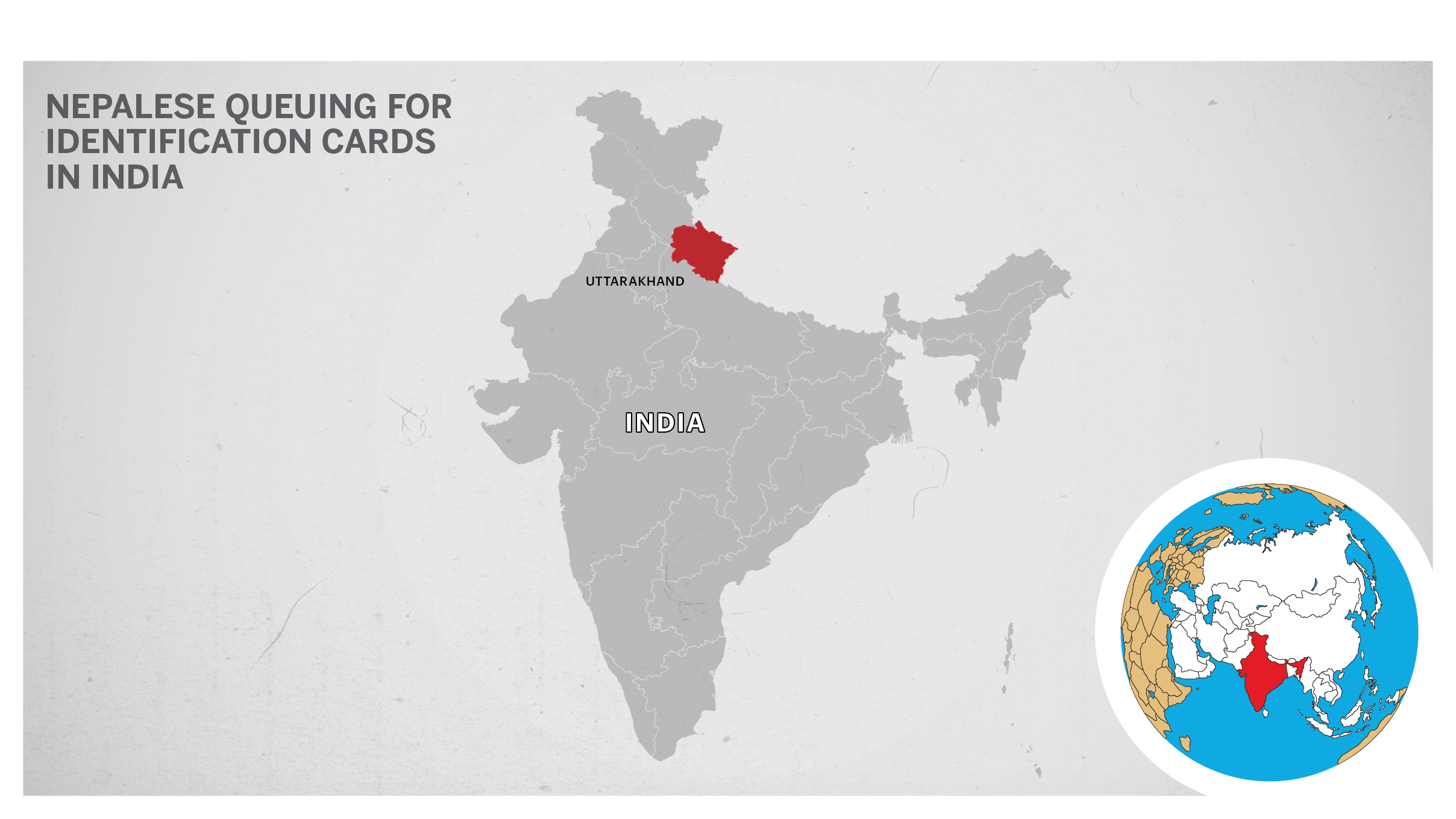 Previously, there were few checks at the border area, and people moved freely without verification, said Kafaltia.

“India and Nepal have a long-standing relationship,” said Anil Shukla, sub-divisional magistrate in Dharchula. “People from both countries visit each other frequently. Since visa and passport are not required, the crowd cannot be controlled well, and there is no count of the number of people who came to India before the pandemic.”

Nepal shares a border of over 1,850 kilometers (1,149 miles) with five Indian states — Sikkim, West Bengal, Bihar, Uttar Pradesh, and Uttarakhand. So far this month, 39 Nepalese have tested positive for Covid-19 at Banbasa in Uttarakhand.

“Of late we see that most of the people carry Aadhaar cards as the identification proof,” said Mohammed Umar, a medical officer in Banbasa.  “Most of the people are residing in Nepal, but they have a valid identification proof of India as well. Many come across since there is a medical emergency, and people without a proper id proof are usually sent back to the medical team which is working in Nepal.”

Umar said that nearly 250-300 citizens a day from Nepal visit the medical center in India for checkups and emergencies.

The India-Nepal Treaty of Peace and Friendship signed in 1950 grants special status to Nepali citizens for access to facilities and opportunities on par with Indian citizens.

In recent years, relations between India and Nepal have faltered.

On May 8, India opened a new 80 km (50-mile)-long road in the Himalayas, connecting with the border with China at the Lipulekh pass. Soon after, the Nepal government released a new political map claiming the Kalapani-Limpiadhura-Lipulekh junction between Nepal, India and China (Tibet), The Kalapani territory is at the eastern border of Uttarakhand in India. Nepal deployed police to the region and summoned India’s ambassador to Kathmandu.

“India has been in effective possession of this territory for at least sixty years, although Nepal claims it conducted a census there in the early 1950s and refers to the 1815 Sugauli Treaty [at the end of the Anglo-Nepalese war] as legitimizing its claims,” a report by the  U.S.-based Brookings Institution states.

“But India’s new road, up to the Lipulekh pass, is not an unprecedented change in the status quo. India has controlled this territory and built other infrastructure here before, besides conducting its administration and deploying military forces up to the border pass with China,” the report states.

An estimated six million Nepalese lived and worked in India as of 2014, according to government data.  Somewhere between 28,000 and 40,000 Nepalis serve in Gurkha regiments of the Indian Army. Their service dates to the Anglo-Nepalese war, when the British were so impressed with the loyalty of Nepali defectors and with their fighting ability, that they formed them into a battalion in 1815.