The airline was taken over by the government when it nationalized all the country's carriers in 1953.
By Sree Veena Mani December 17, 2020
Facebook
Twitter
Linkedin
Email 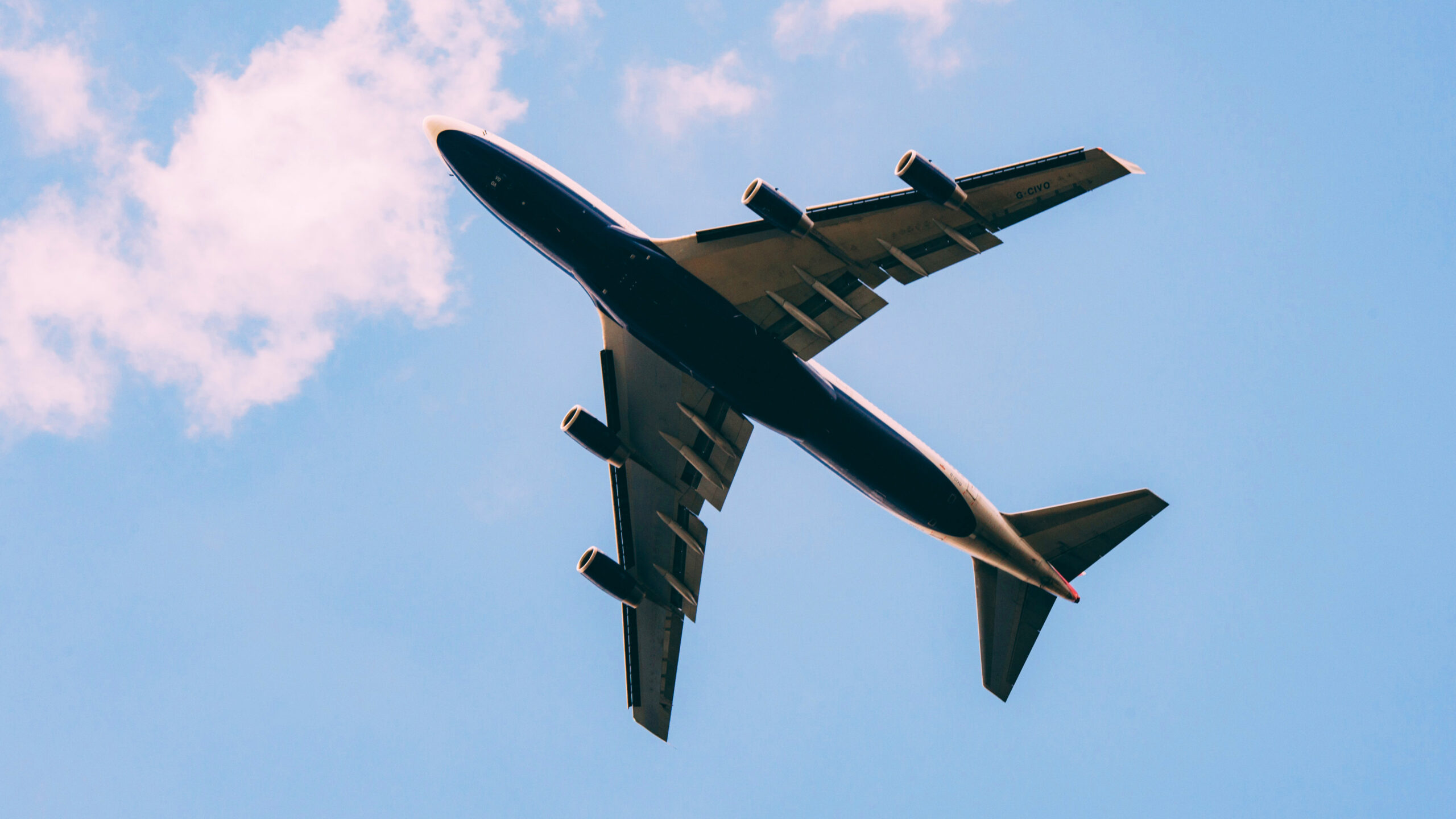 TAMIL NADU — A number of bidders — including the original owner — are vying to breathe new life into debt-ridden Air India.

Now, India’s largest conglomerate, Tata Group — which founded Air India as Tata Airlines in 1932 — is among the bidders for the beleaguered airline. Tata’s bid is reported to be submitted through AirAsia India, which it owns jointly with AirAsia Malaysia.

Despite the concerted effort to revive the flag carrier, aviation experts are divided over the financial viability of Tata’s interest in Air India.

“They (Tatas) are majority shareholders in existing airlines [Air Vistara, and AirAsia India]., which are also making losses,” said Shakti Lumba, former executive director at Alliance Air, an Air India subsidiary. “Aviation is no longer in their DNA. The employees showing interest for 51 percent also does not make sense. The government should and needs to exit Air India.”

A group of 200 airline employees, in conjunction with U.S.-based fund Interups Inc., is also submitting a bid. Their bid proposes a 51 percent stake for Air India’s employee association of about 219 employees, including board members, and a 49 percent stake for Interups Inc, Laxmi Prasad, chairman of Interups said.is quoted in media reports. The deadline closed on Dec. 14, and the government reportedly will notify bidders on Jan. 5. 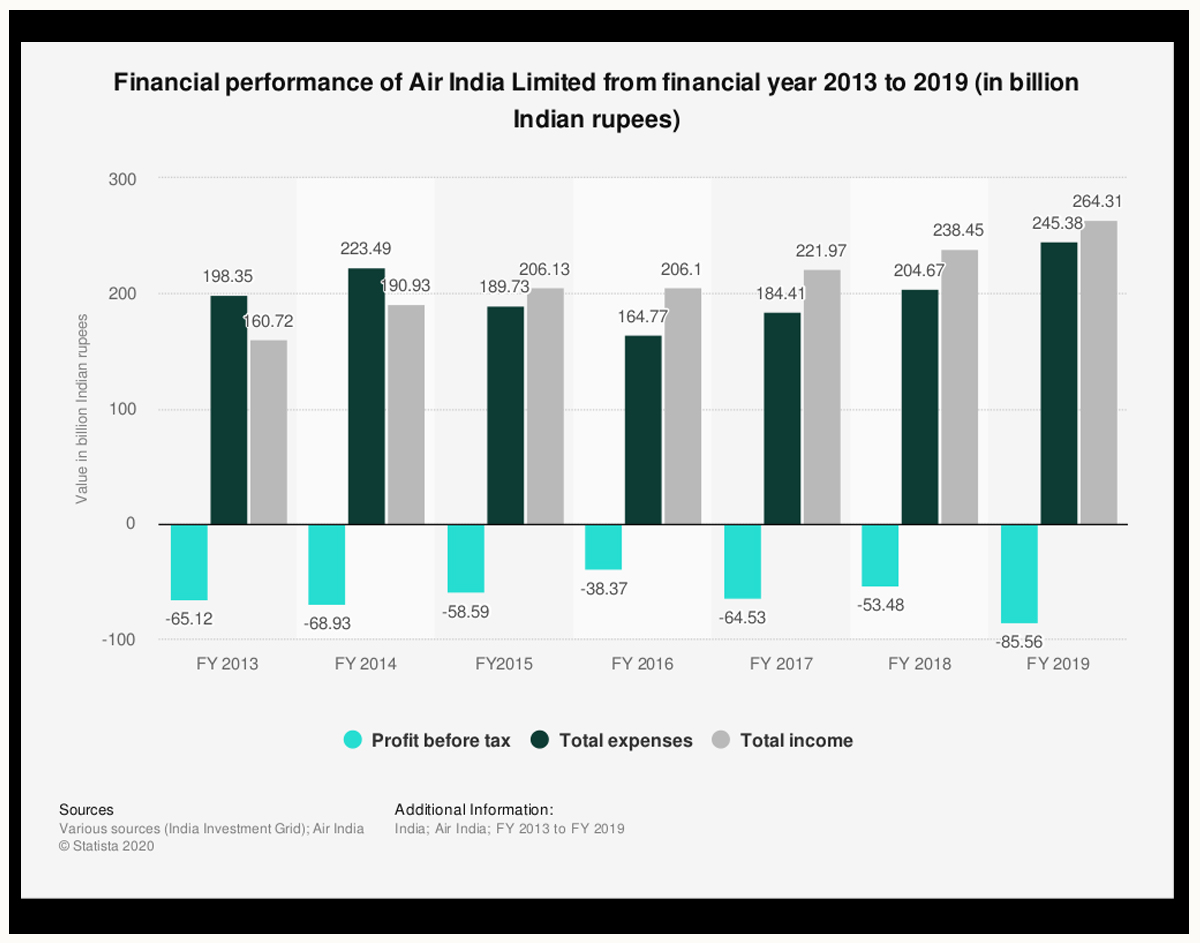 Air India was started by Jehangir Ratanji Dadabhoy Tata, popularly known as JRD Tata, the founder of Tata Group. It was India’s first airline, and JRD himself flew the first flight between Mumbai and Karachi.  In 1953, the government nationalized all private airlines.

The government first invited bids for the struggling national airline In 2018, but it received no responses.

Recently, a consortium of Murari Lal Jalan, an Indian businessman based in the United Arab Emirates, and Karlock Capital, a UK- based global financial advisory and asset management firm, emerged as the winning bidders for Mumbai-based international airline Jet Airways. It also struggled financially and declared bankruptcy in 2019.

Another private airline, IndiGo, reported a loss before tax of INR 2.75 billion ($37 billion) in financial year 2019-20, when it held a 7.4 percent market share among major airlines in the country.

Despite the problems in the Indian aviation sector, Air India’s fleet is desired by airline operators, say analysts.

“Air India not only has good slots and planes, but it also has a good distribution and goodwill in North America and Europe,” said Ameya Joshi, founder of Network Thoughts, an aviation analysis website. “What would eventually matter is how much the Tata Group will pour into Vistara to reach Air India’s scale and compare it to the cost for which Air India is already available.”

“Vistara is looking for wide-bodied aircraft,” said Rohit Tomar, managing partner at Caladrius Aero Consulting. “Air India has those wide-bodied aircraft which Vistara can take from Air India. Air India’s biggest problems are its employees and the union. Nobody other than the Tatas can handle them.”

Joshi thinks that the Tata Group would also be able to iron out problems with Air India’s employee unions. 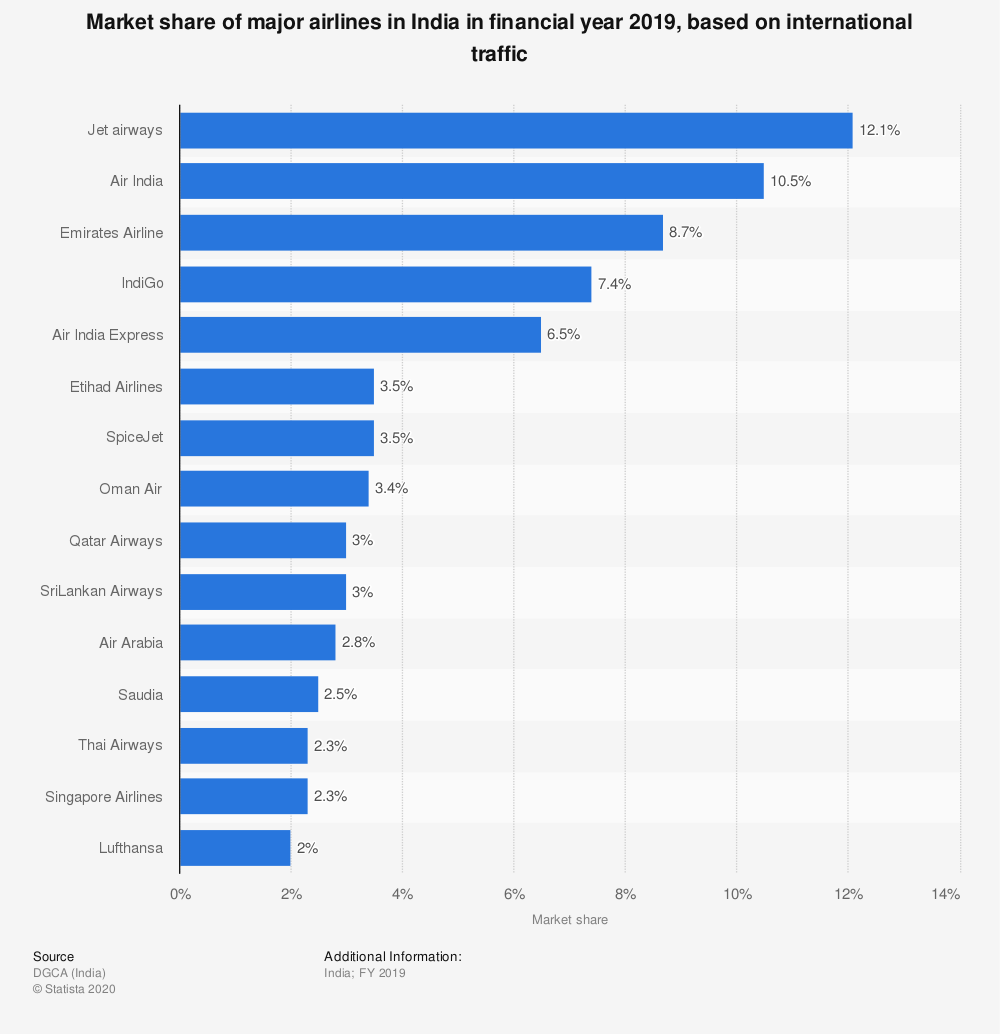 Since talks of Air India divestment began, the employee union has been threatening to go on a strike. Some pilots who were laid off approached the National Company Law Tribunal under the insolvency and bankruptcy law to recover their pay.

Under India’s bankruptcy laws, Air India’s employees who were not paid are considered operational creditors as they provided a service to the airline in lieu of financial compensation.

In 2014, a revival plan was placed with the airline given targets to cut costs and improve efficiency, but these objectives were not met.

When the government nationalized private airlines, it merged all the airlines to form Air India International and Indian Airlines. In 2007, the two were merged to form Air India.  Air India’s losses increased from INR 65 billion ($882 million) in financial year 2012-13 to INR 85.56 billion ($1.1 billion) in 2018-19. India follows the April-March fiscal year.