Australia’s Most Dangerous Bird Is Threatened with Extinction

Fewer than 1,500 cassowaries remain in the wild in Australia. The spectacle of nature plays a critical role in rainforest growth. 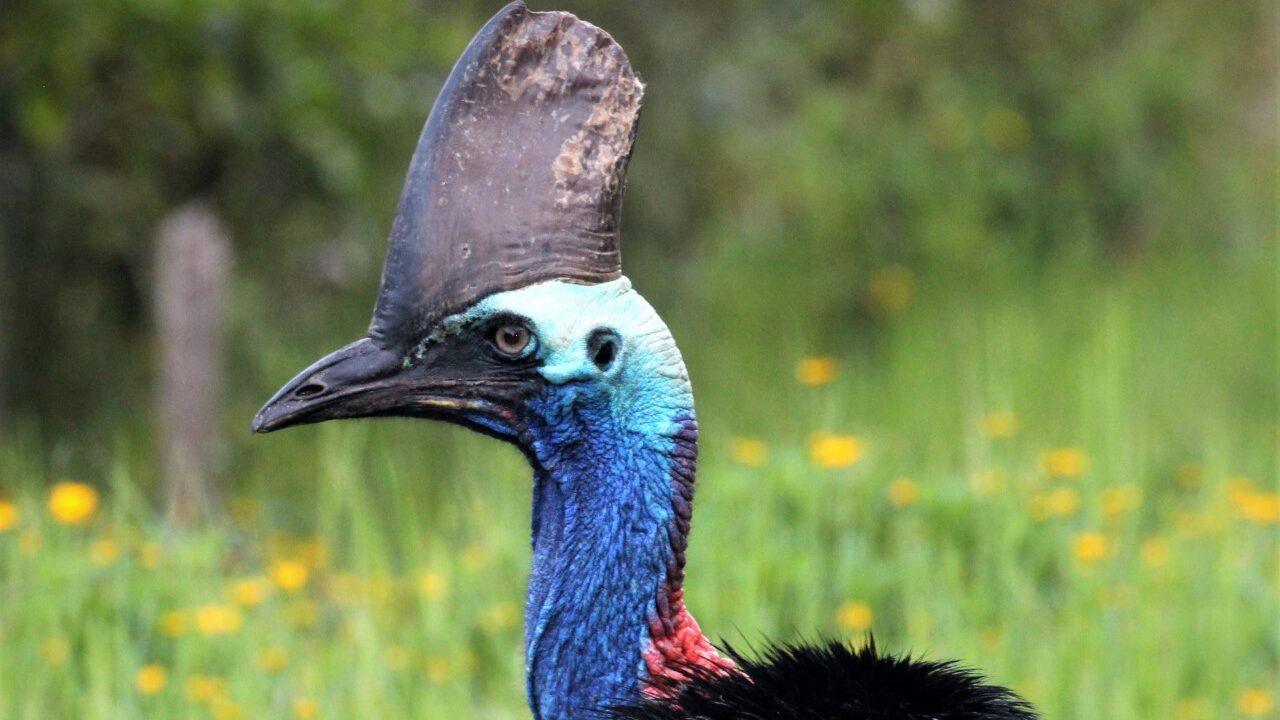 In the presence of the Southern Cassowary, time stands still. The large, flightless bird is a spectacle of nature, with its fierce features, shaggy-feathered body and three-toed claws. For the first-time tourist, spotting a cassowary is a bewitching experience — but locals remain entranced, too. Pottering through World Heritage rainforests and backyards, the big bird is an illusive mascot for the Wet Tropics of Queensland.

Despite being shrouded in mystery, there is one thing advocates and experts know: Cassowaries are on the brink of extinction. Only 1,200 to 1,500 cassowaries remain in the wild in Australia, with the highest concentration found in the sleepy four-village town of Mission Beach. It’s the closest land-point to the Great Barrier Reef and provides a fertile habitat for the creatures. Remove the cassowary and the ripple effect is felt throughout the ecosystem.

“Cassowaries are a cornerstone part of our environment. If the bird disappears then the rainforest disappears. We would see a disappearance of certain types of trees or plants. We’re talking hundreds of years for the ecology to change, but it would probably change to a different type of rainforest,” said naturalist Jeff Larson of Community for Coastal and Cassowary Conservation.  It’s terrifying the cassowary could become an icon in name only, says local activist Liz Gallie.

The Mission Beach community has fought for the cassowary for 20 years. Endangered by speeding cars and dog attacks, no method has kept the population intact. In the past 28 years, an estimated 120 adult cassowaries have been killed by these lethal threats. When Mrs. C, a beloved local cassowary icon of over half-a-century, was hit and killed by a speeding vehicle in South Mission Beach, it sparked community action.

Local advocates, conservation experts and state and local government have joined forces to devise strategies to protect the cassowary. Proposed solutions include ads and campaigns targeting locals and tourists, and educational updates to schools. “It’s an ongoing problem that’s only going to get worse, not better,” Gallie said.

The Queensland State Government also launched a landmark project in July — building a vegetated land bridge that will let the birds cross a multi-lane road. The highway has previously been a troublesome area for cassowary crossings, as it interferes with their natural corridor. That’s key, since the cassowary plays an integral role in the flourishing ecosystem. The seeds in their dung helps the rainforest grow.

And despite a reputation for being dangerous, they are responsible for only two deaths in nearly 100 years — when they were provoked. Otherwise, the cassowary is shy and timid.

“People become transfixed,” Gallie said. “They’re the most tranquil, beautiful, big entities that share their time with you.”

«Previous Post
Canadian Company Presses Ahead with Oil Exploration in Southern Africa Despite Opposition»Next Post
Ingrid Macher Came Close to Death, and It Changed Her Life