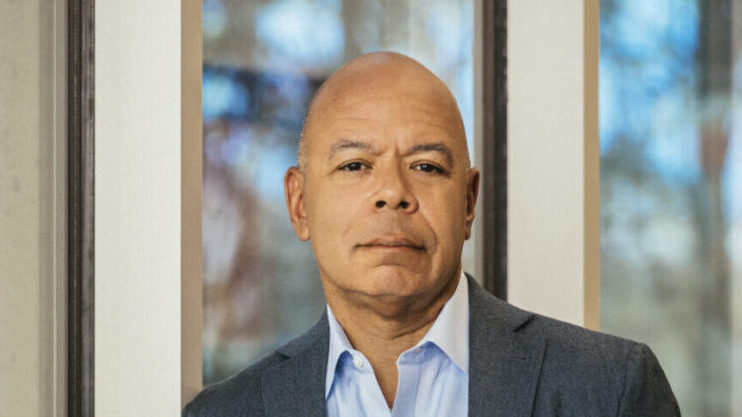 Kevin Warren, pictured above, was only the second outsider in the company’s 113-year history to join in at the C-suite level. (Photo courtesy UPS)

ST. AUGUSTINE, Fla. — When he came on board as UPS’s chief marketing officer in June 2018 after a 34-year career at Xerox, Kevin Warren was only the second outsider in the company’s 113-year history to join in at the C-suite level.

Now, in a business that has long prided itself on promoting from within, Warren brings to the package delivery industry a new set of eyes and a mandate to drive the company’s success in the world of e-commerce.

Warren’s selection reflects a “major uptick in the number of CMOs with ethnically and/or racially diverse backgrounds; positive signs that companies are taking seriously the importance of increasing diversity at the most senior levels of leadership,” according to a report released in May by leadership advisory firm Spencer Stuart.

On the other hand, as a whole, corporate governance expert Cydney Posner writes in The Sorry State of C-Suite Diversity that “the representation of racially diverse executives in the C-suite is slightly skewed toward positions with lower potential for advancement. [We] find that ethnically diverse executives have lower representation in positions that directly feed into future CEO and board roles,” like general counsel or human resources.

And, while some companies may view these marketing functions as “discretionary,” Warren said he sees the role of marketing quite differently.

“My mandate is to raise the voice of marketing inside the company to a strategic level and show how it contributes to the performance of the company,” he said. “And we’re winning by saying what we’re going to do and going out and doing it.”

Warren grew up in the Petworth neighborhood in Northwest Washington, D.C., the youngest of four, and only son of Lucy, a school teacher, and Billy, a counselor in the D.C. Department of Corrections and was a part-time cabbie.

It was there that he had to balance the academic rigors of a White prestige school with an active collegiate social scene that included his initiation into Kappa Alpha Psi Fraternity, Inc. and the vibrant Black Greek social scene that blanketed the District in the early to mid-80s.

“Georgetown was a liberal arts school, so I was studying theology with concepts of atheism, Kierkegaard and Jean-Paul Sartre,” said Warren, who graduated in 1984 with a finance degree. “Georgetown fed me academically, but I had to find an alternative social outlet to augment what I was getting on campus. I had good balance; I just had to navigate it.”

Warren also recalled Georgetown as a cultural mile marker that changed his perspective on life.

“It was an environment that gives you an opportunity to test yourself with others, which gives you confidence as to what you can achieve,” he said. “It was really about going outside my comfort zone and really kind of opening up to what was possible.”

“My goal was to go to Wall Street,” Warren said. “But, I took an internship with Xerox during my senior year and ended up falling in love with the company.”

Given his own sales territory a year later, Warren pounded the pavement, cold-calling potential customers, and honed his skills as part of a sales team.

“It was a culture of success that was unbelievable. It was a very young company, and diverse well beyond a lot of its peers as far as Blacks and women,” he said.

Early on at Xerox, which then specialized in office copiers and printers, Warren identified two mentors/role models that would help define his career: Barry Rand, a former executive vice president of worldwide operation who allegedly left Xerox after being passed over for the top job there in early 1999 to become the CEO at Avis Holdings, and ex-NFL linebacker and former Senior Vice President Dave Garnett.

“[Barry] was sharp, but down enough to connect with men and women, Blacks and Whites,” Warren said. “He was the picture of what the possibilities could be.” (Rand died in 2018.)

Garnett, said Warren, taught him that “you always need to be adding to your portfolio. It’s the whole concept of identifying what skills you have, what skills you’ll need in the future &mldr; and how you’re going to get those skills to differentiate you from the competitive landscape.”

But, it was the emergence of network computing that catapulted Warren into the stratosphere of senior leadership. In the ’90s, as standalone copiers and printers were being replaced by network office systems, Warren found himself in a position to train his colleagues on the new technology.

“I took a pay cut and took myself off the management track for 21 months to teach our sales teams and analysts how to sell this new technology, but it exposed me to senior management and put me on a trajectory a lot faster than I would have been had I not taken that chance.”

Warren left Xerox in 2018 after serving as executive vice president and chief commercial officer, and several other executive leadership positions in the United States and Canada.

Long after his Xerox days, Warren’s formula for success is now the “secret sauce” for its leaders’ next generation.

“People use this cliché all the time, but Kevin was a servant leader who didn’t mind rolling up his sleeves and getting his hands dirty when needed,” said Kamonte McCray, who worked for Warren beginning in 1995 and is now a Xerox senior vice president and general manager for the Content Management and Workflow Software Group.

“He was the ‘North Star’ that I followed because I aspired to be him. I would hope that when people talk about me, they’d say the same thing.”

Regardless of one’s previous successes, coming into a new industry is not an easy feat, particularly in a company that prides itself on established practices and its prowess in the field.

Chris Byrne, UPS vice president of marketing operations and digital acceleration, and Warren’s de facto chief of staff highlighted the pros and cons that Warren faced when making the jump from Xerox to UPS, a major package-delivery service.

“The pro is that you can come in with a fresh set of eyes and begin to ask questions like, ‘Why do we do it that way or do we have to do it at all?’” said Byrne, who followed Warren from Xerox.

“When you come into the company [from the outside], you can see these things more clearly. The con is that there is a learning curve and corporate nuances that impact your abilities, but to see things with fresh eyes outweighs those cons.”

Fresh eyes and building followership is what Warren brings to the table as a relatively new UPS executive, added Byrne.

“People get behind Kevin,” Byrne said. “Why is that? It’s because if you’re invested in what he believes in as a leader and the things he stands for, he’ll support you. He builds trust, and he extends trust.”

Evidence of that trust is UPS’s commitment—primarily driven by Warren to change its image among small-and-medium-sized businesses through its “Be Unstoppable” initiative that offers a suite of shipping tools and special discounts.

Warren said, “this program is designed to change the company’s public perception as a reliable, but somewhat stodgy, delivery company.”

“Our industry is being disrupted, and the biggest disrupter is e-commerce. Just like the digital copier and printers disrupted the older copier technology, the same is happening with companies like Amazon and Shopify, and even customers like Walmart and Target. We’ve got to be able to better understand the dynamics of the e-commerce industry.”

Warren is a keen proponent of diversity and inclusion for people of color, especially in the top ranks of corporate management.

“Race is always there. Early on in my career, it was less of an issue because there was more diversity in the lower and middle ranks, but as you ascend to the top ranks, it’s a real dynamic that has to be dealt with.”

As a director of Illinois Tool Works, Fiserv, Georgetown University, and the UPS Foundation, Warren is now focusing some of his commitment to diversity on board representation as a way to build a pipeline to the C-suite positions he has occupied over the years.

A similar push is underway on Wall Street as well.

“It’s so important to have a seat at the table because we’ve gone backwards in terms of black CEO representation versus 10 years ago,” Warren said. “Blacks in the board can ask where we are in terms of succession planning from a diversity pipeline standpoint. This is not philanthropy. This is practical; this is business.”

(Edited by Matthew B Hall and Natalie Gross)