To Hell And Back: Colombian Island Morphed From Prison To Tropical Paradise

Twelve varieties of snakes and scores of mammals, amphibians, and birds inhabit the UNESCO-protected site. 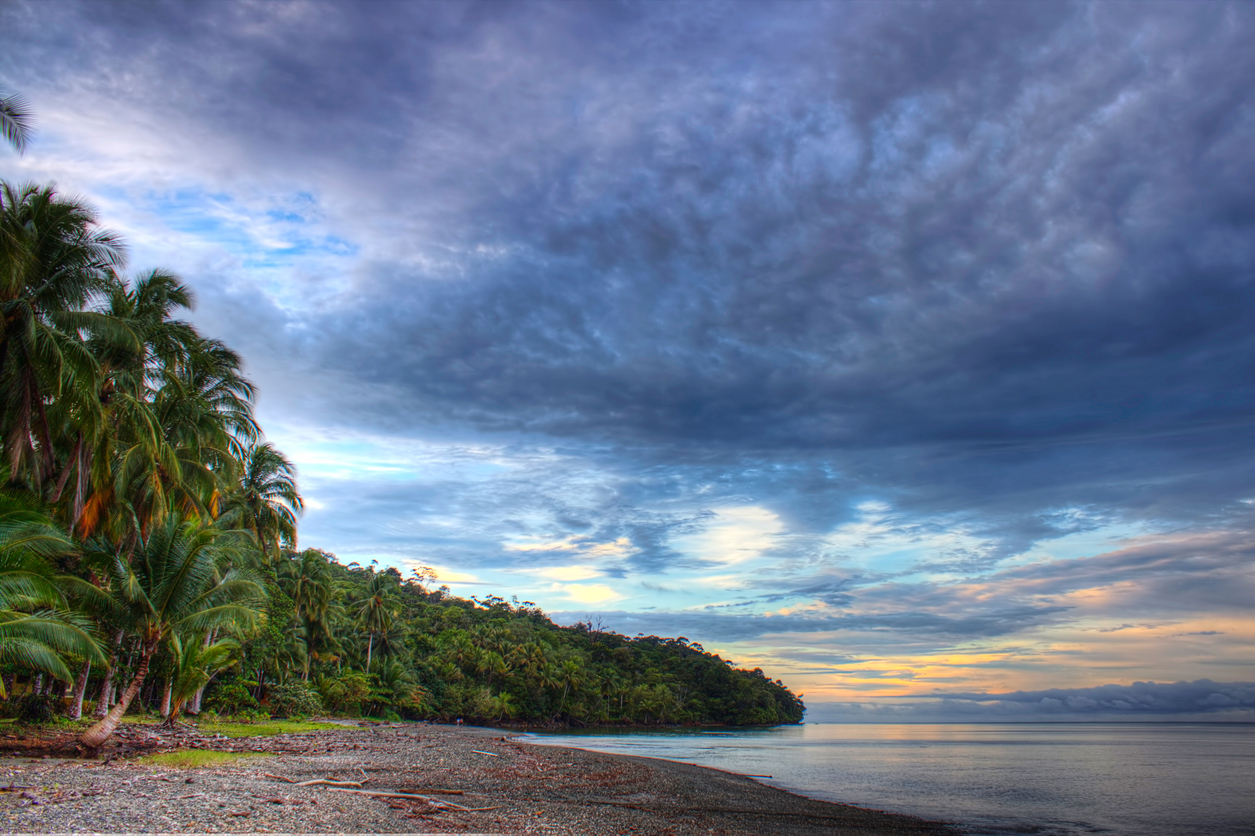 After sunset in Gorgona island, Colombia. (Photo by EcaterinaLeonte, iStock)

Gorgona Island is located 22 miles off the Colombian Pacific coast. More than 5 miles long and almost 2 miles wide, it once served as a maximum-security prison till 1984.

It now has a more peaceful charge.

Gorgona Island is an ecotourism destination offering stimulating activities and a wide variety of flora and fauna, as well as coral reefs. The humpback whale and newborn are visible from its shores from August to October. Malpelo and Gorgona are the two largest Colombian islands in the Pacific Ocean.

There are two ways to reach Gorgona Island: via Guapí or Buenaventura. From Guapí, one travels by boat for 90 minutes to two hours. People who come from Buenaventura arrive by boat in groups of 10 after a four-hour tour. Or they can take a cabotage boat in the port. The full trip can last up to 12 hours.

Governments used to build prisons far from civilization to prevent inmates from escaping — and islands served this purpose. 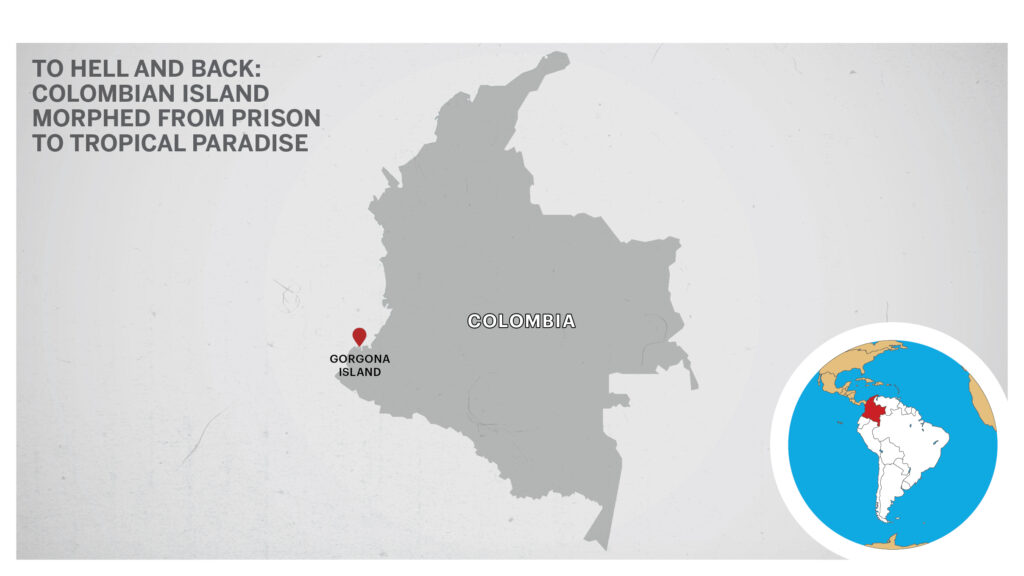 How did Gorgona Island become a prison?

Discovered in 1526 by Bartolomé Ruiz, Gorgona received different names before the official one. At first, Ruiz called it San Felipe.

Later, when conquistador Francisco Pizarro landed with his crew on its shore, the name changed. The island had snakes, and it reminded the sailors of Greek mythology. So, they called it Gorgona Island, inspired by the Greek Gorgonas — beautiful women with snakes on their heads instead of hair.

During pre-Columbian times, indigenous tribes lived in Gorgona. The island also served as a refuge for native people during times of war and violence.

President Alberto Lleras Camargo ordered the construction of a maximum-security prison in 1959. It was convenient to use the island as a jail because its conditions — snakes, sharks, and tropical weather — prevented escape. Known as the Colombian Alcatraz, the prison opened in 1960.

Relatives and the inmates themselves reported Gorgona’s degrading conditions. Convicts slept on tables instead of beds, and they used holes in the ground as toilets. The 31×31 inch cells did not have a roof, and often rainwater got to the prisoner’s height. To feed the inmates, guardians threw them food that blended with their feces and stagnant rainwater. Prisoners were often struck by diseases or bitten by poisonous snakes, but did not receive any medical care.

During the 23 years the prison existed, there were 25 escape attempts. Only three succeeded. The most notorious case was Eduardo Muñetón Tamayo, who escaped and camouflaged in the bushes, sailed on a log raft, and hid for two and a half years. Later, he was discovered and sent back to jail.

President Belisario Betancur closed the prison in 1984 and declared the island a National Natural Park.

Tourists can visit the National Park’s three islets and different marine sections. They can hike, see birds and learn about the scientific research conducted in the area.

Gorgona has a wide variety of subtropical foliage. Tourists can also hear and see different monkeys, mainly white-faced capuchin and sloth, found mostly in South and Central America. There are 17 species of mammals, including bats, 14 species of amphibians, 56 of reptiles, and 148 of birds on the island. Gorgona holds a record of 12 varieties of snakes (among them boa imperator, coral snake, chonta snake, and sea serpent.) Regular control protocols keep the tourists and workers of the island safe.For nature lovers, Gorgona Island is an off-the-beat option.

Gorgona Island is one of several global islands that once served as penal colonies, including the notorious Devil’s Island in French Guiana, that housed an innocent Alfred Dreyfus for four years. Napoleon was exiled to St. Helena, in the middle of the South Atlantic, after his defeat at the Battle of Waterloo in 1815. Nelson Mandela was confined to Robben Island, South Africa, seven miles from Cape Town, while Al Capone and the Ma Barker Gang were sent to Alcatraz, off the coast of San Francisco.