America Mourns the Loss of a Cultural Movie Icon 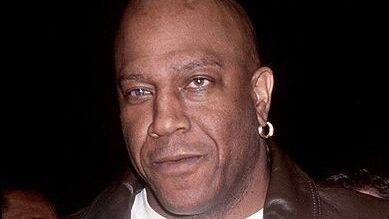 Legend Tommy "Tiny" Lister at the premiere of his then celebrated movie, "Next Friday." (Photo by Brenda Chase Online USA, Inc.)

Amid the shock surrounding the loss of Tommy “Tiny” Lister, we’ve learned that there were aspects of his life and final years that were even more of a mystery than the immediate hours after his sudden death.

“He was really private about his health,” said Vincent Brantley, an actor/director/producer and former songwriter of such hits as New Edition’s “Cool It Now” and Lister’s cousin through marriage.

In a phone conversation with EURWEB’s Lee Bailey late Thursday, Brantley paints a portrait of Lister as a father doting on his 10-year-old daughter, and also a fiercely private man who had a strained relationship with his extended family, fell on hard times financially, served three years in prison and was looking forward to a big payday to reprise his iconic role of Deebo in the next “Friday” film.

“That’s all he talked about, and he was going to get a big paycheck for half a million dollars,” Brantley said. “That was going to be his big rebound.”

Brantley said he and Lister were also pitching a pilot centered around a retired Hall-of-Fame NFL player starting a family restaurant, a project that was crafted as a starring vehicle for Lister but was derailed by COVID-19.

Brantley said he, like everyone else, is waiting for Lister’s autopsy report to learn the cause of death but did notice that something was a bit off with his cousin in the last several times they hung out.

“Each time I saw him, he was moving slow. He looked good in one respect, but there was an unhealthy quality to him, and I couldn’t really put my finger on it,” Brantley said, adding, “I think he had some issues with his sugar.”

Lister was “really private about his health,” Brantley said. “He wasn’t really about showing weakness.”

His health wasn’t the only thing Tiny kept to himself. Not too many fans knew that Lister spent about three years in jail.

“He’s only been out maybe two, three years,” Brantley said. He described Tiny’s crime as a federal case involving a real estate foreclosure scam among business partners. “He was making a s**tload of money. They were making a lot of money. He pretty much lost everything.”

Once Tiny got out of jail, Brantley said that he and another cousin gave him money to help him get on his feet, and he was able to experience profound joy in his final months through precious time spent with his 10-year-old daughter, Faith.

“In the last year, he’s just been glued to his daughter,” Brantley said.

“A lot of times guys who have kids later in age discover … Tiny kind of discovered his father’s side,” he continued. “That little girl had his heart wrapped around her finger.”

Listen to the entire conversation between Brantley and Bailey in our For The Record podcast below: