The 72-year-old was admitted in hospital with complications related to Covid-19. 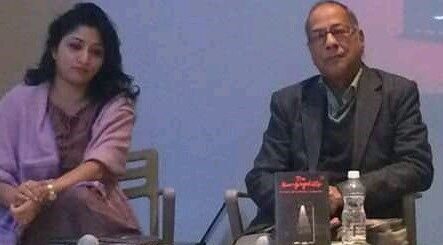 NEW Delhi — Mangalesh Dabral, one of the leading Hindi language poets of his generation and translator of Pablo Neruda, Bertolt Brecht, and Ernesto Cardenal among others, died in India’s capital New Delhi on Dec. 9.

As the news of Dabral’s death spread over social media, the literary community in India remembered him as the kind, bespectacled man with an eye for detail.

“He was a gentle, unassuming person with not an ounce of self-importance — a poet-spirit,” wrote poet Srilata Krishnan on Facebook. “In February last year, he translated — in true poetry camaraderie — three of my poems into Hindi for the magazine Pehal. He did this over several sittings, going over each word with me. I consider that one of the high points of my life.”

Dabral, 72, passed away due to Covid-19-related complications.

“He was first admitted to a hospital in Ghaziabad on Nov 27 after testing positive,” poet and Dabral’s translator Sarabjeet Garcha told Zenger News. “He was doing OK for a few days.”

Dabral’s family decided to move him to the All India Institute of Medical Sciences, New Delhi, on Dec 4.

“His condition deteriorated, and his organs started malfunctioning on Dec 7,” said Garcha. “On Dec 9, he suffered two consecutive cardiac arrests. The doctors tried to revive him, but did not succeed.”

Born in a village in the northern state of Uttar Pradesh (now Uttarakhand) in 1948, Dabral studied in Dehradun, a hill station about 250 km north of New Delhi. He moved to the national capital in the late-1960s and began working with different Hindi newspapers such as Hindi Patriot, Pratipaksh and Aaspaas, before moving to Bhopal in central India where he worked as an editor of Purvagrah.

He was also the editor of Ravivari, the Sunday magazine of Jansatta, a Hindi newspaper, where he mentored generations of Hindi writers.

“He was a part of the group of Leftist poets who emerged in the 1980s in Hindi poetry,” said New Delhi-based poet and academic Savita Singh. “This generation included poets such as Alok Dhawan, Gorakh Pandey, Neelabh Ashk, and my husband Pankaj Singh.”

“All of them were deeply inspired by the philosophy of Naxalism,” she added.

Naxalism is an extreme Leftist philosophy, deriving its name from the village of Naxalbari in the eastern state of West Bengal, where a Maoist movement began in 1967. It has continued in different forms through the decades, though it is mostly restricted to the hinterland now.

A lifelong Leftist, Dabral was opposed to the rise of neoliberalism in India and the Hindu right-wing. In 2015, he returned an award from India’s academy of letters, Sahitya Akademi — which he had received in 2000 for Ham Jo Dekhte Hain — to protest against a growing climate of intolerance in the country.

“But his poetry was not just agitprop,” said Singh. “He was very concerned about the craft of poetry.”

Singh and her now-deceased husband knew Dabral for decades.

“He often came to our house for dinner and drinks,” she said. “He would play with my daughters and sing. He had a beautiful voice and could play the harmonium.”

Dabral’s poetry was translated into several languages — in India and abroad, but he was also a formidable translator himself, rendering into Hindi the verses of international authors such as Pablo Neruda, Bertolt Brecht, Ernesto Cardinal, Yannis Ritsos, Tadeusz Rozewicz, and Zbigniew Herbert.

“When he translated a poem into Hindi, it seemed like a Hindi poem,” said Singh.

“He was very meticulous,” said Garcha. “He sweated over every word. It is from him I learnt the importance of going over several revisions for each poem.”

Translating a translator like Dabral was not an easy job, claims Garcha who has rendered 50-odd poems of Dabral into English.

“The Hindi he used was not in the least Sanskritized,” he said. “It used a sort of regular, everyday dialect.”

Hindi is one of India’s two official languages, along with English. It is the mother tongue of nearly 44 percent of Indians, according to the 2011 Census. But, it is spoken in hundreds of dialects as a confluence of different literary forms.

“He was a formidable prose stylist,” said Garcha. “A book of his prose in my translation was to be published this year. But we postponed it because of the pandemic. It’s a decision I regret.”

Dabral is survived by his wife, daughter, and son.