Conservation efforts and wildlife research have contributed to the doubling of the tiger population to above 2,900.
By Saptak Datta December 13, 2020
Facebook
Twitter
Linkedin
Email 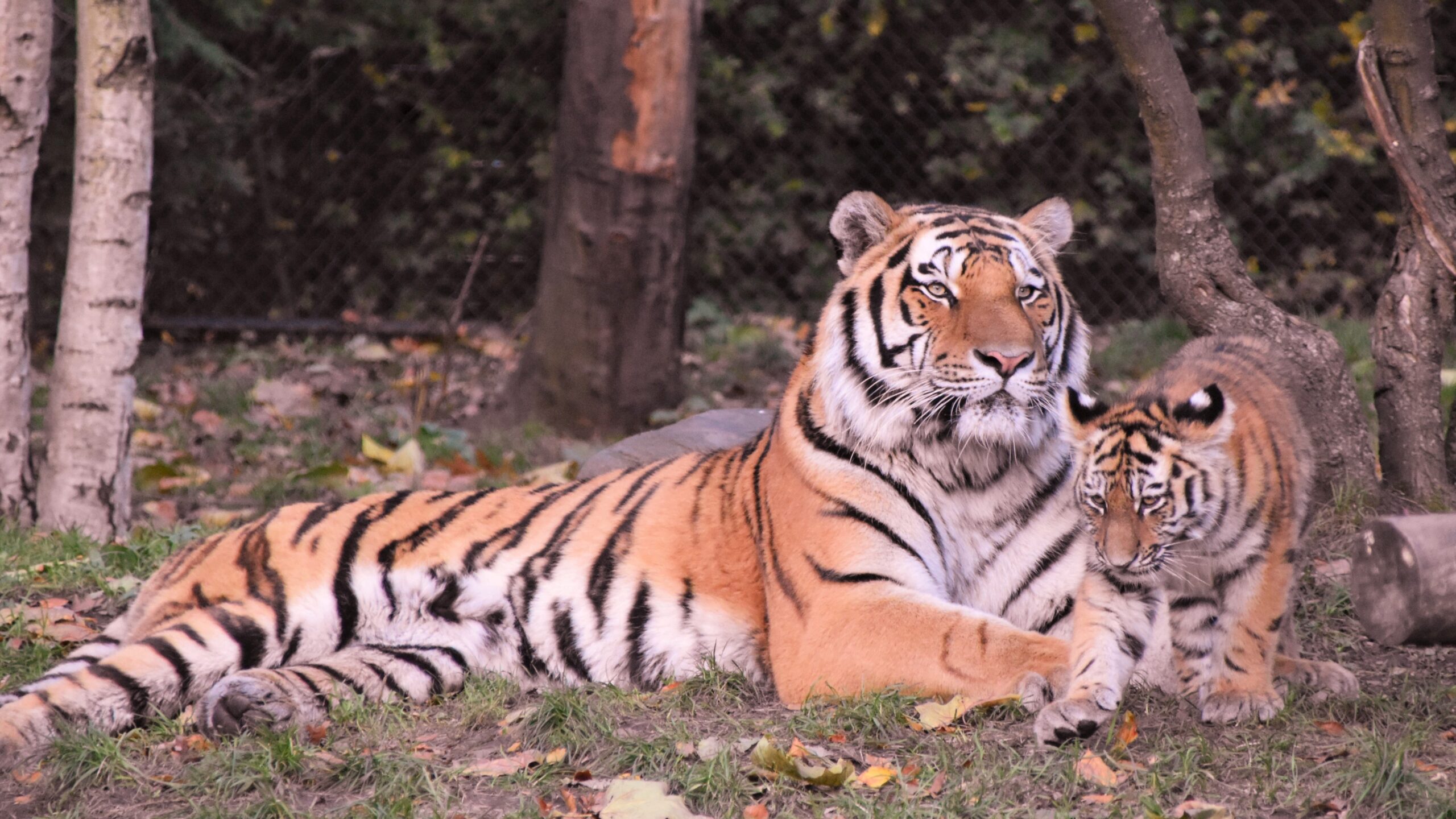 KOLKATA, India — India, home to over 65 percent of the global tiger population, has recorded the lowest number of tiger deaths in the last five years.

“India has achieved these numbers from a level which had been drastically lowered because of rampant poaching,” said Dr. Shekhar Kumar Niraj, head of Traffic India, the global wildlife trade monitoring network.

“The tigers have increased in India since 2010, and it needs to be managed well, else the problem of poaching will arise again.”

India ratified the 2010 St Petersburg Declaration which aimed at creating habitable ecosystems for tigers to double their numbers by 2022.

“Doing everything to effectively manage, preserve, protect and enhance habitats,” the declaration read.

India achieved the target set by the declaration in 2019. According to the All India Tiger Estimation, released by Indian Prime Minister Narendra Modi last year, India is home to 2,967 tigers, compared to 1,400 tigers in 2014 — a 112 percent rise.

Though the country has made steady progress in increasing the tiger count, it has also lost 751 tigers between 2012 and 2019 due to poaching, natural deaths and other causes.

According to the National Tiger Conservation Authority, of these 751 casualties, 374 deaths were natural, 171 were due to poaching, 44 were unnatural but not poaching, 60 still under scrutiny, while dead bodies of 101 were seized by the authorities. 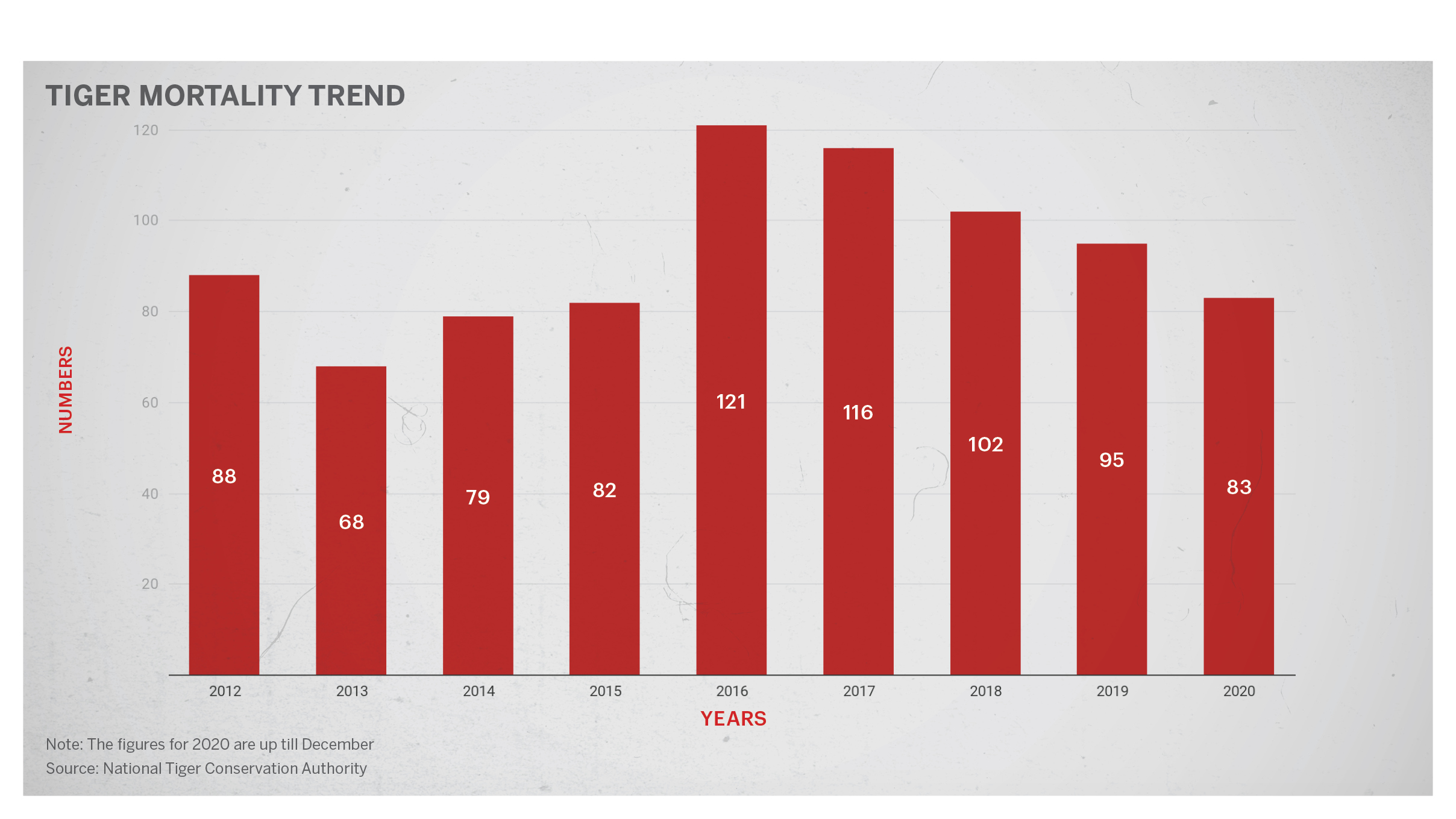 “There are three types of poaching — sustenance poaching, sports poaching and commercial poaching,” said the office of the Chief Wildlife Warden of the central state of Madhya Pradesh. “The first one includes mostly the tribal people who are food gatherer, the second is leisure hunting and the last involves the killing of animals due to trading purposes.”

The office said that in the case of tigers, only commercial poaching exists due to the skins, claws and teeth which are in high demand.

According to reports, Madhya Pradesh has the highest number of tigers at 526, followed by Karnataka and Uttarakhand with 524 and 442, respectively.

Since Madhya Pradesh has such a large tiger population, it has been at the forefront of conservation efforts and wildlife research. 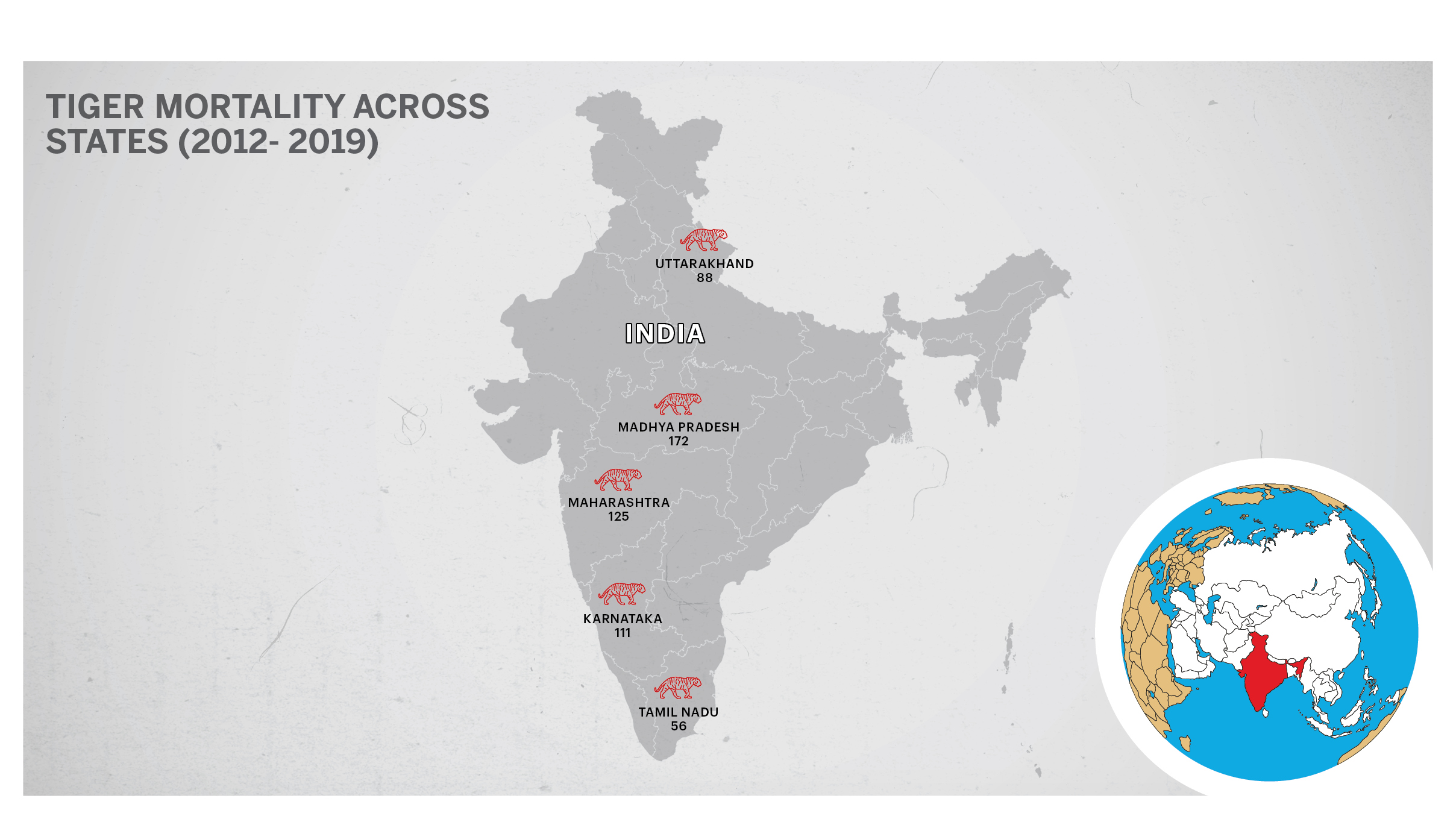 “In 2014, Madhya Pradesh had 308 tigers but in 2018, it increased to 526,” said J.S. Chauhan, additional principal chief conservator of forest (Wildlife). “The tigers have significantly increased over a period of time. Since the birth rate is more in this state, naturally, the death rate is also higher.”

Elaborating the nature and process of conservation in the state, Chauhan said, “We have relocated the villages from the protected areas and provided additional habitat to the tigers. Smart patrolling is installed in the tiger reserves and the big cats are always monitored. The tiger population outside the protected area of the network is also very well maintained.”

The office of the Chief Wildlife Warden confirmed that since the introduction of the Special Task Force (STF) for tigers, the poaching scenario in the country has significantly decreased. But, death by electrocution continues to be a massive challenge in every state.

“Sustenance poaching is decreasing with the increase in education among the tribal people and poaching as a sport, too, has reduced drastically over the last 10 years,” the office said. “Around 30 percent of tiger casualties are related to commercial poaching, the rest are natural deaths like old age and infighting. Most of the tigers in Madhya Pradesh die due to electrocution set up by the local villagers to protect themselves from wild animals.”

Though the number of tigers has increased over the last decades, poaching continues to be a concern in India, particularly in the states closer to the international border such as Uttarakhand, Uttar Pradesh and Bihar.

In Madhya Pradesh and Maharashtra, the tigers have been traditionally poached by several tribal communities in these areas.

“Tigers are poached and their claws and teeth are usually smuggled to the Asian countries such as China, Korea and Taiwan,” said Traffic India’s Niraj. “The skin is usually poached all across the globe. Some traditional practices, like black magic in India, require tiger whiskers and claws. Few international gangsters come in contact with local poachers and exchange animal parts like in barter system.”

The exact count of the tigers in India some decades ago was not available as no systematic survey was conducted. However, rough estimates place it around 40,000. 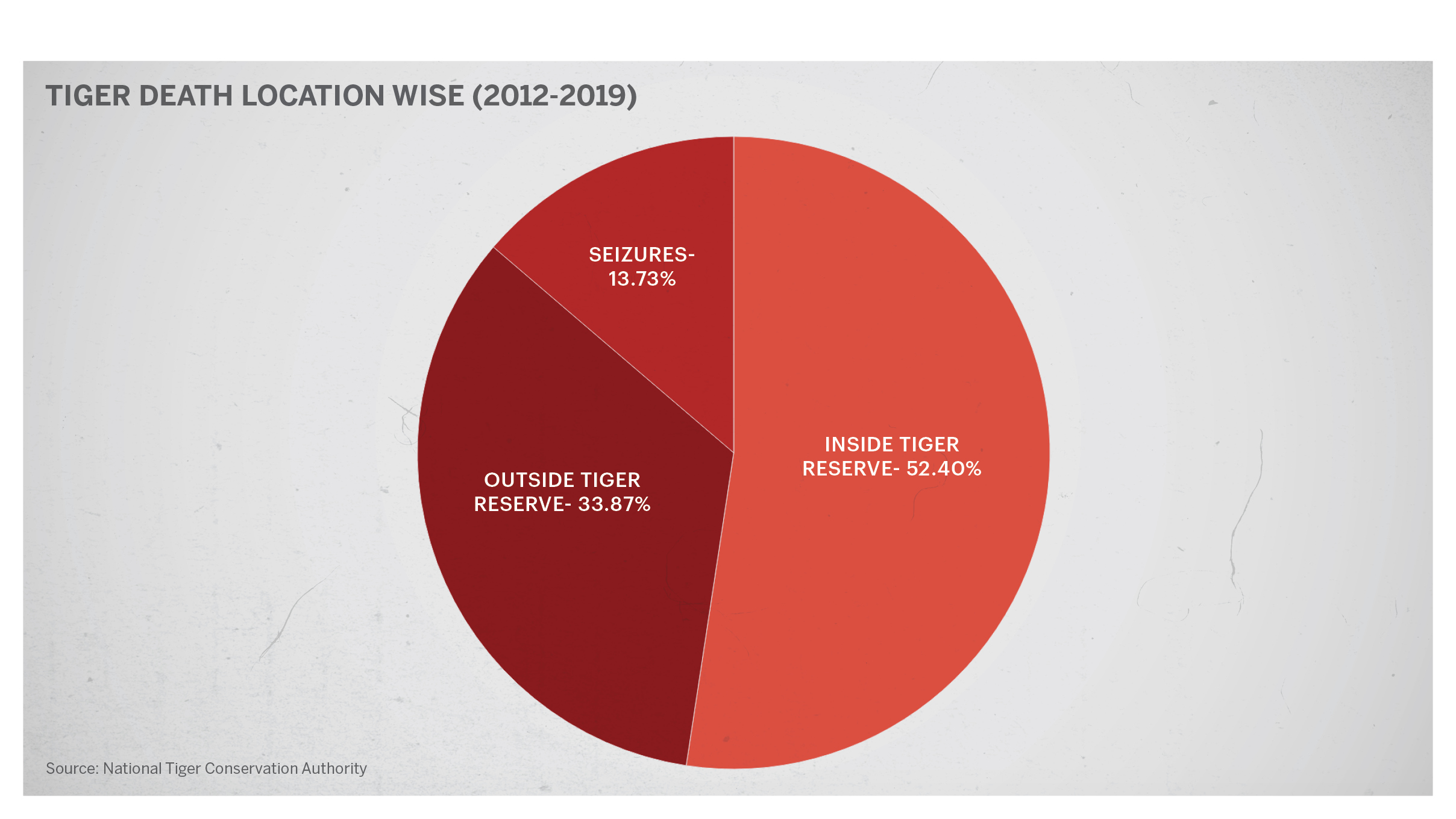 “From 1970s, the illegal trade took a boost in the international market, and the number of tigers started plummeting rapidly,” Niraj opined.

Niraj thinks it is great that India achieved the numbers sooner than the target of 2022, but we should not be overwhelmed and lose the grip on it once again.

“India is way ahead in terms of tiger management, but it has to be continuously supported by a strong political will,” said Niraj. “The factor of protection is not constant and can change very quickly. Amid developments in different states, the government should be strategic and plan well while dealing with tigers.”

Apart from India, tigers are also found in Malaysia, China, Mongolia, Russia, Nepal and Bangladesh.  And all of them have seen heavy poaching and loss of tiger habitat in the recent decades.

“All the Asian countries have badly lost tigers and are trying extensively to protect them,” said Niraj.

(Edited by Gaurab Dasgupta and Siddharthya Roy. Map and graphs by Urvashi Makwana.)