America’s highest court left open the door to hearing the merits of a case that was widely seen as dead. 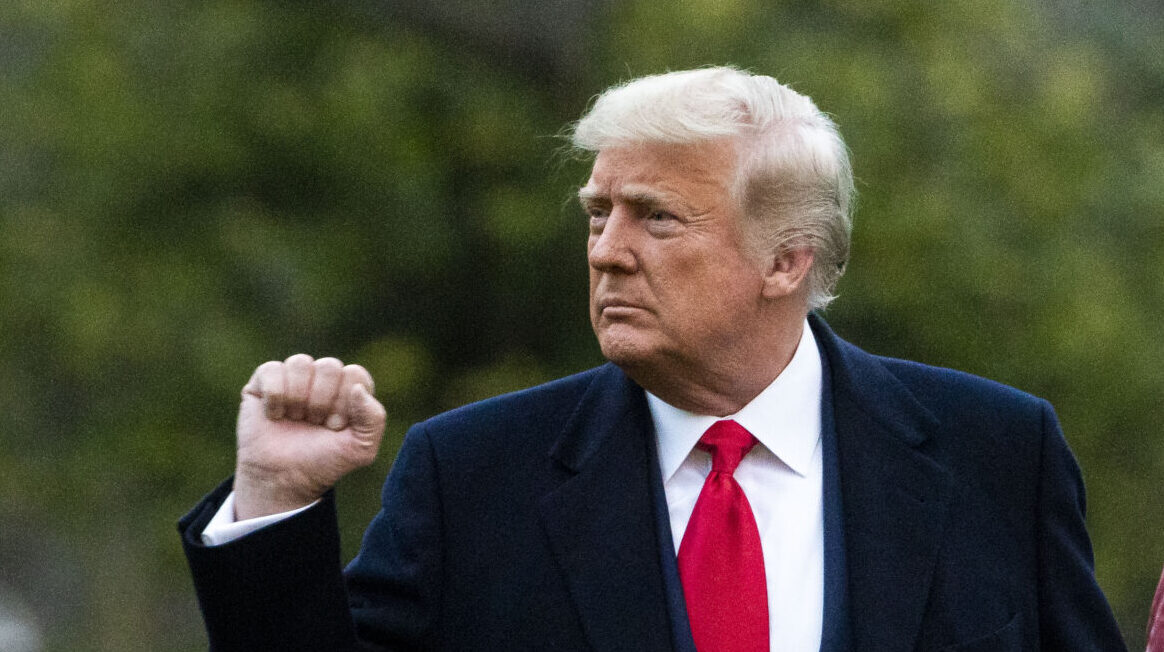 WASHINGTON, DC - DECEMBER 05: U.S. President Donald Trump pumps his fist and First lady Melania Trump waves as they depart on the South Lawn of the White House, on December 5, 2020 in Washington, DC. Trump is traveling to Georgia to hold a rally. (Photo by Al Drago/Getty Images)

Efforts to overturn November’s election results in Pennsylvania are not dead, say the attorneys who continued working after the U.S. Supreme Court issued a one-sentence ruling that was widely seen as the case’s last breath.

The Supreme Court’s order closed the door on the petition in front of Justice Samuel A. Alito, which asked for an order restraining Pennsylvania’s government from sending a slate of electors when the Electoral College meets Dec. 14. While the justices shunted that specific request aside, they remained silent on whether to hear the case that it reinforced.

“The application for injunctive relief presented to Justice Alito and by him referred to the Court is denied,” the Court said Tuesday of a petition from Republican Rep. Mike Kelly, unsuccessful U.S. House candidate Sean Parnell and six other Pennsylvanians. But America’s highest court implicitly left open the door to a writ of certiorari, its official signal that it will consider a case.

The Pennsylvania does not involve President Donald J. Trump‘s legal team, and he took steps this week to distance himself from it. “This was not my case as has been so incorrectly reported,” he wrote Wednesday on Twitter.

But with or without Trump, Rep. Kelly told Zenger News that he wants the court “to address this case on the merits.”

“This is a clear-cut, straightforward case. As one of the parties to this case, I am imploring the Supreme Court of the United States to uphold the protections established by our nation’s Constitution, which was undermined and violated when the Pennsylvania Governor signed Act 77 into law,” Kelly said.

Act 77, enacted in October 2019, allows Pennsylvanians to vote by mail without stating a reason. More than 2.6 million Pennsylvanians voted through the mail last month.

Not only do I have the honor to represent the incredible people of Pennsylvania, I, too, am a Pennsylvania voter,” said Kelly. “Defending the integrity of our elections and our rule of law have been hallmarks of our nation. What is happening in Pennsylvania now cannot continue.” 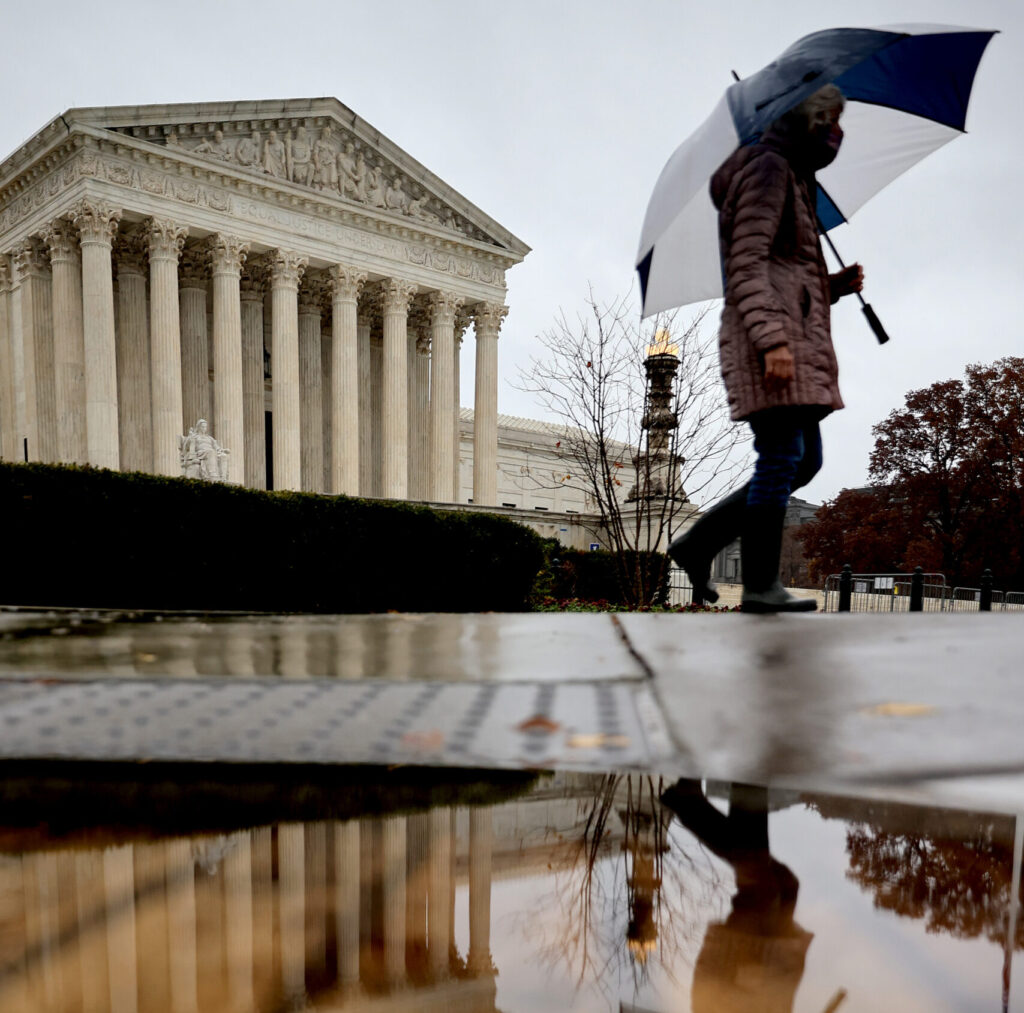 WASHINGTON, DC – NOVEMBER 30: The United States Supreme Court is pictured in the days leading up to a flurry of activity related to the 2020 presidential election. (Photo by Chip Somodevilla/Getty Images)Kelly’s  case rests on limits that the Pennsylvania Constitution places on the methods of voting in public elections. That document’s Article VII permits only a narrow set of circumstances under which qualified citizens are not required to vote in person.

Voters can receive absentee ballots if “their duties, occupation or business require them to be elsewhere,” if they can’t go to a polling place “because of illness or physical disability or “the observance of a religious holiday” or if they are county employees engaged in “election day duties.”

The state constitution makes no mention of other procedures for remote voting. But with Act 77 the Pennsylvania General Assembly created a new class of voter in 2019, “qualified mail-in electors,” and declared them “entitled to vote by an official mail-in ballot in any primary or election held in this Commonwealth.” More than three-quarters of mail-in voters in Pennsylvania chose former Vice President Joseph R. Biden over President Trump.

“The state basically duped millions of people into voting illegally,” said Greg Teufel, the Pennsylvania attorney who filed the Supreme Court petition. He told Zenger News that the U.S. Supreme Court should declare Act 77 unconstitutional since it changed election law in a way that is “only permitted by amending the [state] constitution.”

Teufel’s law firm in Pittsburgh said Wednesday that his clients “will soon be filing a petition for writ of certiorari to seek the Court’s review of this case on the merits.”

If the high court should hear the case, Pennsylvania government lawyers may lean on a section of the state constitution’s Article VII that appears to give them significant latitude. “All elections by the citizens shall be by ballot or by such other method as may be prescribed by law: Provided, That secrecy in voting be preserved,” it reads.

Paxton’s case stepped into the spotlight moments after the Supreme Court’s terse message on Tuesday. Within 24 hours, 17 other states joined him in an Amicus brief, agreeing with his position that Georgia, Michigan, Pennsylvania and Wisconsin took “non-legislative actions to change the election rules.” The U.S. Constitution dictates that only state legislatures can make or change how elections are conducted.

Trump inserted himself into that case on Wednesday, filing a brief with the Supreme Court in which he expressed his support for Paxton’s challenge of what he called “unconstitutional” changes in voting laws in the four states. In contrast with Teufel’s petition, which claimed Pennsylvania lawmakers are not entitled to change election law unless they amend the state’s constitution, the president’s attacks focused more on practical things he claimed state governments did.

“Pennsylvania’s Secretary of State issued guidance purporting to suspend the signature verification requirements, in direct violation of state law. In Michigan, the Secretary of State illegally flooded the state with absentee ballot applications mailed to every registered voter despite the fact that state law strictly limits the ballot application process,” Trump’s brief said.

“In Wisconsin, the largest cities all deployed hundreds of unmanned, unsecured absentee ballot drop boxes that were all invalid means of returning absentee votes under state law. In Georgia, the Secretary of State instituted a series of unlawful policies, including processing ballots weeks before election day and destructively revising signature and identity verification procedures,” it said.

Paxton’s lawsuit argues that officials in his four “defendant” states “presented the [Covid-19] pandemic as the justification for ignoring state laws regarding absentee and mail-in voting.”

They “flooded their citizenry with tens of millions of ballot applications and ballots,” he wrote, violating laws at every turn and “ma[king] the 2020 election less secure.”

Paxton wrote that since individual officials made those decisions “without any consent by the state legislatures,” they are unconstitutional.

Article I, Section 4 of the U.S. Constitution reads: “The Times, Places and Manner of holding Elections for Senators and Representatives, shall be prescribed in each State by the Legislature thereof.”

Article II, Section 1 similarly puts choosing delegates to the Electoral College, which chooses U.S. presidents, firmly in the hands of the state legislatures.

“Each State shall appoint, in such Manner as the Legislature thereof may direct, a Number of Electors,” it states.