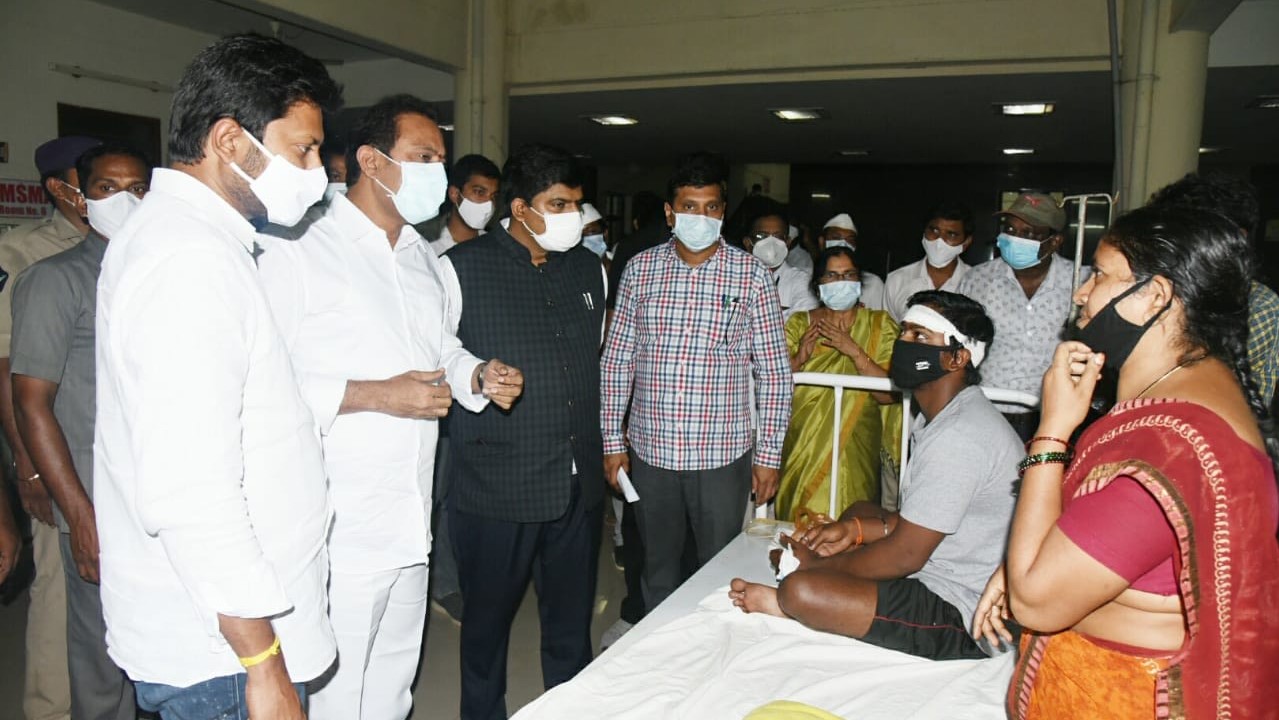 MUMBAI — More than 580 people in the southern city of Eluru in the state of Andhra Pradesh have been hospitalized with a mystery illness. Blood samples of 50 patients showed high levels of lead and nickel, leading to fears that the cause might be pesticide poisoning.

“We suspect these cases are due to lead or organochlorine poisoning, but the source is yet to be identified,” Dr. A V R Mohan, medical superintendent of the Eluru Government Hospital, told Zenger News.

A team of experts from several major institutes in India have arrived to investigate, collecting samples of water, raw vegetables and grains and cooked food from patients’ homes.

Mohan said victims of the illness  started coming to the government hospital on Dec. 4 with bouts of seizures and loss of consciousness. One man in his 40s died, but the cause is still under investigation.

“The number of patients increased drastically on Dec. 5,” Mohan said.

The mystery illness is a major concern among residents in town and in neighboring areas.

“Everyone in and around the Eluru town is worried and living under fear,” said Kranthi Kumar Reddy, an organic farmer, who lives about 24 miles (ca. 39 km) from Eluru. “I suspect the illness has been triggered either by heavy use of pesticides on vegetables or contamination of water or adulterated milk.”

The total number of patients as of Dec. 9, was 582. Of these, 491 were discharged; the others are still hospitalized.

“At least 28 patients were admitted to higher institutions because of the severity of the symptoms, presence of comorbidities and pregnancy,” said Mohan.

He said that blood samples of 50 patients tested by the All India Institute of Medical Sciences showed extremely high levels of lead and nickel. The cerebrospinal fluid — a clear, colorless body fluid found in the brain and spinal cord — of stable patients was also collected for testing, but the reports did not reveal any bacterial or viral infection.

Lead poisoning can cause seizures, vomiting and abdominal pain. If not treated in time, it can be fatal. Exposure to high levels of nickel has been linked to allergic reactions, stomach aches and chronic bronchitis, among other symptoms.

Mohan said that the patients required supportive and symptomatic treatment and were responding well.

“We gave them anticonvulsant drugs, painkillers, and antiemetic drugs to ease nausea and vomiting. Some patients developed breathing difficulties and had to be put on oxygen support,” he said.

The patients were from different professions and from different areas of the town, making it difficult for experts to pinpoint the source of the illness.

Eluru is in the West Godavari district of Andhra Pradesh. Canals of the Tammileru, Krishna and Godavari rivers pass through the town, and water from the canals is used by the residents. 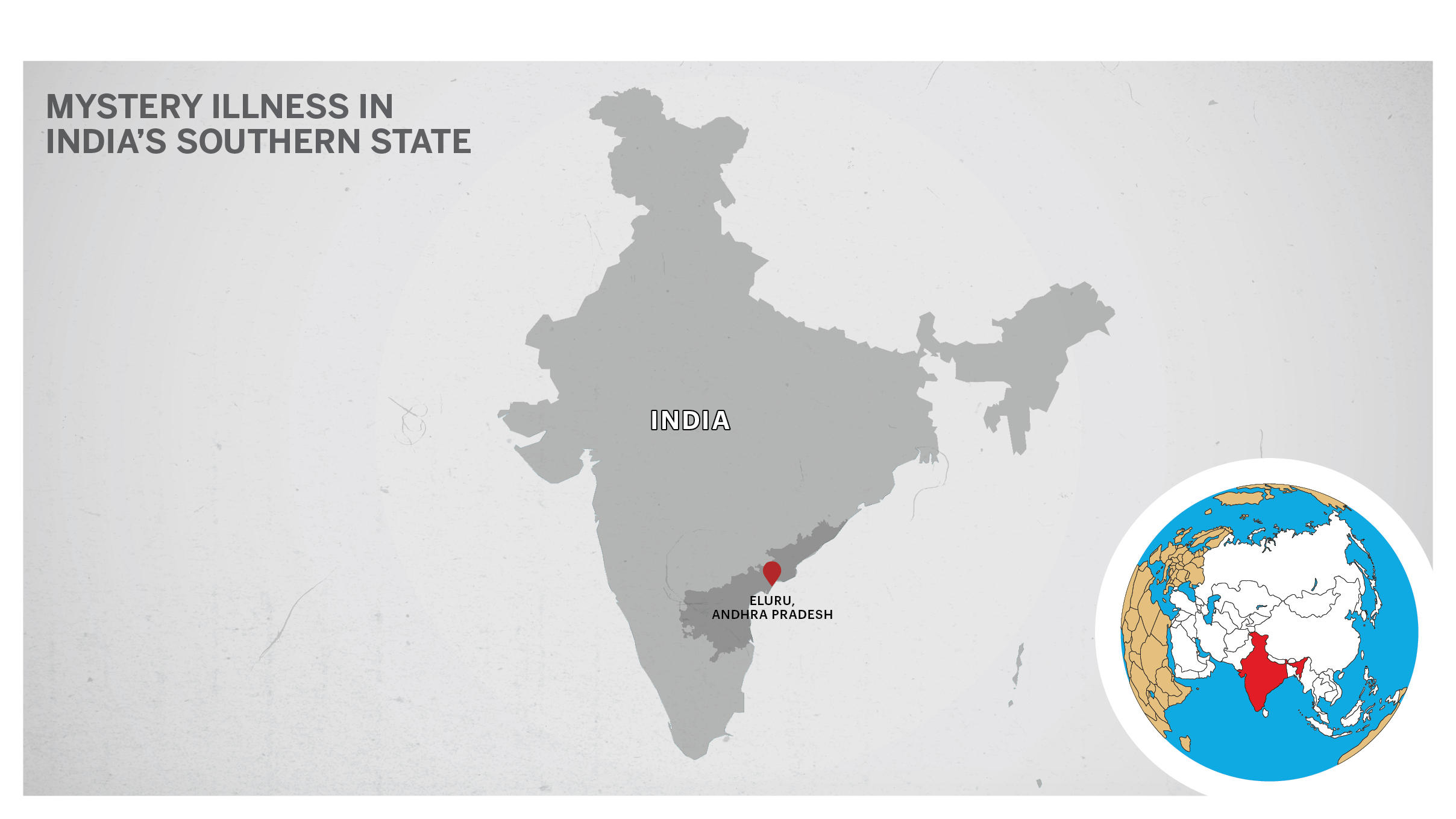 “The town is dependent on water coming from the agricultural areas,” said Narasimha Reddy, a Hyderabad-based consultant who works on agriculture issues of Andhra Pradesh. “A lot of paddy is produced in these areas. The farmers have been battling a severe fungal and bacterial attack on their crops, which led to massive spraying of pesticides in the recent past. This aspect should be investigated.”

Reddy said the prevalence of mosquitoes in the area also led to excessive fogging and that could be a possible trigger as well. He said symptoms such as seizures, shaking and loss of consciousness point to neurological ailments and are very typical in cases of pesticide poisoning.

“Eluru also has a lot of fishponds where the use of agrochemicals is rampant,” Reddy told Zenger News.  But, he clarified that any heavy metal poisoning through them would occur slowly and trigger a problem only when the metal content crosses a threshold.

He said that if this was a case of pesticide poisoning, it would be the first time locals or consumers were directly affected on a large scale.

Reddy is also the director of the Pesticide Action Network, India which advocates for the elimination of pesticide use.

In 2017, cases of pesticide poisoning were reported in Yavatmal, a drought-prone district in the western state of Maharashtra. The poisoning was allegedly caused by an insecticide named Polo, which was widely used by Maharashtra’s farmers on their cotton crops. In September this year, three victims of pesticide poisoning filed a lawsuit in a civil court in Basel, Switzerland against Syngenta, the company that manufactures Polo.

The Government of India is considering banning 27 highly toxic pesticides currently used in India, but banned in one or more countries. The Pesticide Action Network has recommended the Agriculture Ministry to ban all these 27 pesticides without delay.

“We are all exposed to a cocktail of pesticides in our air, water, food and on the surfaces we touch. The combination of these chemicals can be more toxic than any one of them acting alone. Many pesticides are endocrine disrupters — chemicals that can interfere with endocrine (or hormonal) systems — and even extremely low doses can interfere with the delicate human hormone system and cause life-changing damage,” the network states.