George King went to prison for scaling The Shard in London — where he dreamed up his Spanish adventure. 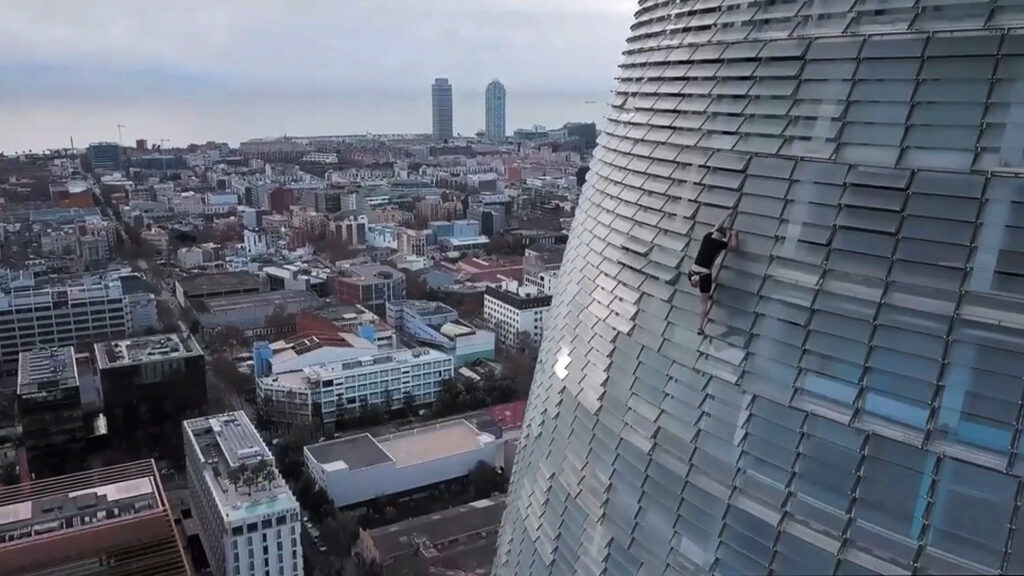 BARCELONA, Spain — A British daredevil just climbed Barcelona’s Agbar Tower after being jailed for climbing The Shard, the U.K.’s tallest building in July 2019. He served half his six-month sentence for the climb.

George King took on the Agbar challenge Dec. 5. The 38-story skyscraper opened in June 2005 to mark the new tech district in the city of Barcelona, in Catalonia.

All emergency services could do was wait for the Brit, who climbed without safety equipment, to return to ground level, where he was arrested.

In total, two fire crews and officers from the Urban Guard and Mossos d’Esquadra (Catalan Police) were called to the scene.

“It is a beautiful building, when I saw it I knew I had to climb it. When I reached the top, I was euphoric. I felt fully alive,” King said.

He took The Shard climb despite earlier consequences. King was sent to jail by the Royal Court of Justice in London in October 2019.

King undertook the 72-story Shard climb in July 2019, without ropes or suction pads. He says he dreamed up the Agbar Tower climb while in prison.

He admitted he knew the action was illegal, but added others have climbed the tower without safety equipment, including Leo Urban, who scaled it barefoot in August. He refers to the Agbar event as his “redemption climb.”

“The ascent was way harder than the descent, as the only place to climb from the bottom was on the face where the panels were practically closed, creating far less possibility for resting spots.

“I’m happy to have ticked this one off. I’ve dreamed of doing this since prison. The climb down was a bit more like a ladder, and I managed to submit to the moment and I just felt true peace. It was quite sad when I reached the bottom. I wanted to do it again.

“I am 21 years old and on my own mission. Whatever the mind of man can conceive and believe, it can achieve. Obsession is the key, not talent,” King said.

King isn’t alone in his passion for scaling heights.

By 2018, Vitaliy Raskalov had scaled the Central Park Tower, the Eiffel Tower, Christ the Redeemer statue in Rio de Janeiro and the Great Pyramid of Giza. An early high-wire artist was Frenchman Philippe Petit, who walked between the towers of Notre Dame Cathedral in Paris in 1971 and the Twin Towers of the World Trade Center in New York in 1974.