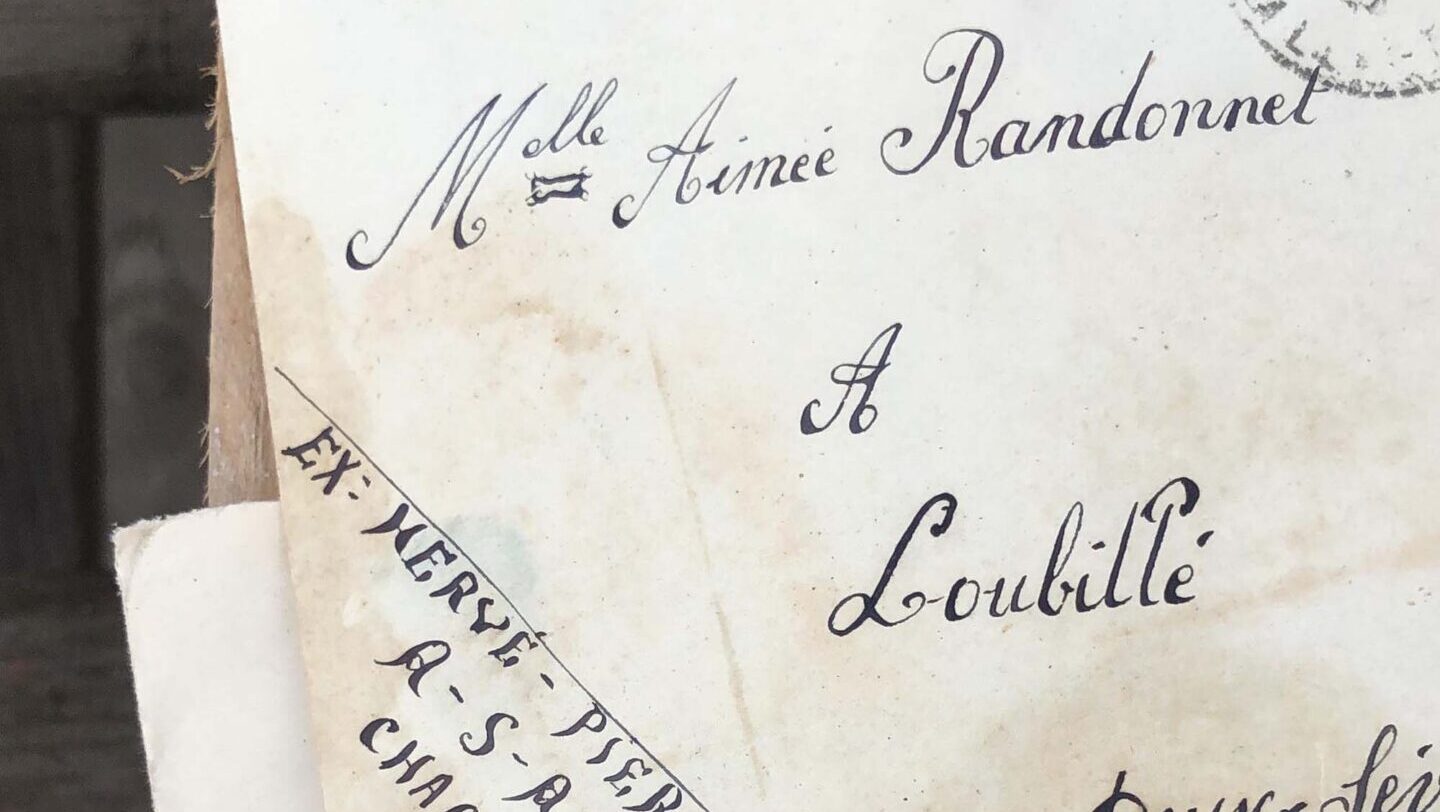 A box containing more than 200 love letters written by a WWII soldier to his fiancée was unknowingly thrown away by the woman's family, which had cleared out the home where the couple once lived. (Cecile Filippi/Real Press)

SAINT JEAN-D’ANGELY, France  — A box containing more than 200 love letters written by a WWII soldier to his fiancée has been recovered.

The precious letters, written between 1942 and 1945, were discovered by two women working at a garbage dump in southwest France.

The rescue of the letters took place Dec. 3 at a waste recycling center in Saint-Jean-d’Angely, a commune in the Charente-Maritime department. The box was unknowingly thrown away by the woman’s family, which had cleared out the home where the couple once lived.

Zenger News spoke to Cecile Filippi, in an exclusive interview about the discovery she made with her colleague, Adelie Breuil.

Filippi said she is a jurist by trade and works for Inddigo, an environmental think tank. But recently, one of her colleagues called in sick, so she wound up working at the dump because her firm is studying the patterns of what waste people in France discard.

“That day, a man came to the rubbish dump with a huge trailer attached to his car. He had boxes full of old newspapers,” she said. “He explained he was emptying a house he had just bought. He said he had no idea what was in the trailer and that he just wanted to empty the attic and get rid of it all.”

At first, Filippi was intrigued by the newspapers, which dated back to the 1960s and 1970s. But then she spotted something else: a box containing letters.

When they reviewed the box’s contents in more detail, they realized the letters were all addressed to the same person, Aimee Randonne. So they opened a few, read them and quickly realized they were love letters to Randonne from a French soldier, Pierre Herve.

“They were beautifully written and very touching,” said Filippi.

They also discovered that Randonne would have been just 14 years old when most of the letters were written. It’s unclear how old the soldier was at the time, but it is known that at the end of the war, they married.

Filippi also said that some letters were apparently read by German officials, as the envelopes bore Nazi stamps that said “’opened” in German.

Wondering if the soldier or his fiancée might  have descendants alive today, she posted photographs of the letters on Twitter, hoping someone would recognize them.

She told Zenger that within six hours of the posting, she had heard from one of the couple’s two daughters, who was mortified that she and other family members they had not checked the attic properly before selling the couple’s house.

The daughter who sold the house said she and her sibling were unaware the letters even existed. The box was overlooked in the attic.

Filippi did not know if the letters will end up in one of France’s many World War II museums, but said in any event, the daughters are planning to read them to the deceased couple’s grandchildren and great-grandchildren.