Schools have been shut since August 2019 when the Indian government revoked Jammu and Kashmir’s special status. 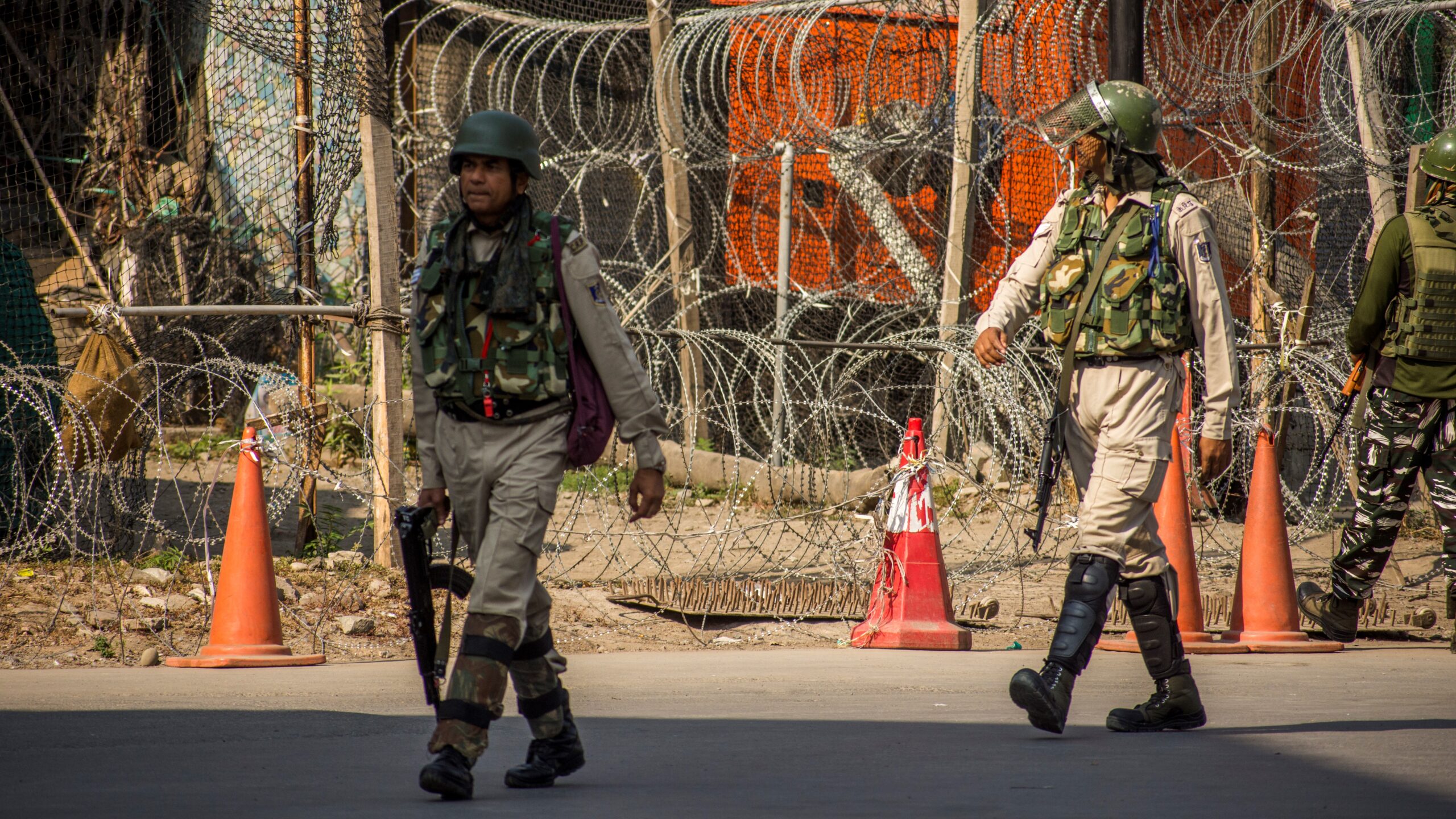 SRINAGAR — Students across India are eager to get back to regular, offline classes, but in Kashmir, their demand is louder.

Those attending Cluster University in Srinagar, one of the two capitals of Jammu and Kashmir union territory, staged a protest on Nov. 5, demanding that the government resume offline classes.

“We understand that Covid-19 restrictions are in place, but if you can hold mass elections, why not classes for students?” said Tawseef Mohiud din, one of the protesters and a final year student at Amar Singh College, which is affiliated with the university.

While schools and other educational institutions have been shut down in the country since late March, in the disputed regions of Jammu and Kashmir they have been closed since August last year.

District development council elections are currently being held in Jammu and Kashmir, and elections to the legislature in the eastern state of Bihar were held last month.

Access to high-speed 4G broadband was suspended by Jammu and Kashmir’s Home Department on Nov. 26. The order, in effect until Dec. 11, stated that there were attempts to disrupt the elections by interference with security and a surge in terrorist activities.

“Taking note of misuse of social media applications in carrying out terror activities as also in adversely impacting public order, it is apparent that there is a need for continuation of the speed restrictions on mobile internet services,” the order read.

As a result, 20 districts in Jammu and Kashmir are operating on 2G broadband. Only Ganderbal and Udhampur have 4G service.

“After 15-20 online sessions, both teachers and students gave up,” said Mohiud din.  “The teachers tried their best by experimenting on several platforms — nothing worked. It was just not possible to go ahead with staggered connectivity.”

Stuck between Covid-19 and a prolonged ban on high-speed internet imposed in Jammu and Kashmir since August 2019, students are finding it difficult to continue studying. Teachers, too, are finding it challenging.

“Before the 4G ban, I used to regularly upload my lectures on to YouTube,” said Rouf Bhat, a biology and English teacher at Central High School in Pulwama “When I tried doing it using 2G, it took me three to four days to upload a single video. There were several interruptions. The process became so tedious that I quit after some time.”

Bhat said students in his school found it difficult to access study material online. “We conducted classes on Zoom and Google, but it is difficult to teach students if they don’t have books,” he said. “Here it takes over two hours to download a 20 MB file.”

The 4G network has a download speed of about 12 megabytes per second in India. Prateek Waghre’s technical analysis, for a suit filed by the Foundation for Media Professionals in the Supreme Court seeking restoration of 4G services in Jammu and Kashmir shows 2G connectivity could be up to 37 times slower. 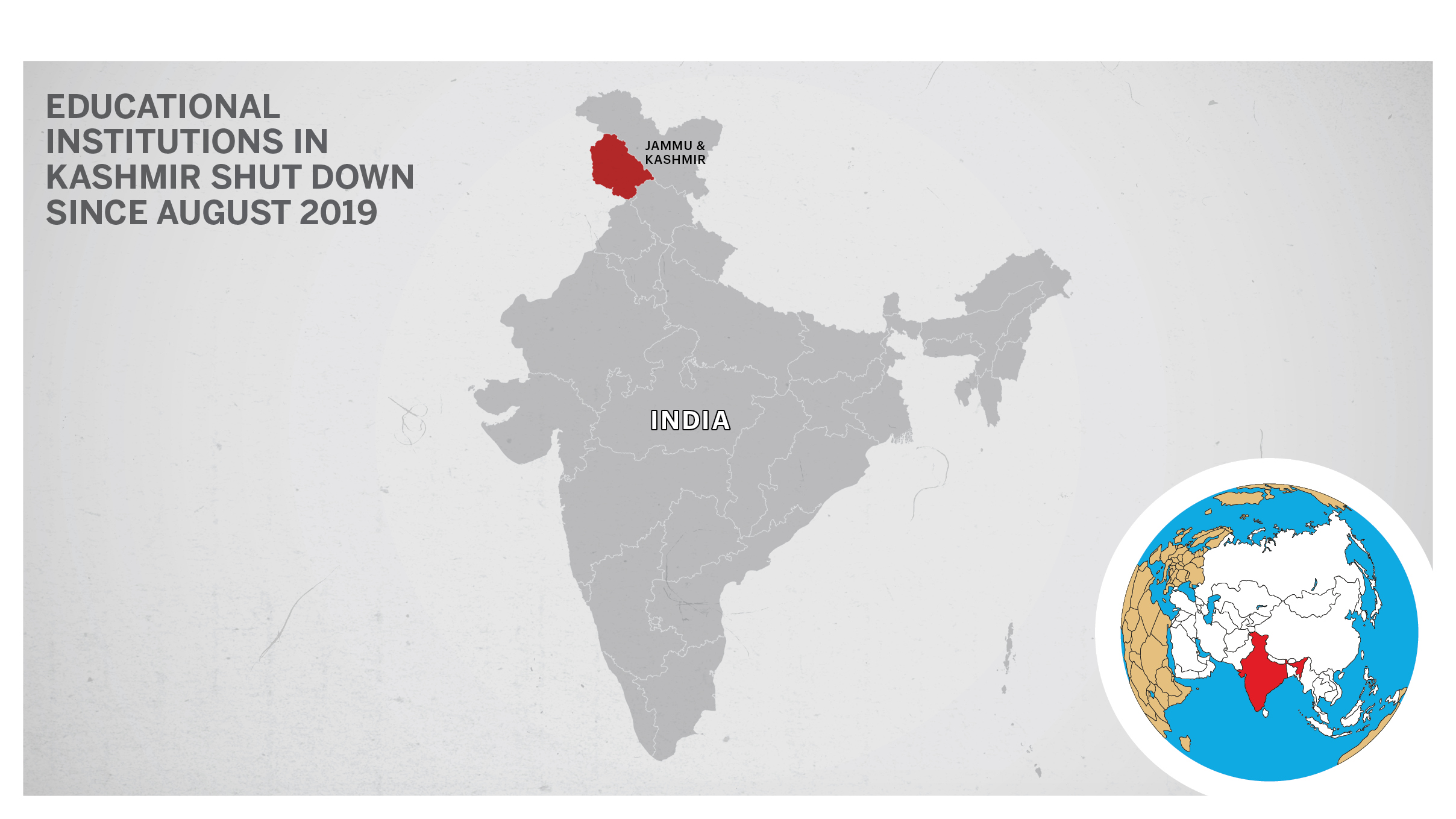 “Too little or no contact with education for over a year has brought several middle and secondary school students on the verge of dropping out,” said Mudasin Dar, a social activist in Pulwama and president of the All J&K Students Union.

“Even when schools reopened in end-February, attendance was thin. While the rest of the country had the luxury to switch over to online schooling amid the pandemic, we didn’t because of poor network services.

“I couldn’t appear for the second round of interviews for my master’s course as the local administration in Pulwama shut down during the elections. I will have to wait for one whole year now,” Dar said.

The Home Department had suspended 2G mobile data services in Pulwama and Shopian on Nov 28.

A recent advisory by the Jammu and Kashmir Disaster Management Authority has extended the closure order for all schools, colleges, educational and coaching institutions until further notice, but allowed 50 percent of teaching and non-teaching staff in schools from Sept. 1. It allowed students of classes 9 to 12 in areas outside containment zones to voluntarily attend school from Sept. 21.

Bhat said many parents in Jammu and Kashmir are considering relocating to “safer” Indian states to ensure their children’s uninterrupted access to education.

Kashmir is a disputed Himalayan region in the north of the Indian subcontinent. Both India and Pakistan claim it wholly but rule it partially. The two neighbors have been to war over the region several times (1948, 1965, and 1999), and it has been a cause of frequent cross-border tension, including most recently in February 2019.

The Indian government on Aug. 5, 2019, revoked Article 370 of the Constitution that granted partial autonomy to the erstwhile state of Jammu and Kashmir. The state was bifurcated in Oct. 31 into the territories of Jammu and Kashmir and Ladakh through an Act of parliament.

Kashmir has also reeled from a separatist movement since the early 1990s, with India accusing Pakistan of sponsoring terrorist groups in the region. The Indian army has been accused of causing forced disappearances and acting with impunity.

After the region lost its semi-autonomy in August 2019, the Indian government imposed a curfew to prevent violent street protests that have become common in recent years.

Schools and colleges were also shut for several weeks, reopening on Feb 24 this year. But as the country went into a Covid-19 lockdown on March 25, educational institutions were shut down again.

In other parts of the country, students have adapted to online classes, but Kashmiri students face a major challenge.

Just before abrogating Article 370, the government imposed a communications blockade. Internet and phone services were shut for 213 days — one of the longest internet shutdowns in any democracy. As of June 2020, there were 7.5 million internet subscribers in Jammu and Kashmir. The government lifted the ban on March 4, but the internet is accessible only through 2G services.