Esther Dingley disappeared in the Pyrenees in late November; authorities fear the worst. 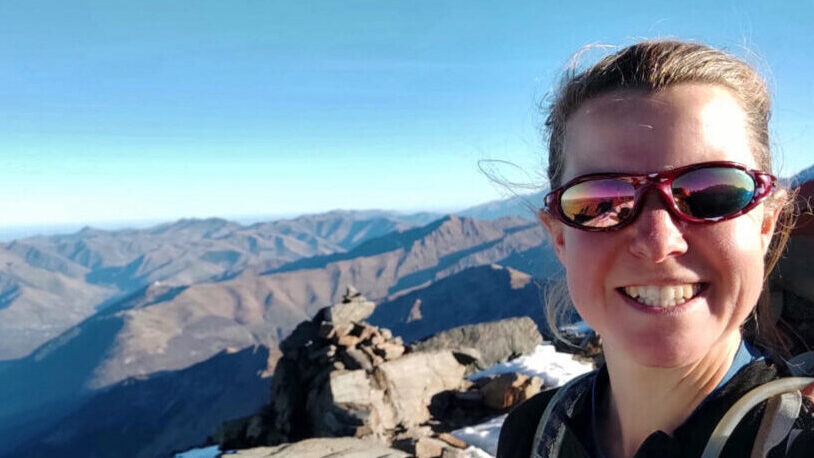 Dingley was last seen on November 22. According to French mountain police, the chance of finding Dingley alive is slim, due to the low temperatures at that altitude. (@estherandan/Newsflash)

PYRENEES, Spain — The search for British hiker Esther Dingley, who went missing while hiking in the Pyrenees, has been canceled due to snowstorms.

Search parties in both France and Spain have looked for Dingley, who last communicated with her partner Nov. 25. She was last seen on Nov. 22.

The search party was expanded from the Pico Salvaguardia, in the northern Spanish region of Aragon, where she was last reported, to nearby valleys, as seen in a video provided by the Spanish Civil Guard.

“There will be an evaluation day-by-day to know if the search party can be done,” according to a Spanish Civil Guard spokeswoman. “The snow is covering the areas, and it is therefore more confusing and difficult.”

Dingley’s last entry on her social network profile ws Nov. 21: “I am in heaven&mldr; the snail is again in movement and I love it.” That was a day before she hiked to the Pico Salvaguardia.

Dan Colegate, her partner, received a message a few days later, when she arrived at the top of the mountain. She intended to return to Benasque after completing her route.

Colegate shared a touching message on Facebook, thanking people for their support and the messages received since he posted that Dingley was missing. The couple began their European travels in 2014, after Colegate nearly died from a serious illness. Since then, they have documented their experiences on social media, traveling in a camper van.

Local press reported the Olympic cross-country skier Marti Vigo del Arco and a friend might have been the last people to see her. They climbed Salvaguardia Nov. 22.

France has restrictions on mountain climbing, due to the coronavirus pandemic, so Dingley started her trip in Spain, which doesn’t.

According to French mountain police, the chance of finding Dingley alive is slim, due to the low temperatures at that altitude. She is now listed as a missing person in Spain. Authorities are also considered the possibility that her disappearance is not related to an accident.

In August 2018, a Spanish hiker took a fatal fall on the French side of the Pyrenees. In addition, four French climbers died climbing Mont Blanc, Europe’s highest peak. In the first nine months 2018, 12 people died climbing the mountain. Alpine Police in Austria reported 82 to 134 fatalities each year during mountain hiking in the Austrian Alps from 1997 to 2018, with an average of 110 deaths per year.