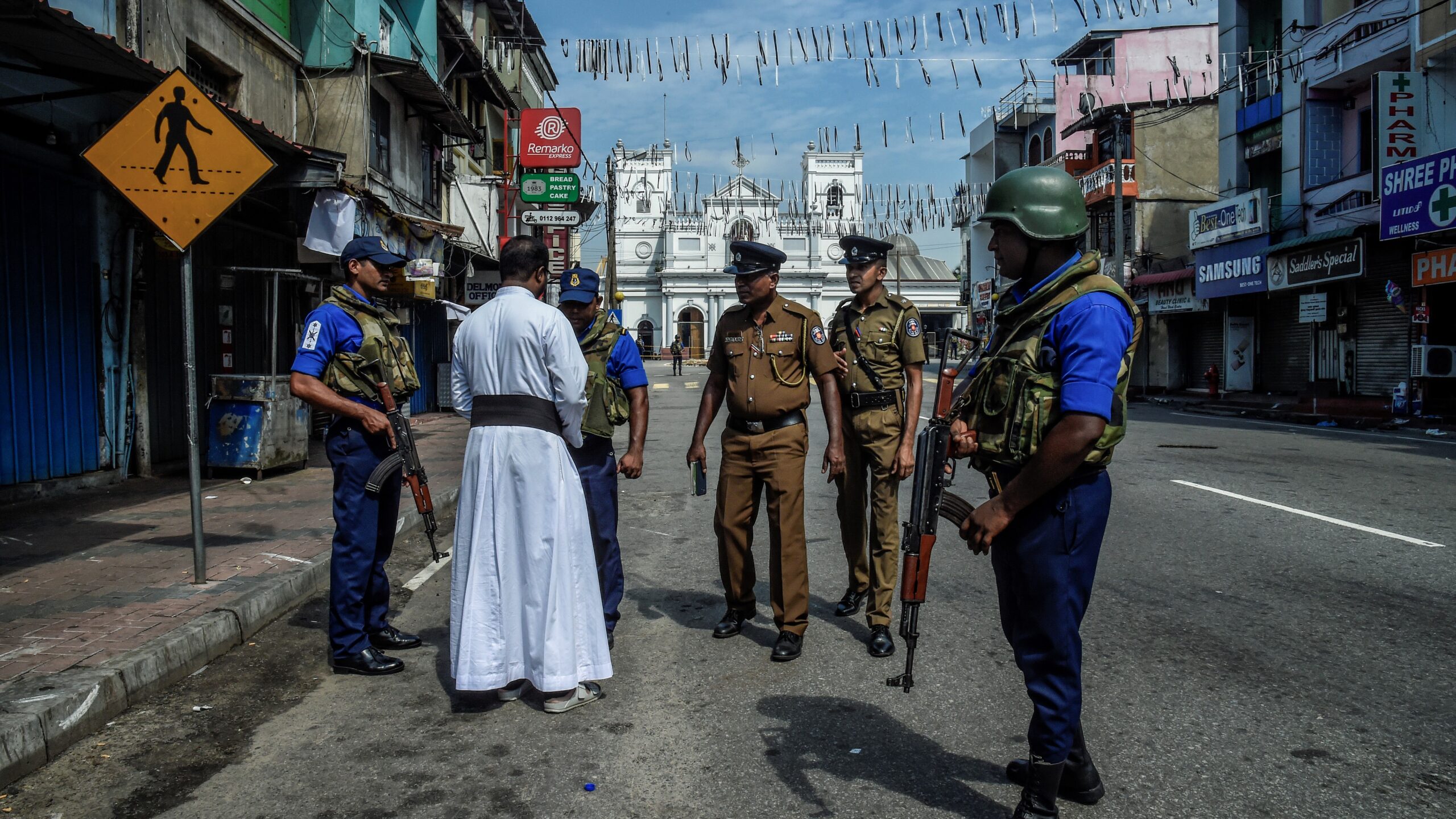 Security personnel check the credentials of a member of the clergy before he enters St Anthony's Church in Colombo, Sri Lanka Courtesy: Atul Loke (Getty Images)

COLOMBO — A 2019 presidential candidate and former member of parliament in Sri Lanka is accused of money laundering, involving the alleged mastermind of the 2019 Easter bomb attacks in the capital of Colombo.

M.L.A.M Hizbullah, the former governor of the Eastern Province, is accused of transferring hundreds of thousands of dollars from Saudi Arabia through Zahran Hashim, the accused mastermind of the bomb attacks, into accounts he managed in Sri Lanka.

Hizbullah denied the allegations during a hearing last month of the Presidential Commission of Inquiry, which was set up by President Gotabaya Rajapaksa.

“In the video, Hashim was talking to people who opposed me &mldr; ,” Hizbullah said during the hearing. “He [Hashim] says I got 1 million riyals from Saudi Arabia and that I could use those funds for my political activities. But I have not used them for any such activities.”

Hizbullah testified that Hashim had helped him during the 2015 general elections by trying to gain support for him through social media.

Hizbullah has five accounts at the Bank of Ceylon’s Kollupitiya branch in Colombo. Of these, one is the current account of the Hira Foundation Sri Lanka, while another belongs to Batticaloa Campus, a private university for Muslim students in the Eastern Province.

“The transactions were carried out by Inheritance Ali Abdullah Al Juffali through US Citi Bank, Siddique Diana Osamn through HSBC, and Credential Ltd. through Lloyds bank, Britain,” a former manager at the Kollupitiya branch, I.C.K. Kannangara, testified at the hearing. “Between, 2016 and 219, the Hira Foundation account received a total of $1.6 million through 15 transactions, while the Batticaloa Campus account received remittances worth $19 million on seven occasions.”

According to the provisions of Sri Lanka’s Financial Transaction Reporting Act, any transaction over $1 million must be reported to the central bank.

The foundation initially received funds from Saudi Arabia and a registration certificate in 1993, but it was not incorporated until 2015.

Kannangara said the Kollupitiya branch customer service managers and the compliance division at the bank’s head office were informed of the suspicious nature of the funds.

“However, the head office had reported that they didn’t find these transactions were suspicious,” he said. “After the Easter attacks, the bank had notified the central bank of these transactions and a complaint was launched with the Financial Investigation Unit.”

In a parliamentary session on Nov. 27, Minister of Education G.L. Peiris said the Batticaloa Campus will no longer be allowed to operate privately, but instead will be operated by the state.

Hizbullah’s construction of the Batticaloa Campus was controversial. He was accused of violating financial laws, forcibly acquiring the land, and teaching Sharia Law, an Islamic system for the conduct of Muslims. 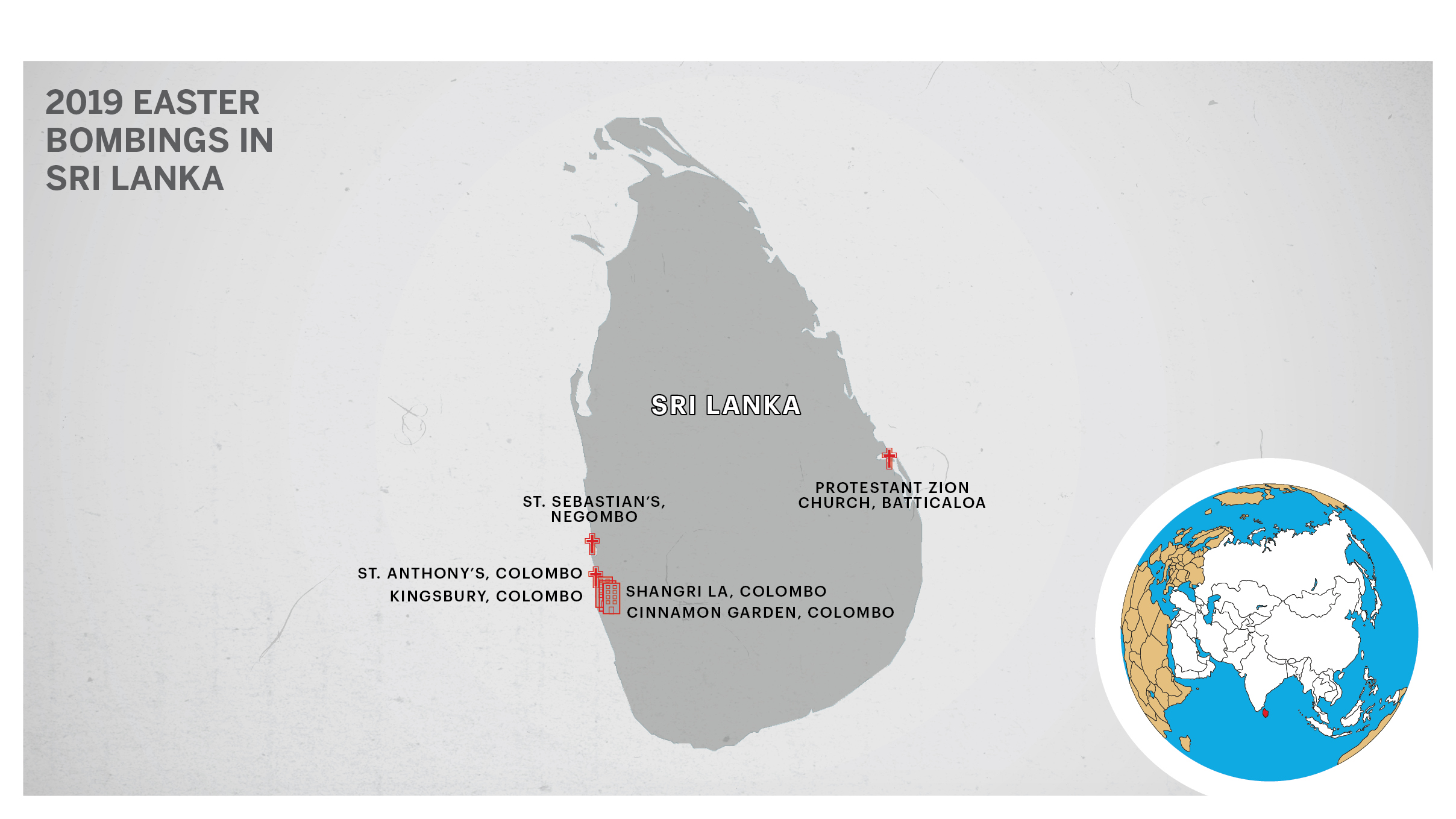 “During Hizbullah’s governance, the Eastern Province saw a slow progression towards encompassing the Arabic culture,” M. Nillanthan, a political analyst, told Zenger News. “Hashim, an Islamic cleric, hailed from a town called Kattankudy in the province and was involved in preaching extremism in the years preceding the Easter attacks.”

Nillanthan said the province had billboards in Arabic and date palms that transformed the look of the area into a country in the Middle East.

“For over two decades, the Sri Lankan Muslims have stopped recognizing themselves as Sri Lankan Tamils. These are Tamils by origin, but because of the way the Tamils in the north handled their rights, the Muslims lost trust in both the Tamils and Sinhalese,” Nillanthan said.

The Sri Lankan government and the Liberation Tigers of Tamil Eelam, a militant secessionist group, were in engaged in civil war from 1983-2009, as a result of discrimination against the Tamils by the Sinhalese, dominated by the government. After the Tamils surrendered to end the war, the Muslims, many of whom are Tamils, stopped relying on the Tamils and the Sinhalese for help.

“By cutting off their linguistic roots and with no one to rely on, the Muslims of Sri Lanka began to affiliate only with their religion, and hence the shift towards the Arabian culture. Currently, they are the most politicized community in Sri Lanka,” he said.

“Hizbullah had two approaches — to have an alliance at the national level to ensure the benefit of his province, and to have an identity for the Muslims in Sri Lanka, along with socioeconomic reforms,” said Selvaratnam Santhirasekaran.

If the allegations against Hizbullah are found to be true, he could be charged with money laundering and terrorist financing under the Prevention of Terrorism Act.

“I think he is not directly involved in the attack, but I am sure he had connections with the terrorists. Knowingly or unknowingly, he may have provided financial assistance to them,” said Dharshan Weraduwage, a Supreme Court attorney.

The coordinated suicide bombings on April 16, 2019, Easter Sunday, at churches and luxury hotels in Colombo, killed 267 people, and injured 500. The bombers were suspected to have been associated with the National Thowheeth Jama’ath, a radical Islamic fundamentalist group with links to the Islamic State.