Cryptocurrency tries to fill in during Zimbabwe’s cash shortages 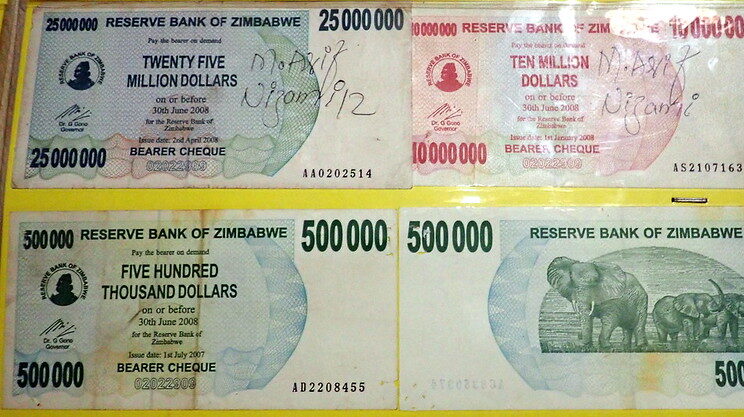 Long, winding lines in front of banks are a daily occurrence in Zimbabwe due to rampant cash shortages in the southern African nation.

Since the coronavirus hit the country in March, COVID-19 restrictions have forced depositors to queue early to withdraw only 1,000 ZWL (Zimbabwe dollars) weekly, per central bank regulations, which translated to $3.11 US on Dec. 7. With hyperinflation in the country, that amount goes less and less far each week.

The new local cryptocurrency Zimbocash, aka ZASH, attempted to fill the void but had problems with spam accounts shortly after its launch in late May, leaving its legitimate users unable to use the platform since the end of June. The company hopes to have the problem solved soon.

ZASH was developed by local tech startup Zimbocash in 2018 and went live on a currency exchange, Bithumb, in late May.

Since its launch, 158,000 subscribers have signed on to use ZASH. Zimbocash co-founder Philip Haslam said that there are currently 4.5 billion ZASH tokens built on the TRON platform. TRON is a decentralized blockchain operating system, meaning that the currency is not prone to manipulation by a central government or bank and that transactions are made securely between users.

Each Zimbabwean who joined before March 2019 received an allocation of 100,000 Zimbocash tokens, the amount of which halves every three months. As 2020 ends, anyone who signs up will receive 200 ZASH, until the total number of tokens is fully allocated.

“We are not trying to replace the Zimbabwean dollar; we are trying to create solutions,” Haslam said.

The cryptocurrency has value only as far as people sign up and accept it to make transactions.

“Well, because it is crypto, it’s easy to use, has low transfer charges, and all that has helped, but especially in profit making,” Mpofu said. “Also, with all the charges mobile money has, we have benefited in profit using ZASH, since it’s instant and you can transfer and you don’t meet with anyone (in person) in these Covid-19 times.”

Using ZASH earns Mpofu’s company $100 per day versus $5 per day through bank or mobile money transactions.

Zimbabwe entrepreneur Claudious Mabhuya, who owns and runs the firm Eastend Vision Media Africa, a photography and video services business headquartered in Harare, is also benefitting from ZASH during the pandemic. Due to the nature of his business, Mabhuya relied on walk-in clients, averaging 20 to 30 a day. But after the initial COVID-19 lockdown in March, Mabhuya’s business took a hit, leading him to sign up to use ZASH.

“If ZASH wasn’t there, it was going to be so hard because what happens is, for something that you have to pay for over the counter, was going to be hard for people to come to pay cash to our company,” Mabhuya said.

As a result, the company managed to double its clients, leading to daily revenue earnings of $50.

Haslam says that global economies such as Zimbabwe are having to resort to money printing to fund stimulus packages in response to Covid-19. Cryptocurrencies are a viable alternative because the decentralized nature of cryptocurrencies eliminates money printing. The digital currency’s value grows only along with its usage.

“I want to highlight that anyone can create any cryptocurrency,” said South African cryptocurrency expert Shireen Ramjoo. “The code of Bitcoin, for example, is open-source so anyone can access that code, adapt it and obviously work on it from there.”

She also pointed out that cryptocurrency won’t be effective if nobody uses it.

The initial run for ZASH proves there is an appetite for the digital currency in Zimbabwe and one that is not going away anytime soon.

“The tech start-up is limited to having only 7.2 million subscribers based on the total amount of tokens it has,” Haslam said.