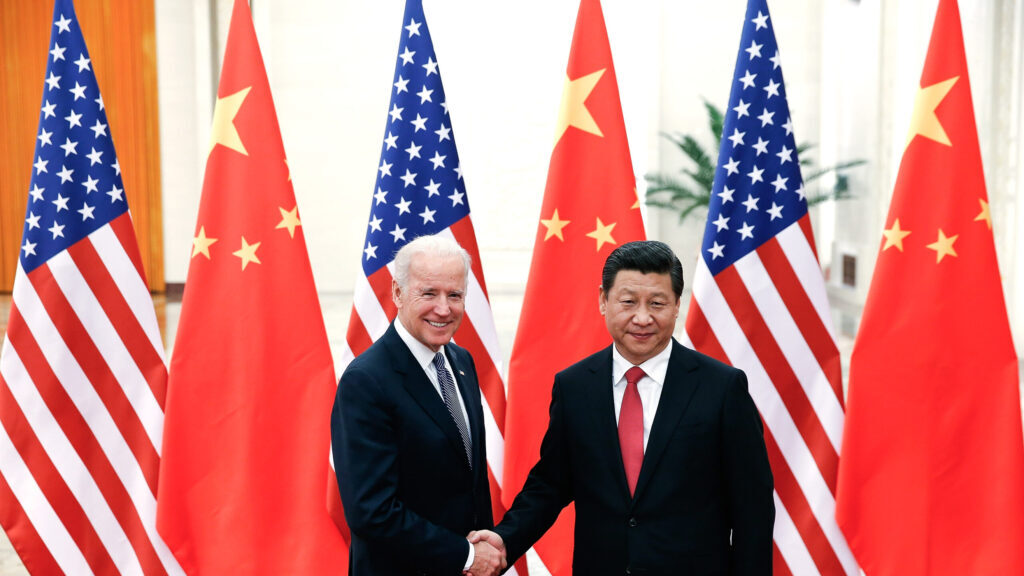 JAKARTA, Indonesia — Despite uncertainties over Joe Biden’s approach to trade with China, major U.S. companies are optimistic about the business outlook under the new administration.

The American Chamber of Commerce in Shanghai found that among 50 companies with global revenues over $1 billion that it surveyed the week after the U.S. election, 62.9% are more optimistic about doing business in China, and 84.7% of respondents do not think trade restrictions or tariffs will increase.

Despite uncertainties over Joe Biden’s approach to trade with China, major U.S. companies are optimistic about the business outlook under the new administration.

“Businesses are signaling that a Biden administration will bring more stability to the U.S.-China relationship,” Ker Gibbs, president of AmCham Shanghai, said in a statement released by PwC China, which partnered in the survey. “This will be welcome after several years in which American companies have had to deal with uncertainty and sometimes erratic policies.”

Adam Khan, founder and CEO of Akhan Semiconductor, thinks a Biden administration will take a more diplomatic approach by engaging with the World Trade Organization and reopening dialogue with China.

Aaron Levie, founder and CEO of Box, tweeted about the election result: “This is great for American competitiveness. While there’s nothing magical Biden can do, that’s the point. Businesses need market stability, global trade relations that don’t change on a whim, talent from everywhere, long-range planning, and a lack of constant distractions.”

The Business Roundtable, a Washington-based nonprofit whose members are CEOs of major U.S. companies, has already suggested policy priorities for the new administration.

Joshua Bolten, CEO of the lobbying group, said they believe Biden should start trimming the Trump administration’s tariffs on countries and on specific foreign goods.

In an open letter to Biden, Intel CEO Bob Swan called for a bigger investment in the semiconductor industry, given that the U.S. contributes just 12 percent the to global capacity. Semiconductors are vital components in electronic devices from mobile phones to coffee makers, Khan said.

President Donald Trump issued a list of 16 countries in 2017 that he blamed for the U.S. trade deficit, which spiked by 12.5 percent a year later. The $612 billion deficit was the highest since 2008, the U.S. Census Bureau reported.

Ashley Craig, co -chair of the International Trade Group at Venable law firm, told Zenger that a trade deficit is not always a bad thing; it reflects that the world has flattened in the sense that supply chains are highly integrated. “We are a consumer nation dependent on sourcing a product from all over the world, and China remains our main trading partner,” he said.

“Trade deficit is not new, but what’s missing from the discussion is that the trade deficit is a more significant issue for China than the U.S. itself. The U.S. does not borrow in another currency to finance that deficit, leaving China with U.S. dollar-denominated debt on their hands,” said Aleksandar Tomic, an associate dean at Boston College.

“In short, China finances U.S. consumption and in U.S. currency, which limits what China can do (e.g., they cannot unilaterally decide to ‘punish’ the U.S. without seriously hurting their own economy),” Tomic told Zenger News.

“As far as the growing deficit, that shows the [lack of] effectiveness of tariffs as they invite retaliation. Do note that the U.S. deficit with China has decreased in 2019 relative to 2018 and is on track to fall again this year,” Tomic said.

However, Tomic said, “The tension [with China] will not go away anytime soon.”

Biden’s stance on human rights issues, for one, will affect his approach to China, Tomic said.

Meanwhile, Biden is seen as likely to embrace European allies in facing off with China by easing trade tensions with Brussels. After the U.S imposed tariffs on EU steel and aluminum, Brussels imposed a 25 percent duty on American products in June 2018.