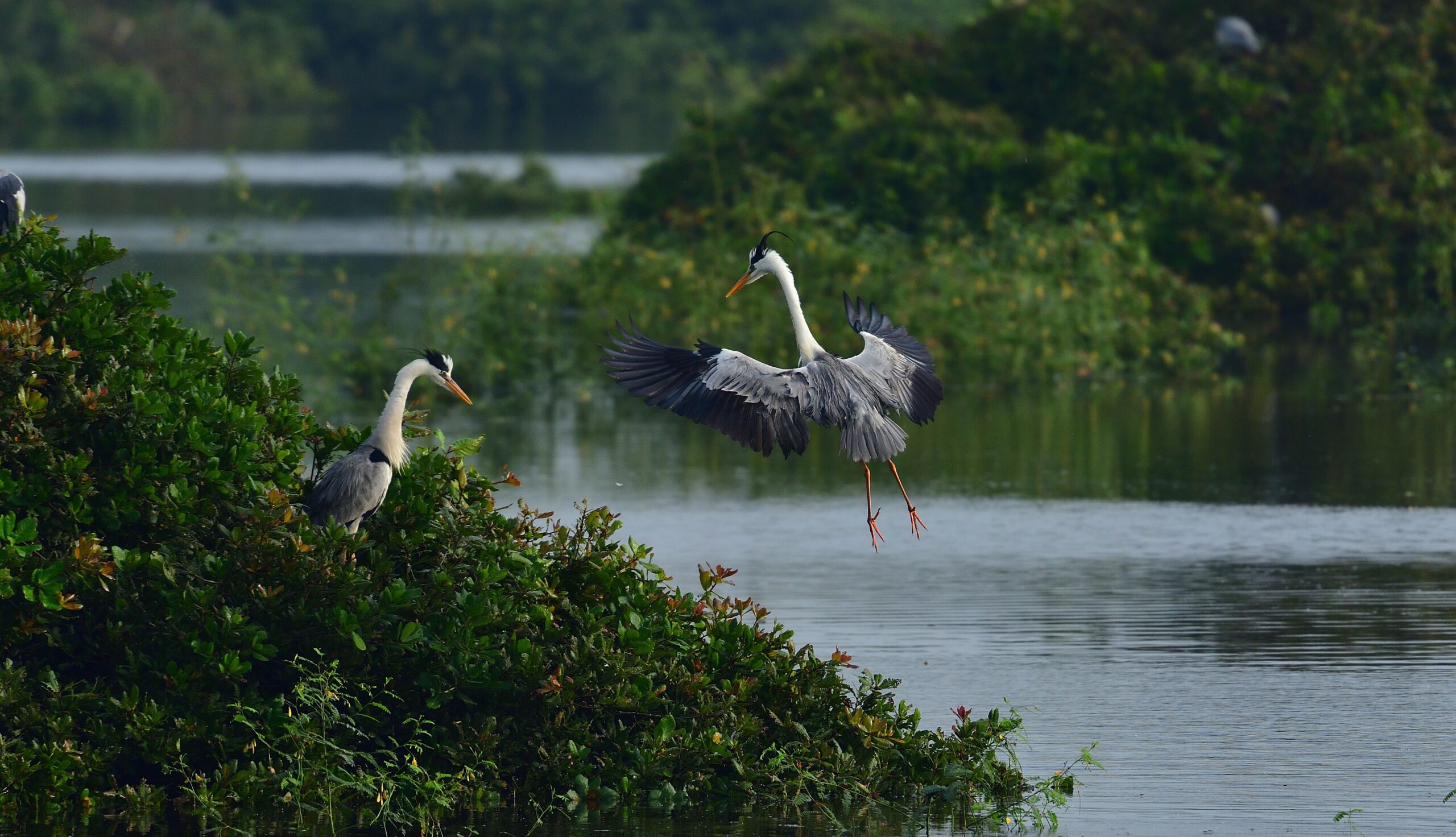 In September, the northeastern monsoon arrives in Tamil Nadu, a state in south India. This small-scale winter monsoon is one of the key providers of rainfall — and water —to the country’s southern peninsula, with Tamil Nadu recording 48 percent of its annual rainfall during these months.

This year however, the state has remained rain-deficient, with heavy rainfall starting only towards the end of November, largely due to cyclones caused by depressions in the Bay of Bengal.

Among the repercussions of this delay, is the deficit in the number and species of migratory water birds that make their way from all over the world to Tamil Nadu to breed and nest.

“This year, the monsoon has not been up to expectation,” said C.H. Padma, IFS (Indian Forest Service), Wildlife Warden, Chennai. “Rains are usually expected in September, but Vedanthangal didn’t receive them at that time.”

“While birds did start coming around that time, a lot of the early visitors flew away as water levels were low indicating inadequate feed and safety for their hatchlings. As a result, this year has had around 50 percent lesser water birds than usual. For nesting birds, water should be full in the lakes because the nests are floating ones, and once the young ones hatch, they need to dive into the water. Water has been received in the lake only over the last fortnight.”

Tamil Nadu boasts bird sanctuaries that are a haven for migratory birds, with several thousand of them finding their winter homes in its tropical climes. Besides the popular Vedanthangal Bird Sanctuary and the Pulicat Lake, Tamil Nadu’s capital city Chennai has marshes and protected national parks within city limits that allow diverse bird species to thrive.

Migratory birds choose their winter nesting homes based on water in the lakes and availability of feed in the area, and this in turn depends on a good and timely monsoon. In a good year, around 40,000 water birds visit sanctuaries like Vedanthangal during the nesting season. Across the state, bird watchers can spot winged visitors who make their way to breeding spots from around 29 countries.

Exotic birds like pink flamingos and bar-headed geese, which are among the world’s highest flyers, cross over the Himalayas at an altitude of 30,000 feet (ca. 9 km) to migrate to their destination!

“Water birds come to breed in Tamil Nadu when it starts raining during the northeastern monsoon,” said V Santharam, Director, Institute of Bird Studies and Natural History at Rishi Valley School. “If the conditions are good, they stay back longer, but when the water level comes down during March-April, they fly back. The most prominent birds we identify are wading water birds like flamingos, storks and egrets. They move south with the northeast monsoon.”

“Other water birds like ducks travel longer distances. Some of them come from Central Asia and Eurasia. It is the smaller birds that are actually the true migrants, who can travel long distances. Clovers and sandpipers are groups of shore birds that come. There are also gulls and terns, some of them are local and some migrants. You can also see birds of prey like the amur falcon, kestrel, other eagles and vultures coming in.”

While Vedanthangal and Pulicat Lake are undoubtedly the most popular and continue to be visited by flocks of birds and visitors, there are other points further south such as Mandapam near the Rameshwaram islands. This town lies on India’s eastern coastline and is known for its rich biodiversity, flora and fauna.

The Koonthankulam Bird Sanctuary in Tirunelveli is a popular avian haunt.

Popular community websites such as ebird.org has people uploading data and regular bird watchers put up news on sightings on a regular basis.

“Before the monsoon sets in, we do a lot of de-silting of existing channels for water flow in bird sanctuaries like Vedanthangal,” said Padma. “This is done to ensure enough water for migratory birds. Of course, if rainfall is in deficit, we can’t do anything, but during good rainfall, we ensure that the water reaches the designated water bodies meant for birds to breed and nest. It all depends on a good and timely monsoon.”

“There are about 30 species that nest in Vedanthangal that come from Southeast Asia, Eurasia, the Americas, Australia and even Africa. Typically, the Asian open billed stork is the first to arrive, and the painted stork is the last. One activity we do during peak seasons when there are young ones in the nest is, releasing fingerlings into the water. So feed is available in plenty.”

KV Sudhakar, President of the Madras Naturalist Society, based in Chennai, Tamil Naduhowever feels the season has not been too bad.

“Our members are serious bird watchers, and there have been the usual migrants seen in the marshes of Pallikarnai and Sholinganallur. There are also woodland birds found in the Guindy National Park and Theosophical Society premises. Birds of prey like the harriers and the orange-jetted ground thrush have been sighted along with migrant ducks and other water birds like flamingos.”

“There have been a lot of new species that have started making their way here now. It is now common to see spot-billed pelicans, which never used to happen around 20 years back. Even flamingos are now visible in tens of thousands, but you couldn’t see them inside the city earlier. Whether this is happening because of climatic changes, or if their usual protected areas are being claimed, is something that long-term studies will prove.”