Police jail pair and an Argentine accomplice after they stole 11 mobile phones. 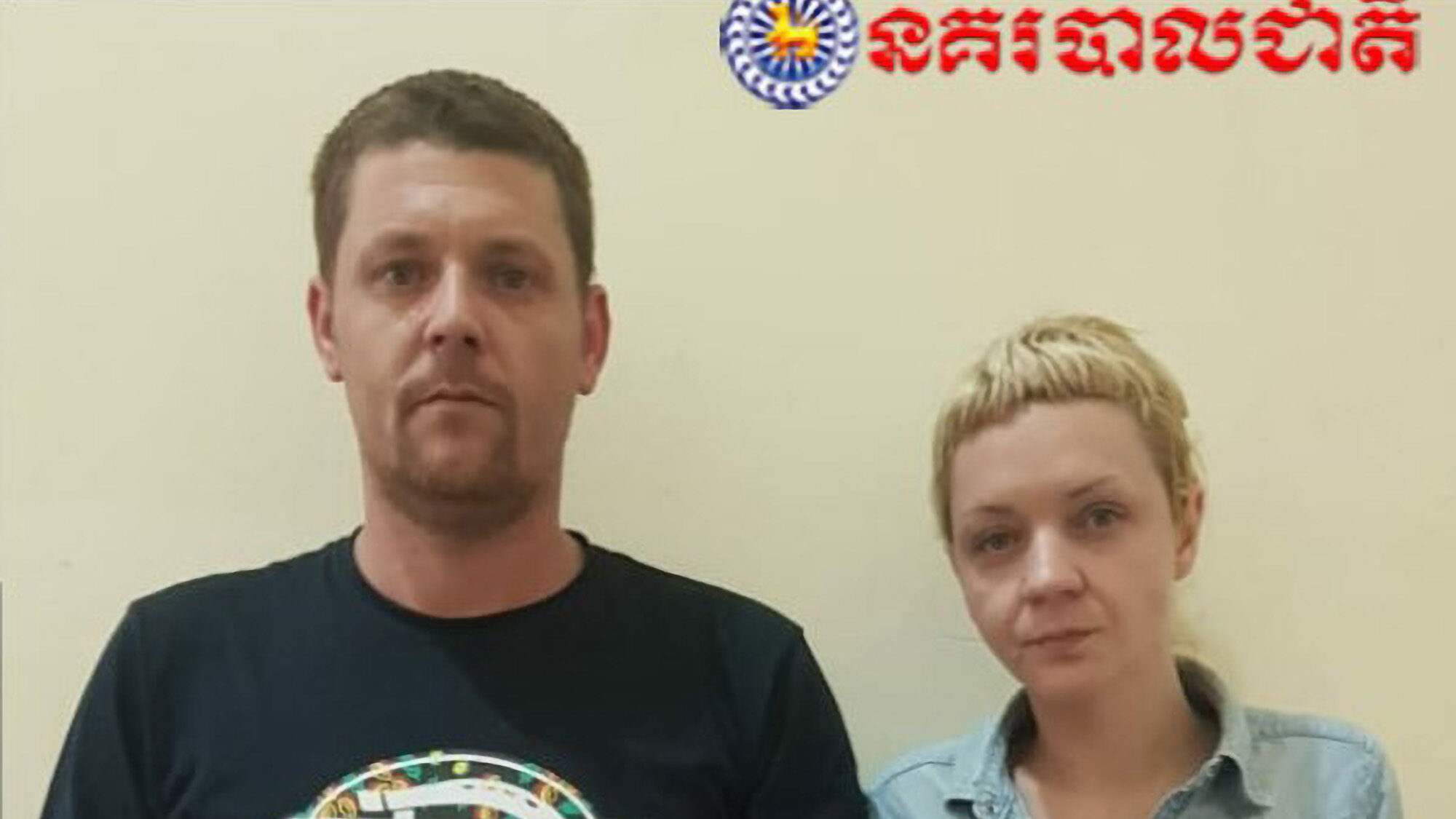 PHNOM PENH, Cambodia  — A U.K. fraudster and a British teacher, reportedly the man’s girlfriend, have been arrested in Cambodia for robbing a mobile phone seller and possessing drugs.

The pair, identified as Stuart Breakell, 42, and Jamie Louise Rhodes, 33, were staying at a hotel in Phnom Penh, the capital, when they placed an order for 11 iPhones and a Huawei GT2 watch.

Together with an Argentine accomplice, they allegedly robbed the delivery person on Nov. 24.

They were arrested a short while later and face a lengthy time in jail before trial.

Cambodian authorities said the British couple went to a shop run by businessman Noun Phirum, together with an Argentine man named Daniel Zaccanti. They later made a telephone call asking for 11 red iPhones and the watch to be delivered to the hotel.

However, when the products arrived, the Argentine man reportedly took the phones and then jumped into a Toyota Lexus X300 driven by the British suspects.

Using CCTV footage, police tracked the pair down a short while later. After arresting all three suspects, officers said they also found a box containing cannabis, as well as a packet of “white powder” that is currently being tested.

The police believe the British man used a fake name to hide his identity as a known criminal called James Whitlow, which authorities are trying to confirm.

The U.K, government warns its citizens to avoid getting into trouble with Cambodian authorities.

The gov.uk website explains court cases there often lack transparency, conditions in local prisons are “extremely poor and overcrowded” and anyone convicted will serve time in a Cambodian jail instead of being extradited back to the U.K.

The U.K. government especially cautions against being involved in anything drug-related, as penalties are severe and the conditions are harsh. Cambodia’s largest prison facility, Phnom Penh’s CC1, houses five times its planned prisoner capacity.