The modernization plans for the heritage Shimla ice skating rink have been put on hold because of the pandemic.
By Ojaswin Kathuria December 5, 2020
Facebook
Twitter
Linkedin
Email 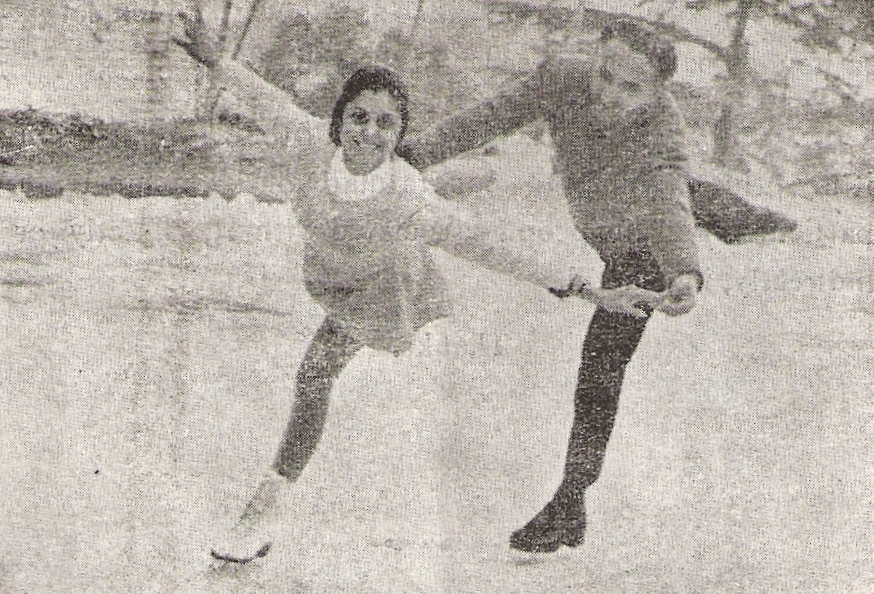 High up in the Indian Himalayas is Shimla — a scenic colonial town established by the British in 1864 as their summer capital. With cool weather throughout the year and icy temperatures in winter, Shimla was the perfect place for the British to set up an ice skating rink in 1920.

This winter marks its 100th year.

“When we were young, we used to sling our skates around our shoulders and walk from the Mall Road to the rink feeling like the cat’s whiskers all the way,” said 81-year-old Y.P. Gupta, an erstwhile architect of the Public Works Department who still indulges in his passion for skating now and then.  “At that time it was a matter of pride to be an ice-skater. Now it has changed; youngsters still come but not like before.”

Gupta is one of the oldest skaters at the skating rink and is eagerly looking forward to this year’s skating season.

“For me, the passion to skate remains the same,” says Gupta. “I still wake up early during the skating season and never miss an early morning session at the rink.”

According to a book, “Simla-the Summer Capital of British India” written by Shimla-based historian and writer Raaja Bhasin, the rink was originally a tennis court. Shimla was called ‘Simla’ in colonial times.

In his book, Bhasin writes, “during the month of November in 1920 a Britisher, Mr Blessington saw drops of frozen water from a tap in the vicinity of the tennis court. People who lived around the area also complained about frozen water pipes, which led to a shortage of water supply during the winters. Mr. Blessington took this opportunity and converted the tennis court into a ground filled with water, which froze over-night under the clear sky. This marked the establishment of Shimla’s ice skating rink (sic).”

The book mentions that the ice skating rink is unique since it is functional only when it freezes naturally during winter, which makes it one of a kind.

“Most other ice skating rinks in the south Asian region are not natural. They remain functional all year because an optimum temperature is artificially maintained for skating,” said Bhasin to Zenger News.

The open-air Shimla ice skating rink remains frozen naturally because of its location in a sun-less spot, which records freezing temperature in winter.

The night before a skating session, a staff member of the skating rink sprays water across the open field, which sets into ice. With repeated sprays of water, the ice sheet grows thicker. After about five sprays, the ice layer is about 15 centimeters thick and ready for skaters.

Today, the ice skating rink is a matter of great pride for Shimla residents, however, there was a time when it was out of bounds for non-Europeans.

“The club that ran the rink originally had 30 members, and all of them were Europeans. Indians during the British rule were not allowed to become a part of the club,” Bhasin writes in his book.

Bhavneesh Banga, the current secretary of Simla Ice Skating Club said that the facilities in the rink are old, but they have been working on the new remodeling plan that includes expansion of the original field and a covered rink. The plan also includes the installation of better field lights and seating.

The ice skating rink in Shimla received funding from the Indian Government in 2019 for expansion and remodeling, to bring it up to international standards. But due to the pandemic, much of the funding has been withdrawn for the time being.

“The work on the expansion was in progress till March but because of the lockdown we had to put it on hold.”

The administration hopes to host national ice-skating and ice hockey championships after the remodeling. The events were earlier hosted in an artificial skating rink in Gurugram near Delhi.

“At present, the rink in Shimla lacks the infrastructure to host big events” says Banga.

The ice skating season generally starts by the end of November or in the first week of December. But this year the administration has decided not to hold any major events due to the pandemic. Generally, at the beginning of the skating season, the club arranges an intra-state ice skating championship. On Christmas day, a fancy dress event is held for kids.

“This year, there will be regular skating sessions with all safety precautions but a limit has been put on the number of people for each session,” says Banga.

Before the pandemic, whenever the club hosted any events, a crowd of 10,000 people would attend it, including the participants. This year only 200 people will be allowed to come for every skating sessions and no special events will be hosted.

In recent years, it has been a struggle to maintain the Shimla ice skating rink because of global warming and increasing temperatures.

Winters in Shimla aren’t as cold as they used to be. A study by Centre for Science and Environment showed that the temperatures in India have increased by more than 34.7 degrees Fahrenheit (1.5 °C) since the beginning of the 20th century.

“We have struggled a lot due to climate change in the last couple of years. The ice on the field takes much longer to form and sometimes we have to call off skating sessions if the temperature doesn’t drop enough for the ice to become firm” says Banga.

Banga mentions that the remodeling plan will convert the open rink into a closed one since they will build a shelter around the skating field which will help maintain the temperature inside the rink.

The rink would be converted into a semi-artificial rink since they are hoping to run it all year long using the temperature control systems, which will be installed once the remodeling is complete.

«Previous Post
A Jumbo Problem: Human-Elephant Conflict in India is on the Rise»Next Post
British Teacher and Fraudster Lover Held in Cambodia on Drugs, Robbery Charges