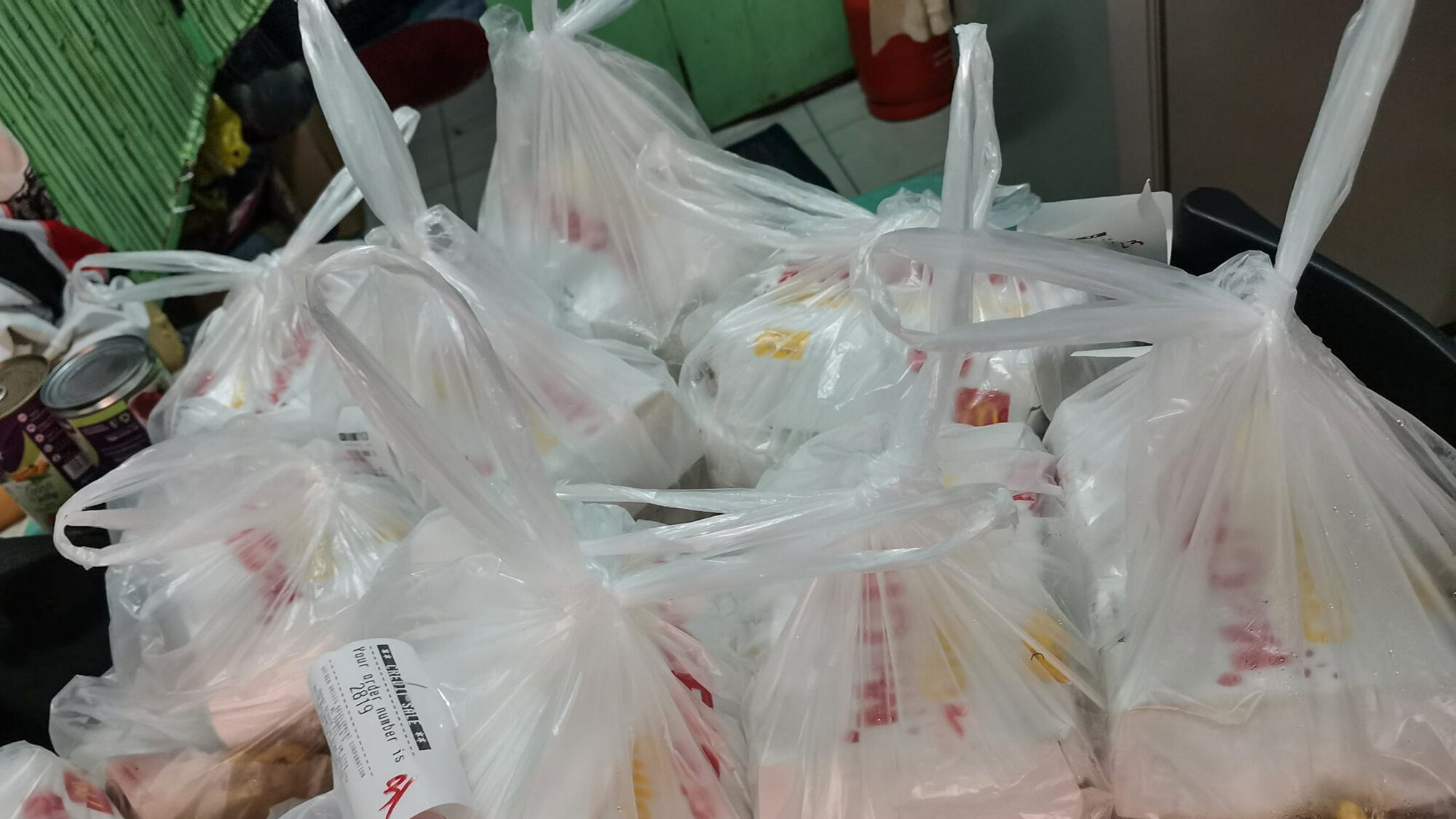 The food was delivered by 30 separate couriers — all demanding payment.

The youngster, who lives in Cebu City, Philippines, placed the order with Food Panda, which resulted in her narrow street becoming choked with delivery riders.

The girl, trying to help her ill grandmother, used a parent’s smartphone to order lunch on Nov. 25.

“I heard shouting and went outside and found that our neighbor, who’s about 7, had ordered multiple meals online. Due to the pandemic, the child cannot go to school, so she is at home looking after her grandmother while her parents are at work,” said Dann Kayne Suarez, a neighbor.

“The moment the child ordered the food, the internet wasn’t working very well. There was a time lag that kept prompting the app to display an error message. When the error continued to appear, the girl placed the same order. Those became valid orders, which she was totally unaware of, ” he said.

Kayne Suarez checked her phone and saw she had ordered 42 meals. Some meals did not turn up, but loads of drivers — and meals — did.

The drivers agreed it was not the child’s fault, and that she should not be blamed for the error. Suarez then arranged for locals to join them on the street and buy the surplus meals.

“I bought the few remaining meals so the drivers could leave and the poor girl was not too traumatized. Then I asked my friends to buy my orders. Many of those drivers are fathers with families to support,” he said, “and I wanted to help them.”

The Philippines has a variety of restrictions in place to slow the spread of COVID-19, which currently consists of 432,925 confirmed cases and 8,418 deaths.