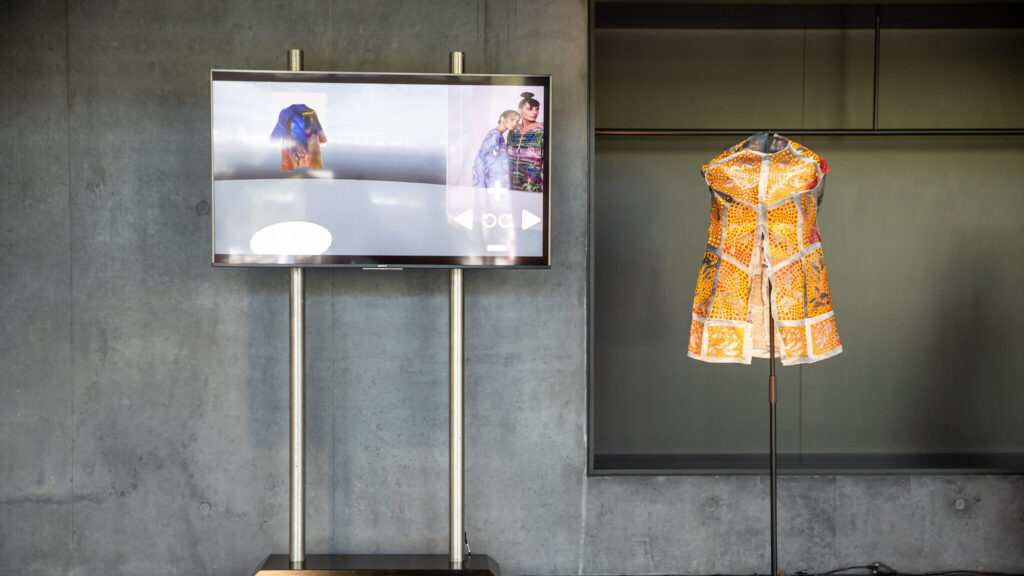 Rethink fashion: That was the mandate given to Israeli fashion designer Ganit Goldstein and nine other artists who each got €55,000 from the European Union’s Horizon 2020 “Re-FREAM” program to work with scientists on revolutionizing garment manufacturing.

Little did she know, when the year-long project began in October 2019, that she would also have to rethink how to exhibit her customized 3D-printed clothing – thanks to the pandemic.

Goldstein, a Bezalel Academy of Art and Design graduate now getting her master’s degree at the Royal College of Art in London, worked with Israel-based 3D printing company Stratasys to create on-demand garments using 3D body scanning and direct-to-fabric printing. She tested them at Haratech fabrication company in Linz, Austria, until Covid-19 curtailed travel.

By May, Goldstein realized that the October project presentation event at WearIt Berlin would be canceled.

So she asked her brother, Yoav, a deep-learning software engineer at Intel’s RealSense studio, to invent a unique way to exhibit her collection virtually – in 3D, of course.

“There is a lot of movement now into virtual exhibitions, but usually they are just panoramic views of 2D designs on the computer,” she tells ISRAEL21c. “We were aiming to introduce the physical element, to develop a space that feels you are entering a 3D world.”

Goldstein already had 3D files of her garments, but these large files would crash a standard website. Her brother put together existing technologies in a new way, creating a unique VR exhibition.

“Using a VR headset, you can go really close to the outfit and see the details, and get explanations of the outfits,” she explains.

“It’s a new experience of enjoying fashion, to be inside a virtual environment that feels like a museum you can really explore.”

Goldstein presented her collection virtually at the Ars Electronica Festival in Linz. “It’s the biggest exhibition for digital designs, very known for being cutting edge,” she explains.

She and Yoav also presented their Fashion Museum VR exhibition at the November 3 showcase of the Retail Innovation Club, a Herzliya-based international gateway to Israeli startups in retail and real estate technology.

In addition, Stratasys used the website to present Goldstein’s outfits virtually at events including the Product Innovation Apparel Europe summit in October.

“Part of it is showing a new way for industry to present their garments, but also it’s presenting the fabricated garments themselves,” says Goldstein.

“This is a new way to exhibit and a new way for tech people to work with creatives,” she says. “We’re not selling the product, but it’s a new concept for a time when everyone is missing exhibitions and people want to explore new spaces and see inspirational designs.”