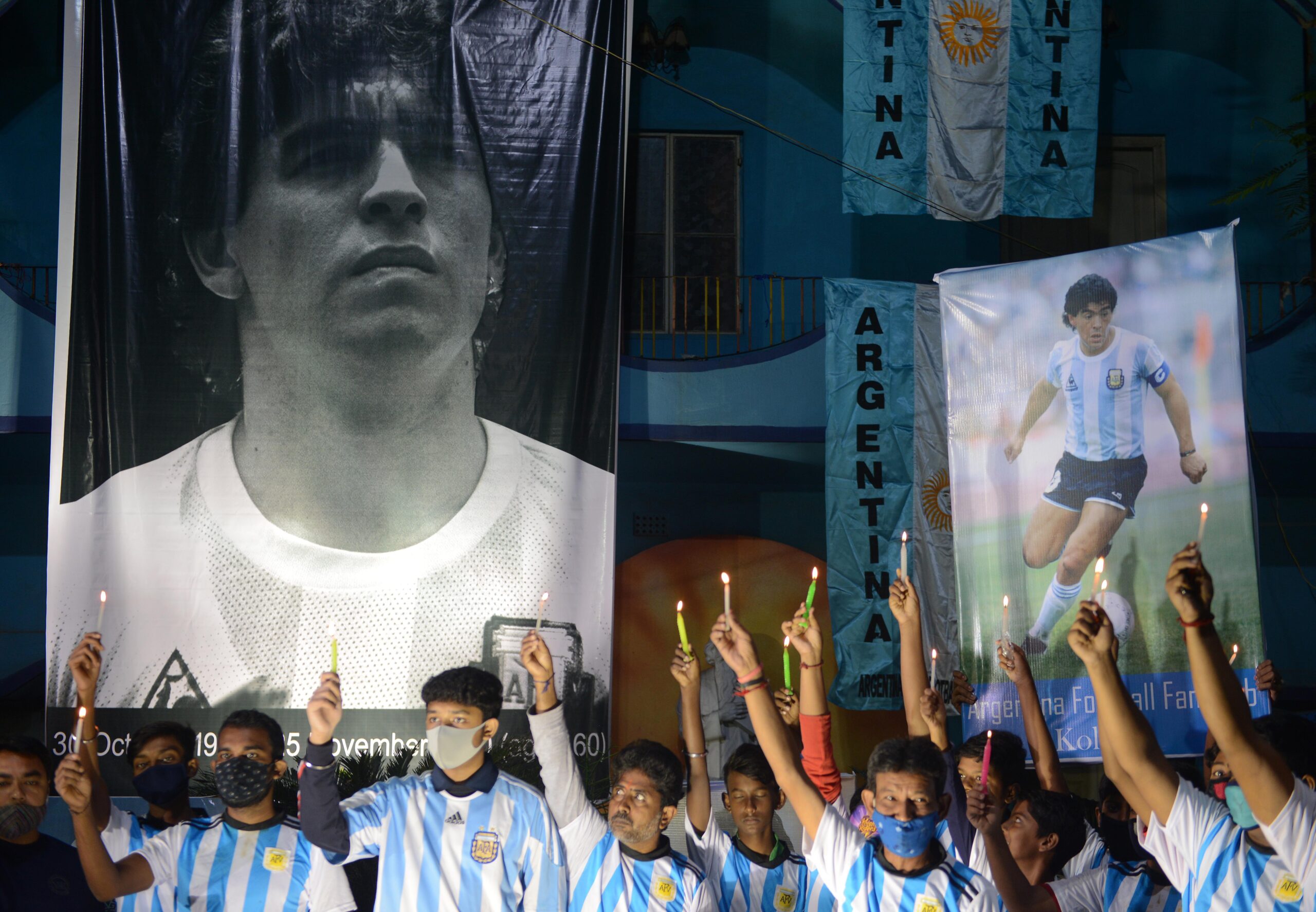 The eastern Indian metropolis of Kolkata, though 16,000 miles away from Buenos Aires, was deep in mourning when they heard about the death of Argentine football legend Diego Maradona.

Maradona, who led Argentina to World Cup victory in 1986, died on Nov. 25 after suffering a heart attack at age 60.

As news of his death spread on social media, Maradona’s fans in Kolkata held a candlelight vigil and showered flowers on his portrait. A match was also held between two teams from the north and the south of the city. Social distancing restrictions prevented large gatherings.

Since cricket is the most popular sport in India (the country qualified for football’s World Cup only once, in 1950), the outpouring of grief for Maradona might seem strange. But not for Kolkata, often called the “Mecca of Indian Football.”

Loyalties of football fans in the city are usually divided between local teams, Mohun Bagan and East Bengal, but during the World Cup every four years, different parts of the city choose international teams to support. It is not uncommon to see entire neighborhoods decked in the white and blue of Argentina or the yellow and green of Brazil.

When legendary Brazilian footballer Pele visited Kolkata (then Calcutta) for a friendly match between the New York Cosmos and the iconic Mohun Bagan club in 1977, some 80,000 people turned out to watch at Eden Gardens.

Maradona visited Kolkata in 2007 and 2017. The first time, he inaugurated a local football academy. The next time, he played a friendly match against a team led by former Indian cricket captain Sourav Ganguly.

“My hero no more; my mad genius rest in peace; I watched football for you;” Ganguly tweeted after Maradona’s death.