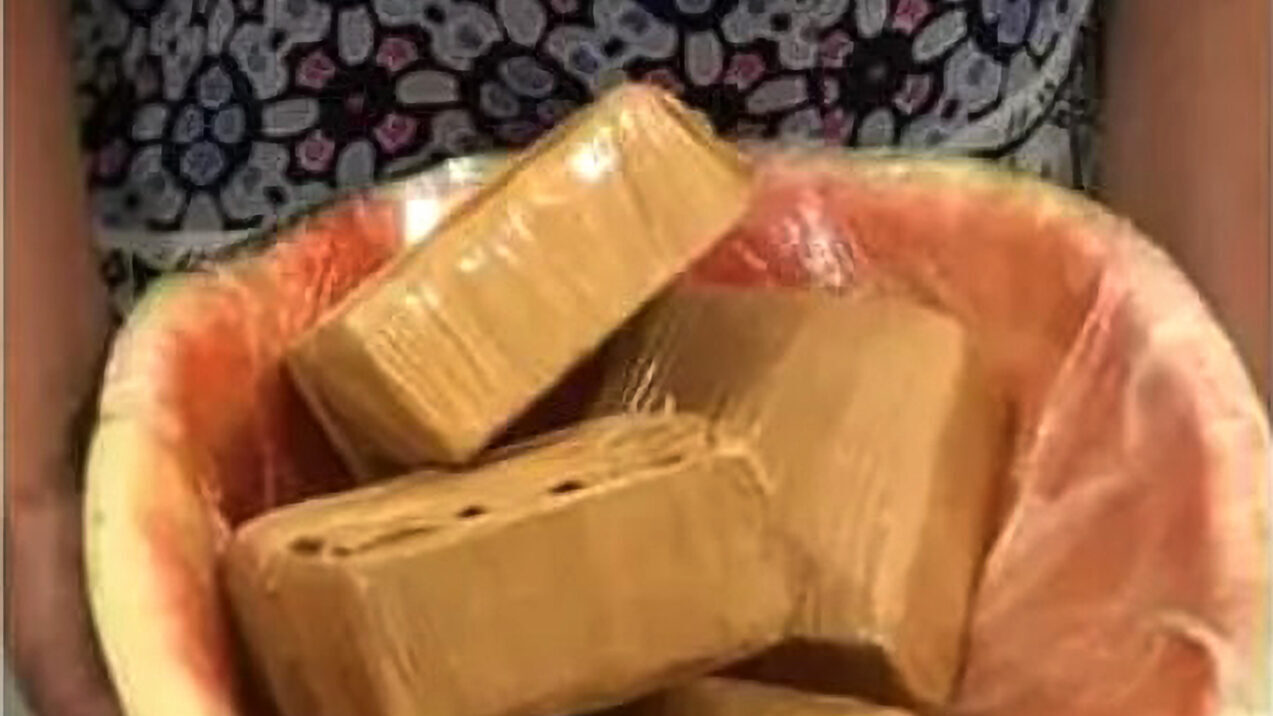 An unnamed woman was on a tour bus heading to Rio de Janeiro when passengers thought her supposed pregnant belly looked suspicious and alerted police. (@POLICIAMILITARDESP/Newsflash)

GUARATINGUETA, Brazil — A Brazilian woman who pretended to be pregnant was actually wearing a hollowed-out half watermelon containing several blocks of cocaine.

The unnamed 38-year-old woman was arrested on suspicion of drug trafficking in the Brazilian municipality of Guaratingueta on Nov. 29.

The woman was on a tour bus heading to Rio de Janeiro when passengers thought her supposed pregnant belly looked suspicious and alerted police.

Authorities found the woman had strapped the rind of half a watermelon to her body, which was filled with 2 kilograms (4.4 pounds) of cocaine paste wrapped in four bricks.

The suspect confessed to police she had bought the drug in neighboring Paraguay, had passed through Sao Paulo, and was on her way to Rio de Janeiro, where the illegal substance was due to be delivered.

She is being held in jail awaiting trial.

In a Facebook posting, the Sao Paulo State Military Police acknowledged the woman’s creativity in creating the fake pregnancy, but also said it would not result in any leniency in her sentencing, if found guilty.

The woman has plenty of company when it comes to trying new ways of smuggling drugs.

Recent ploys include hiding drugs within shipments of kidney beans and pistachio nuts, stuffing drugs into a roasted chicken, implanting dogs with drug packets, and mixing cocaine with melted plastic and injecting it into molds of dog bowls or pet-carrying cases.