A Jumbo Problem: Human-Elephant Conflict in India is on the Rise 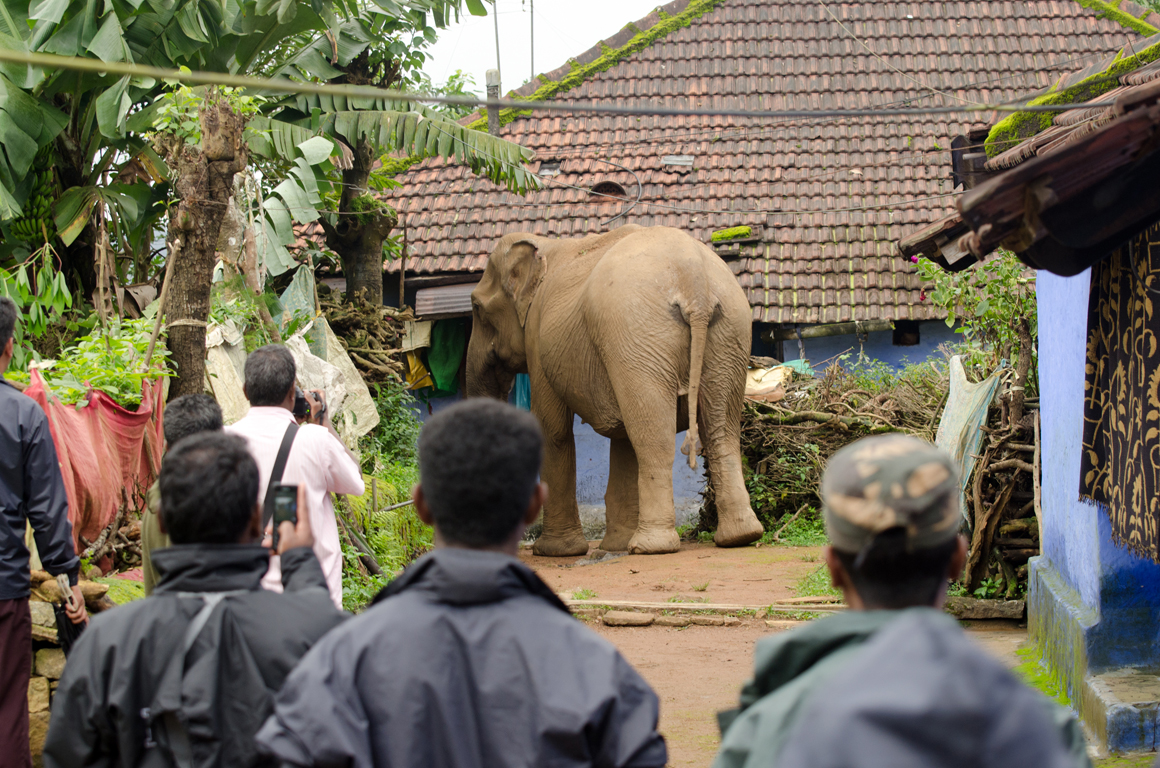 An Elephant enters a residential colony in a tea estate in Valparai. Photo: Sreedhar Vijayakrishnan NCF

In June, the death of a pregnant elephant outraged the entire nation where it accidentally ate a pineapple packed with explosives. The elephant stood in the water for four days before succumbing to injuries.

In a more recent incident, an elephant and a calf died on Sep 27 after being hit by a train in Lumding, Hojai district, Assam.

Similar incidents of accidental elephant deaths have been on the rise in India. Between 2014 and end-March 2019, nearly 2,400 people had died in such conflicts, said Minister of State for Environment, Babul Supriyo in the parliament. The eastern state of West Bengal had registered the most deaths — 403.

Of the 510 elephant deaths in this period, 333 were due to electrocution.

Research suggests most human-elephant conflicts in Asia are based on inducing fear in elephants. Common preventive methods include physical separations between human and animal habitation, or domestication, translocation, and culling.

Anamalai Hills in the southern state of Tamil Nadu is a rare spot in the country where humans and elephants coexist peacefully.

Also known as Elephant Hills, Anamalai has been home to jumbos for over 120 years now. As the landscape of the area changed from rainforests to tea plantations over the past several decades, the human-animal conflict also spiked.

With only a few pockets of forests left in the area, elephants would often wander into human habitation, destroying homes and killing people.

From 2003, they teamed up with cable operators and began sending alerts to locals about elephant herds in their vicinity. The messages would go out at 5 pm — when tea estate workers start going home.

“Most deaths were reported during this time and the next one or two hours,” said Kumar.

Over the years, as people moved from cable networks to direct-to-home services, the scientists also started sending texts at 5:30 pm — in English and Tamil (the local language) — with similar warnings. A flashlight system with 25 units was also introduced; these kept blinking continuously in areas through which elephants were passing.

As more and more residents subscribed to the warning system, the number of casualties went down. Kumar and his team moved out of the area four years back, but no casualties have been reported since then.

“The locals started appreciating nature more than ever and have themselves become the conservers of the huge elephant population living there,” he added.

While human-elephant conflict might have gone down in Valparai, it is not the case with the rest of the country.

In comparison to above 30,700 elephants in 2012, India now has 27,312 wild elephants, according to the 2017 elephant census — about 55 percent of the global population of Asian elephants. These animals live in forests covering about 68,175 sq km (26,322 square miles)  in northeast, central, north-west, and south India.

In most of these places, human-animal conflict is common.

“A close study of the influence of various factors on the physiological health or stress-response in elephants not only provides us insights on their health but also helps us manage them,” said Sanjeeta Sharma Pokharel, who has been studying conservation physiology in India’s elephants for a decade.

Pokharel, a postdoctoral fellow at the Smithsonian Conservation Biology Institute in Front Royal, Virginia, has studied the elephants in Bandipur National Park, Nagarahole National Park, and the Hassan district of southern state of Karnataka.

One of her studies shows that stress hormone levels in feces of elephants residing in Hassan — a human-dominated area — were low, but the nitrogen content was high.

“Nitrogen levels in feces of any animals can be used as an indicator of their dietary protein,” said Pokharel. “I found protein levels to be higher in feces of crop-foraging elephants than those who never foraged on crops, suggesting that the former have access to a better quality of diet.”

“This could be one of the possible explanations for the low stress levels shown by these elephants. Good quality diet and minimal human disturbance may have encouraged Hassan’s elephants to adapt to the place, but this also indicates that such short-term adaptations may bring physiological and behavioral changes.”

Availability and distribution of resources determine the presence of elephants in an area. While they have no natural predators, humans have emerged as a major threat.

In the northeastern state of Assam, 70-80 elephants have died in the past three years, said Kaushik Barua, a wildlife conservationist and founder of Assam Elephant Foundation.

“An equal number of people have also died. Fatalities are high during the harvest season. Assam’s elephants have developed a palate for paddy, which doesn’t fall in the regular diet of wild elephants.”

“To mitigate the problem, what you need are political will and sufficient financial resources.”

“The WTI project is a huge success but NGOs can’t bring large-scale results. It is the government who has all the land under its control and needs to judiciously allocate resources to humans and animals.”

The WTI has successfully secured six elephant corridors in Thirunelli (Kerala), Edayarhalli and Kaniyanpura (Karnataka), Siju and Rewak (Meghalaya), and Chilla (Uttarakhand). Under the project, land is acquired and local people are rehabilitated. The local forest department takes charge of this land

Last November, around 40 elephants entered the forests of Bandhavgarh, crossing the state borders of Chhattisgarh and Odisha. Though the migration happened as a yearly ritual, the herd stayed back for the first time in a decade; they even bred two new calves.

“We are trying to increase community sensitization, but it is a time-taking process,” said Ghai.

“Most mitigation measures in India aim for immediate results. Resolving issues in man-animal conflict areas is an uphill task and you can’t start looking for solutions immediately,” said Kumar.