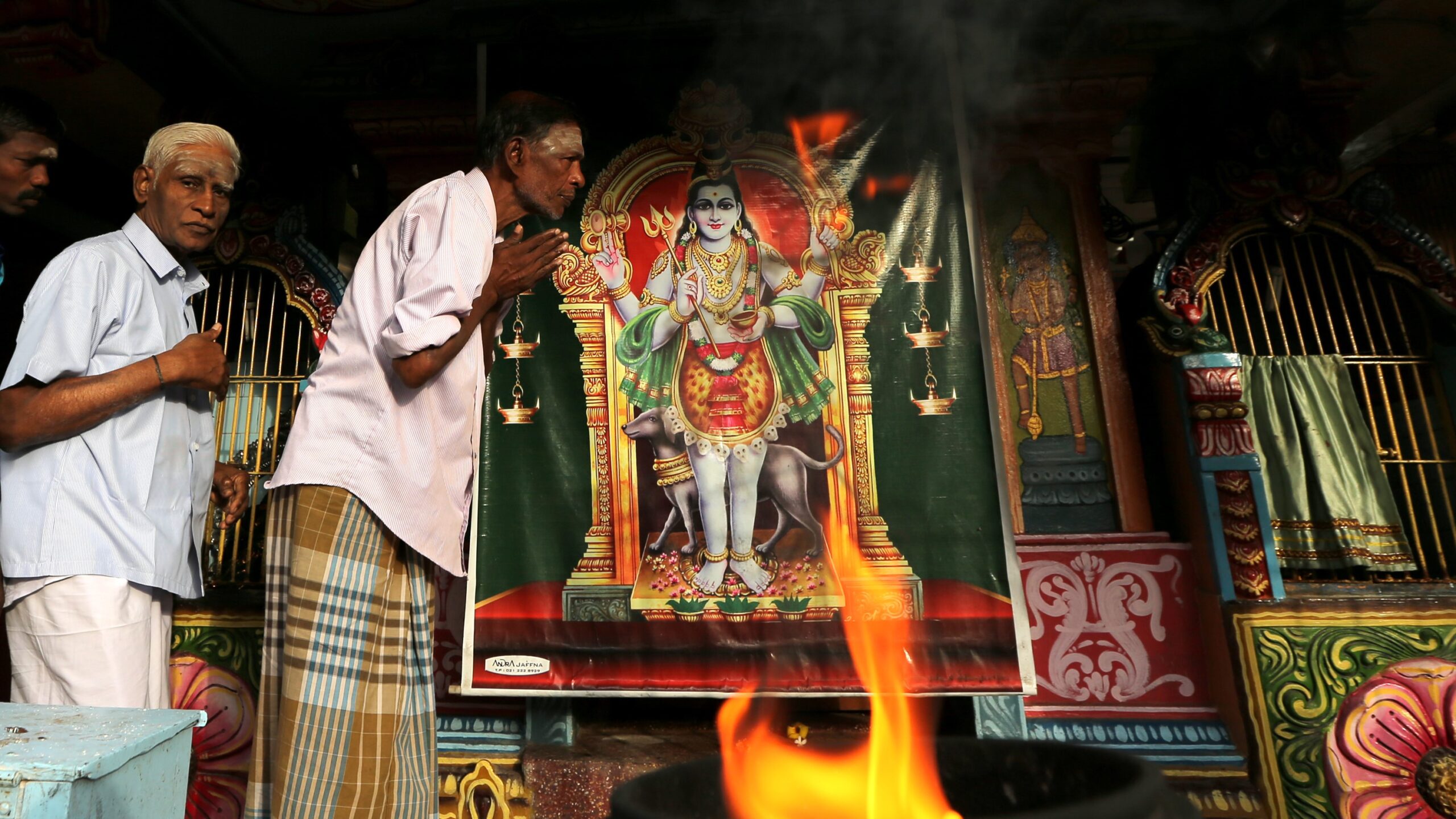 COLOMBO, Sri Lanka — Sri Lankan military and police have cracked down on celebrations of the Hindu festival of Karthikai Deepam in the northern parts of the island nation, claiming that it could be related to the commemoration of former rebels.

The festival includes lighting lamps and ringing bells in temples and public places. This year it was celebrated on Nov. 29.

The authorities earlier on had warned against any commemoration of former cadres of the militant Liberation Tigers of Tamil Eelam (LTTE), which waged a war against the national government from 1983 to 2009. The LTTE, led by V. Prabhakaran, demanded the creation of an independent country in the north and east because of discrimination against the Tamil minority by the Sinhalese majority.

Most Tamils are Hindus and Christians; most Sinhalese are Buddhists.

In the run-up to the festival this year, Sri Lankan Army Cmdr. Shavendra Silva warned against people trying to publicly honor former LTTE cadres. Courts in the north and northeastern provinces banned public commemorations and celebrations of “Heroes Day,” though private events were allowed.

In September, the court banned commemorations of the death of Rasaiah Parthiban, a revolutionary member of the LTTE.

Sri Lankan Tamils also celebrate Heroes Day on Nov. 27 to commemorate the death of LTTE militants, whom they consider to be martyrs. Prabhakaran’s birthday is Nov. 26. 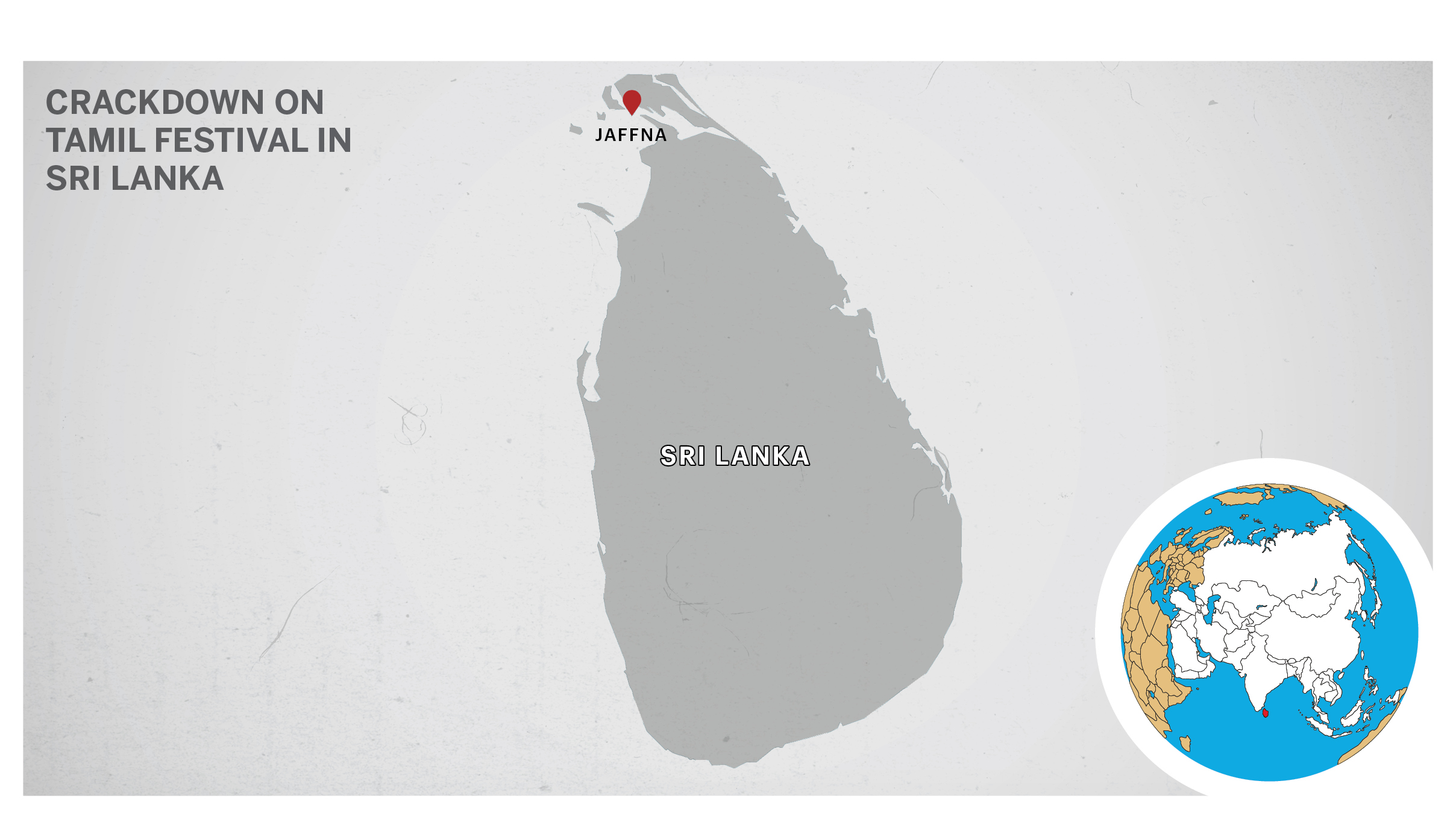 “Attempts to honor LTTE cadres will not be permitted and doing so will result in legal actions under the Coronavirus Act,” said Silva, who also heads the Covid-19 task force in Sri Lanka. “Relatives of ordinary people who lost their lives in the war have a right to remember them, but this can be done in their homes.”

The court orders restricted commemoration activities between Nov. 21 and 27.

The army and police continued to put a halt to all public gatherings on Nov. 29, including a Karthikai Deepam celebration by students on the campus of Jaffna University, about 220 miles north of the capital of Colombo. Students had been asked to celebrate and light lamps only in their rooms. Dharsikan, a final-year student, was arrested when he lit a lamp at a temple near the campus.

After the arrest, Jaffna Municipal Council member V. Mannivanan and senior attorney V. Thirukumaran went to the Kopay police station, on the outskirts of Jaffna, where the student was being held. They argued that lighting lamps during a religious festival is a right of Hindus.

Angajan Ramanathan, a member of parliament from Sri Lanka Freedom Party, which is aligned with the ruling party, contacted the police as well.

“When I spoke to senior DIG of Police of the Northern Province, he did not know that today was the Karthikai Deepam of Hindus, and arrest of Jaffna University student was a pure misunderstanding and ordered the release immediately,” tweeted Ramanathan.

Selvaratnam Santhirasekaran, a political analyst, said the violation of the rights of Tamils is a major concern.

“This is happening year after year, and frankly, the government does not have a proper plan to answer the questions of the Tamil people,” he said. “This is despite the war ending 10 years ago.

The interference with the religious festival and crackdowns on so-called dissidents is not new. In 2012, “security forces broke up a lamp lighting ceremony at the women’s hostel at Jaffna University, reportedly breaking lamps, threatening students and pointing weapons at them,” according to a 2013 Amnesty International report. Dozens of students were reportedly beaten or arrested.

Some in the country think that the onus is on Hindus to initiate a way of avoiding police action.

“If this happens every year, then why don’t they consult the police in advance and notify them that the festival dates are close to the Tamil Heroes Day?” said Dharshan Weraduwage, a Supreme Court attorney. “If they are such devoted Hindus who want to celebrate it, then there are ways to settle this matter.”

Media and Information Minister Keheliya Rambukwella told Zenger News that the matter would not have escalated if the people who wanted to celebrate the festival had informed the police in advance.

“I don’t think there should be any reasons for them to light lamps unless there is a festival,” said Rambukwella.

Santhirasekaran said that no new policies have been introduced with regard to Tamils.

“It doesn’t matter even if the government changes,” he said. “The same policies are recycled and implemented, so there is nothing that one can expect from the government when it comes to the issues of the Tamils.”

Weraduwage said it was difficult to determine what the Jaffna University students were celebrating.

“The police will not make an arrest unless there is reasonable evidence,” he said.

Jaffna University was at the center of Tamil nationalism. The city was also a stronghold of the LTTE and is the birth place of Prabhakaran.

The LTTE, which assassinated Sri Lankan president Ranasinghe Premadasa and Indian Prime Minister Rajiv Gandhi, has been banned by 30 countries, including the United States, Canada, India and the EU member nations.

“Persistent impunity for past violations of international law in Sri Lanka, including alleged war crimes and crimes against humanity, combined with growing authoritarianism is fueling new violations of human rights — in particular, violations of the rights to freedom of expression and association for those raising concerns about past and present human rights violations, the need for accountability and an end to impunity,” Amnesty states in its “Justice in Sri Lanka” campaign.