Even with 6 million more votes, Joe Biden could have easily lost to Donald Trump thanks to the Electoral College.
By Virginia Van Zandt December 3, 2020
Facebook
Twitter
Linkedin
Email 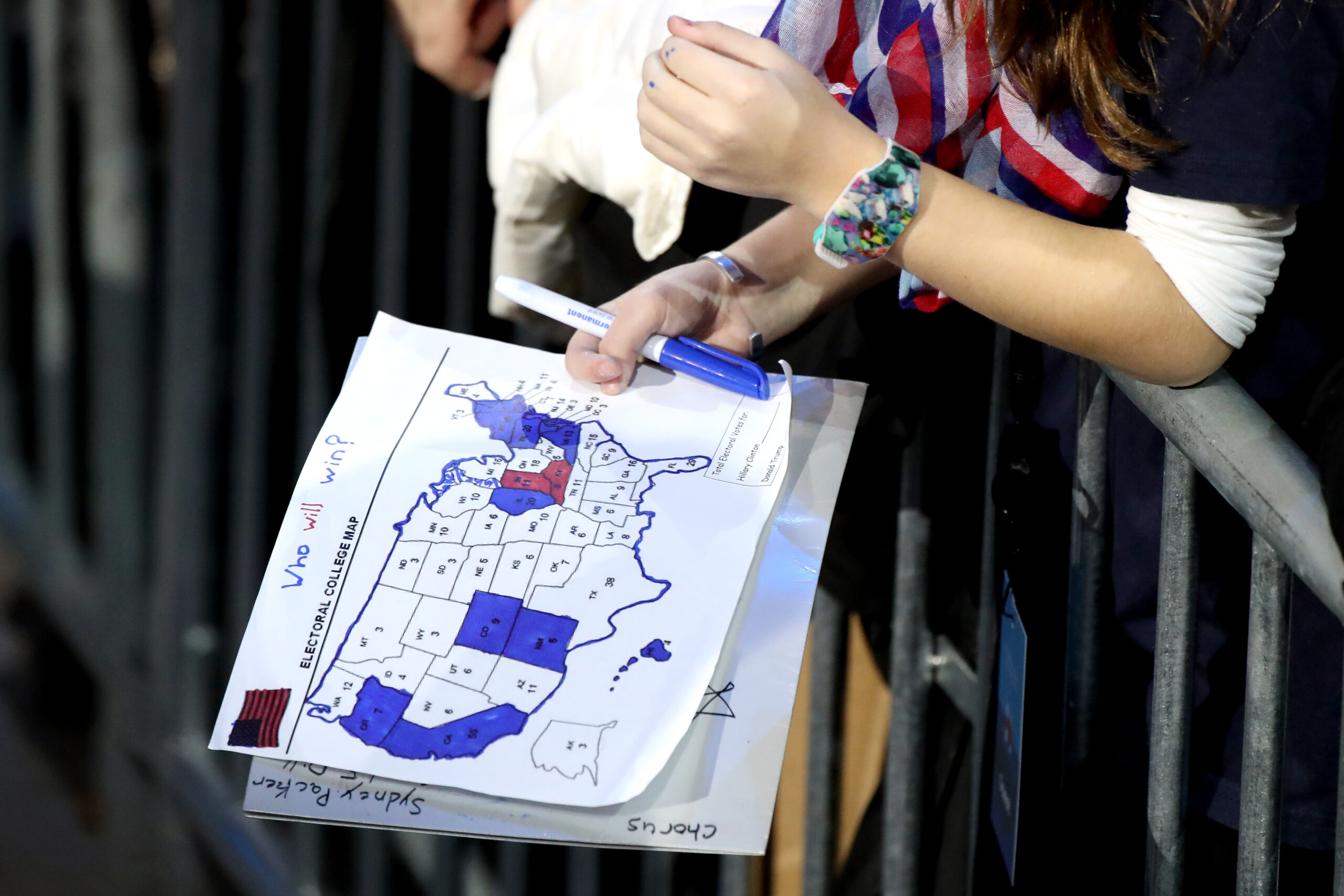 Joe Biden outpolled Donald Trump in the 2020 presidential election by what seems like an overwhelming margin—at least 6 million votes nationwide. Yet thanks to the United States’ peculiar Electoral College system, only about 150,000 of those votes across five key swing states will have actually made the difference between Biden winning or losing.

Critics of the Electoral College system say that the election should never have been this close, given how many more total votes Biden earned, and think a popular vote system would be a fairer method of determining the presidency. That’s why some Electoral College opponents are working on an interstate compact that proposes to dramatically alter the way US elections work as soon as 2024.

The Electoral College was created by the Founding Fathers as part of a compromise between having Congress vote for president and having the popular vote determine the outcome of the election. Every state is granted a certain number of electoral votes based on its representation in Congress and is given a choice of how to award those votes. A candidate must win an absolute majority of electoral votes, which is currently 270 out of 538, in order to win. The electors, sent by the states, will meet to cast their votes on Dec. 14.

Every state other than Maine and Nebraska follows a winner-take-all method, where the popular vote winner of a state receives all of that state’s electoral votes. At the time the 12th Amendment, which established the electoral system we use today, was ratified in 1804,  about 5.3 million people in mostly rural areas lived across 17 American states.

Supporters of the Electoral College say the system enables the states to fulfill their constitutional role in electing the president. The system offers a clear path to determine the next president in case a candidate wins the popular vote without winning an absolute majority, which has happened 19 times since the popular vote was first recorded in 1824. Supporters also say that the Electoral College encourages candidates to campaign in a variety of states that might otherwise be ignored in favor of a few dense urban areas.

“The Electoral College system is not perfect, but all election systems have imperfections,” Michael Federici, Chair of the Department of Political Science at Middle Tennessee University, told Zenger News. “Moving to a popular vote system would help to unravel our two-party system and encourage radical political parties. The Electoral College system encourages candidates to moderate their politics and appeal to a broad range of groups and interests across the nation.”

However, critics of the Electoral College say that this system is unfair because it gives residents of small, rural states more power per vote than the residents of more densely populated—and more racially diverse—states. They argue that, instead of encouraging candidates to diversify their campaign stops, the Electoral College forces candidates to focus exclusively on a very narrow group of swing states that don’t reliably vote either Democratic or Republican.

“In 2016, 94% of campaign events were held in 12 states. The system allows two or three states to determine who is going to be elected president,” said Barry Fadem, President of the National Popular Vote Interstate Compact.

The National Popular Vote Interstate Compact, Fadem explained, is a plan to guarantee that the winner of the popular vote will win the presidency—without the onerous process of passing a constitutional amendment. The compact, which has been in progress since 2005, has gotten 15 states and the District of Columbia to enact the National Popular Vote bill, which requires the state to award its electoral votes to the candidate who won the national popular vote. The states that have joined the compact have a total of 196 electoral votes, and the organization’s work will be complete when enough states join to get to 270.

Although it is unclear when the proposal will reach enough states to change the future of how presidential campaigns are run, the idea of abolishing the Electoral College has gained significant political momentum in recent years.

The outcomes of the 2000 and 2016 elections, in which Democratic presidential candidates Al Gore and Hillary Clinton won the popular vote but failed to secure the presidency, prompted an increase in Democratic support for using the popular vote to determine the president-elect. Previous presidential candidates and current Senators Cory Booker, Elizabeth Warren, and Bernie Sanders are among a group of prominent politicians who have come out in favor of eliminating the Electoral College.

A Gallup poll from September 2020 showed that 61% of Americans were in favor of abolishing the Electoral College and instead using the popular vote to elect the president. Broken down by political party, a popular vote system is favored by 89% of Democrats, 68% of Independents, and 23% of Republicans. Polls prior to 2000 showed more bipartisan support for abolishing the Electoral College.

“We are very optimistic that the presidential election in 2024 will be decided by the national popular vote. There’s not a part of this country that would not be exposed to a presidential campaign,” Fadem said.

Even if the Electoral College is not abolished by 2024, it will likely still be the subject of vigorous debate.