What is the Animal Representing Each Latin American Country?

From the hummingbird to the blue whale, Latin Americans chose animals to represent their identity
By Vanessa Sam December 2, 2020
Facebook
Twitter
Linkedin
Email 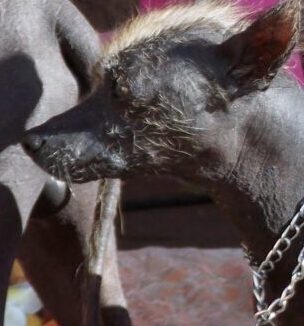 The Xoloitzcuintle (or Xolo for short) is a hairless breed of dog, found in toy, miniature and standard sizes. (gérard/Flickr)

Animals can reflect the temperament of a person or community. They are respected and revered. Often, people tattoo their images as symbols of strength, ferocity, freedom, prowess, bravery, and cleverness. Canada’s official animal is the American beaver, while the United States’ is the bald eagle.

In some religions, particular animals are considered sacred and off limits. For example, in India, where cows are holy creatures representing food and life, and people are prohibited from killing them.

From the smallest hummingbird to the blue whale, Latin American countries have emblematic animals as well.

North America: Mexico and the Xoloitzcuintle

When the Aztec people died, they believed they would go to Mictlán, their underworld. An ancestral animal, the hairless Xoloitzcuintle accompanied their owners through this path. Its name comes from the Aztec word xolotl, which means strange, deformed, slave, jester, and itzcuintli, meaning dog.

The Xoloitzcuintle almost became extinct during the Spanish colonization. The Jesuit missionary Francisco Xavier Clavijero attributed this fact to the conquistadores feeding on the dogs. Spaniards also sought to banish Aztec religious beliefs, including those involving the Xoloitzcuintle. During the colonial period, the dogs took refuge in the Oaxaca and Guerrero mountains.

Artists Rufino Tamayo, Diego Rivera, and Frida Kahlo included Xoloitzcuintles in their paintings as if they wanted to highlight a trait of identity that the Europeans wanted to stamp out.

Guatemalans declared the quetzal their national bird in 1871, celebrating its day on September 5. The veneration of quetzals dates back to pre-Hispanic times when Mesoamerican civilizations worshiped it as the Feathered Serpent, their god of air, and what they believed to be an entity of enormous goodness and beauty.

El Salvador’s iconic animal is the Torogoz, which cannot live in captivity. Since male and female Torogoz take care of their young together, Salvadorans consider this bird a symbol of family unity. Given this feature, Salvadorans think this animal exemplifies the warmth that distinguishes Latino families.

The Baird’s Tapir is Belize’s national animal. Panamanians consider the harpy eagle theirs, while Costa Ricans embrace the clay-colored thrush. Nicaraguans identify themselves with a turquoise-browed motmot that they name guardabarranco (literally, the cliffs’ guardian.) Hondurans relate with the deer, regarded as an animal that brings good fortune, virtue, and excellence.

Antillean people love birds. They relate birds’ flight to freedom and consider them symbols of wisdom, as these animals carry people’s messages worldwide. They can even cross borders and travel between the material and the spiritual worlds.

Jamaicans admire the hummingbird for its wings that flap back and forth between the past and the present.

The red flamingo is the Bahamas’ national animal, despite not being endemic to this land. Airplanes frequently flying over them during World War II forced these animals out of their land.

Cuba’s national bird is the tocororo or trogon, while the Dominican Republic is the palmchat. Barbados’s pelican represents strength and charity. In Christian iconography, it symbolizes Jesus of Nazareth. Granada recognizes the mountain pigeon, and Trinidad and Tobago, the scarlet ibis.

Saint Vincent and Saint Lucia’s official animal is the Amazon bird, and Dominica’s is the Sisserou parrot, also known as Imperial Amazon.

Mammals are rarely national animals in this part of Latin America. However, Puerto Rico’s iconic animal is the manatee. Inhabitants of Antigua and Barbuda consider the bluefin whale their traditional animal, and Saint Kitts and Nevis’s people identify with a monkey, the green cercopetico.

While crossing the sky, spreading their wings, and feeling comfortable in their independence, birds are a source of inspiration for South American people. Many countries pick them as national animals. Argentina has the hornero, Uruguay the southern lapwing, and Paraguay the bellbird. Their colors and sizes make these birds striking.

Bolivia, Colombia, and Ecuador picked the Andean condor as their symbol, while Surinam chose the great kiskadee, whose name in Spanish makes a pun with “I see you well.” Guyana opted for the hoatzin and Brazil for the song thrush.

Other Latin American countries consider mammals their national animals. Venezuelans are fond of the spectacled bear, an endangered species. Also called “frontino,” this bear is the only surviving member of the Tremarctinae subfamily.

Chileans identify themselves with the South Andean deer and Peruvians with the Vicuña, the smallest South American camelid. Llamas, guanacos, and alpacas are other camelids essential to the Andean culture.

Each animal speaks about its nation. So, this brief review could serve as an approach to Latin American countries. It can also help realize the importance of these animals to their environments and the dedication with which Latin Americans preserve and honor them.