First responders jump into freezing water to save a life. 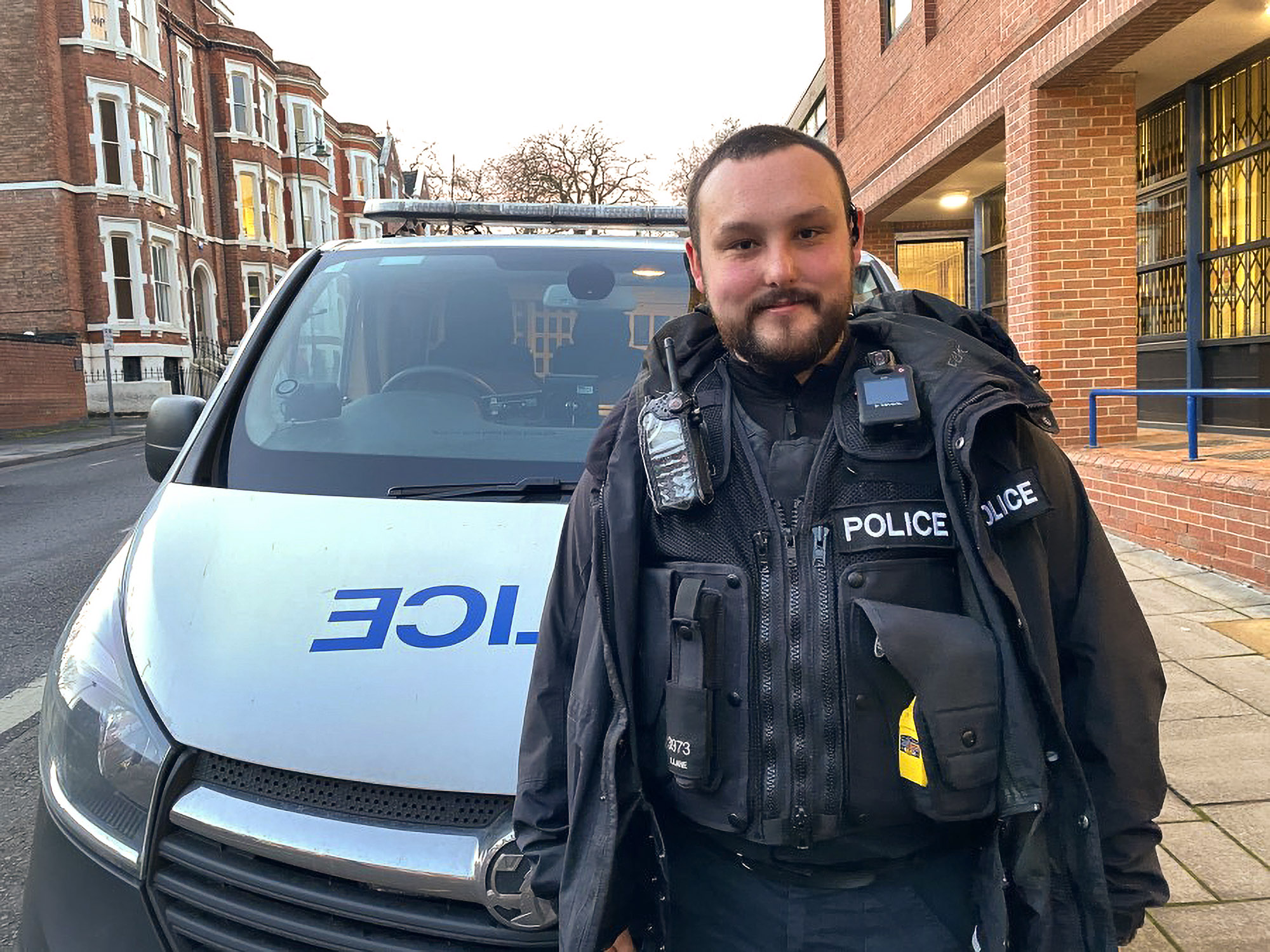 Police Constable Lee Lane, one of the first officers who responded to calls reporting that a woman had fallen into the canal. (Nottinghamshire Police/Newsflash)

NOTTINGHAMSHIRE, England — A police officer and a paramedic rescued a woman who fell into the freezing Nottingham Canal, lost consciousness and slipped under the water.

The dramatic incident took place in Nottinghamshire, England, shortly after 8 a.m. on Nov. 21.

Body-camera footage shows Nottinghamshire Police officer Lee Lane and an unnamed East Midlands Ambulance Service paramedic rushing to save the woman, who was struggling to keep her head above the murky water.

The two jump into the canal, pull her out and then provide medical assistance.

“As I was running toward her with the paramedic, I took my taser vest and stab vest off before we both jumped in the water,” officer Lane said in his report. “I was just thinking we had to get to her before she died. The water was freezing cold, and I didn’t realize how deep it was, with the water coming up to my shoulder.

“My colleagues were able to provide first aid and clear the water from her lungs as she regained consciousness. We then covered her with a blanket to keep her warm until the ambulance arrived.”

The EMAS paramedic said he and the police officer had no choice but to go into the canal.

“Myself and the police officer realized she would not resurface and both of us knew then we had to jump in to rescue her. Despite how cold the water would have felt, I didn’t feel it at the time because my ultimate goal was to save this woman, so the adrenaline had kicked in,” he added in the report.

After the incident, the woman, whose identity was not disclosed, was taken to the Queen’s Medical Centre for treatment and later discharged.

Officer Lane and the EMAS paramedic have been recommended for a Nottinghamshire Police Award in recognition of their brave actions.

“The two conducted themselves in a truly inspirational way, showing real courage and determination, and working together to rescue the woman from the canal,” stated Inspector John Lees of the Nottinghamshire Police. “They demonstrated superb teamwork under pressure and immense commitment to protect life.”

The Nottingham Canal towpath has been the scene of similar accidents.

In November 2018, a man checking his phone slipped on leaves and fell into the canal. He was rescued by passers-by.  A few months earlier, a baby carriage rolled into the canal and a biker jumped in to help the grandfather, who was struggling to lift the carriage off the baby.