Mystery Monolith Reappears Next to Prehistoric Fortress in Romania 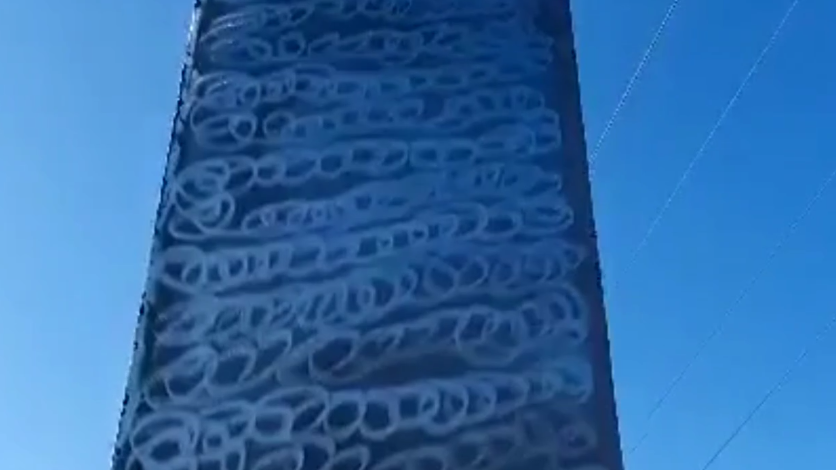 A strange structure was spotted in Utah by a helicopter pilot in November. The structure mysteriously disappeared. A similar object has appeared in Romania. (RealPress)

PIATRA NEAMT, Romania — A metal monolith identical to one found and then disappeared in the Utah desert has resurfaced, this time on a Romanian hillside.

Helicopter pilot Bret Hutchings first spotted the structure on Nov. 18 in Utah’s Red Rock region. The appearance/disappearance of the object was confirmed by that state’s Department of Public Safety.

Now, what appears to be the same silver monolith has been spotted some 6,000 miles away, on Batca Doamnei Hill in the city of Piatra Neamt, Romania.

The mysterious structure was found several feet from the archeological landmark the Petrodava Dacian Fortress, which represents the oldest historical monument in Piatra Neam&tcedil. It is believed to have been destroyed by the Romans in the 2nd century A.D., but the remains form part of the city wall.

The shiny oblong object is about 13 feet tall and one side faces Mount Ceahlau, known locally as the Holy Mountain. It is listed as one of the seven natural wonders of the country and houses more than 1,100 flower species.

“We have started looking into the strange appearance of the monolith. It is on private property, but we still don’t know who the monolith’s owner is yet. It is in a protected area on an archeological site,” said Neamt Culture and Heritage official Rocsana Josanu.

“Before installing something there, they needed permission from our institution, one that must then be approved by the Ministry of Culture,” she said.

The Romanian investigation into the mystery slab is ongoing.

Since the monolith was spotted in Utah, it has provoked comparisons to similar structures in director Stanley Kubrick’s movie “2001: A Space Odyssey,” based on Arthur C. Clarke‘s novels. (Clarke also co-wrote the screenplay.) In that tale, monoliths were placed on Earth and on the moon by extraterrestrials to kick-start mankind’s evolution.

It’s widely believed the present-day structure is the work of the late sculptor John McCracken, known for his plinth-like reflective pieces. The David Zwirner gallery, which represents his estate, suggested in a tweet the Utah monolith was an earthbound McCracken. “The portal to Utah is at David Zwirner 20th Street,” the gallery tweeted.