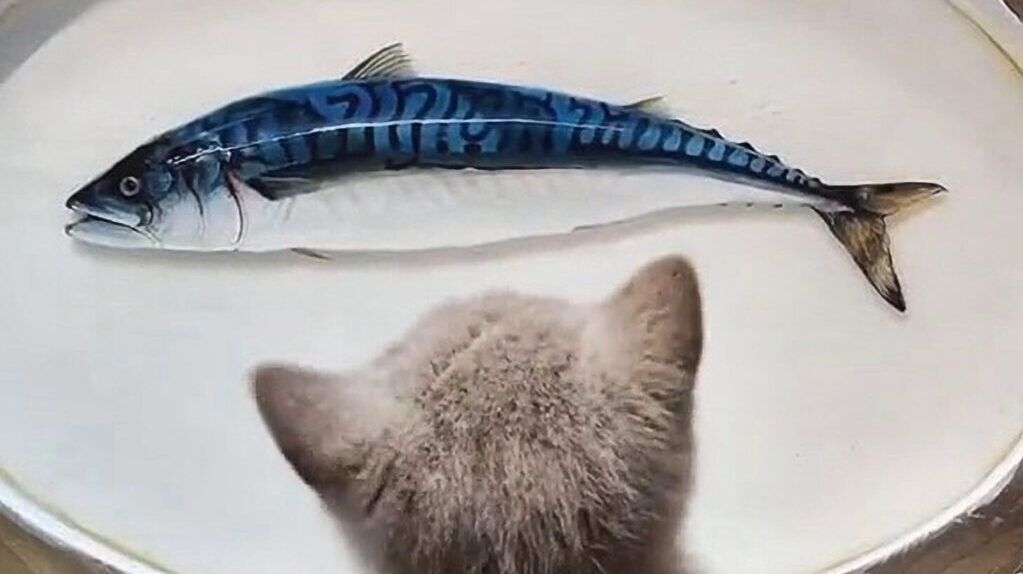 The creations of Ling Xun, a Chinese painter, are so realistic that his cat tries to catch them. (Douyin: Yueranzs/Newsflash)

DALI, China — A Chinese artist has created such incredibly realistic 3D paintings of fish that his cat constantly licks them and or tries to catch them, thinking they are real.

Ling Xun, who lives in the city of Dali in China’s Yunnan Province, has been perfecting his resin-painting skills for eight years.

His technique involves painting one part of the object on a layer of resin, or solid transparent glue, then pouring another layer of resin and waiting for it to solidify before painting the top part.

The process is repeated until a 3-D painting is completed, and the object appears to come to life. Because he has to wait for each layer to dry, he can only complete one such coating a day.

The longest it took him to complete a work of art was a year. He painted hundreds of small fish and plants in a wood bowl, 20 inches wide. The smallest work he mastered was painting on the shell of a walnut.

Most of Ling’s creations depict marine life. He does sell his works, and the most he’s gotten for one so far is several hundred dollars.  But that fee may rise, given all the attention his work has been receiving online.

«Previous Post
Mystery Monolith Reappears Next to Prehistoric Fortress in Romania»Next Post
What is the Animal Representing Each Latin American Country?