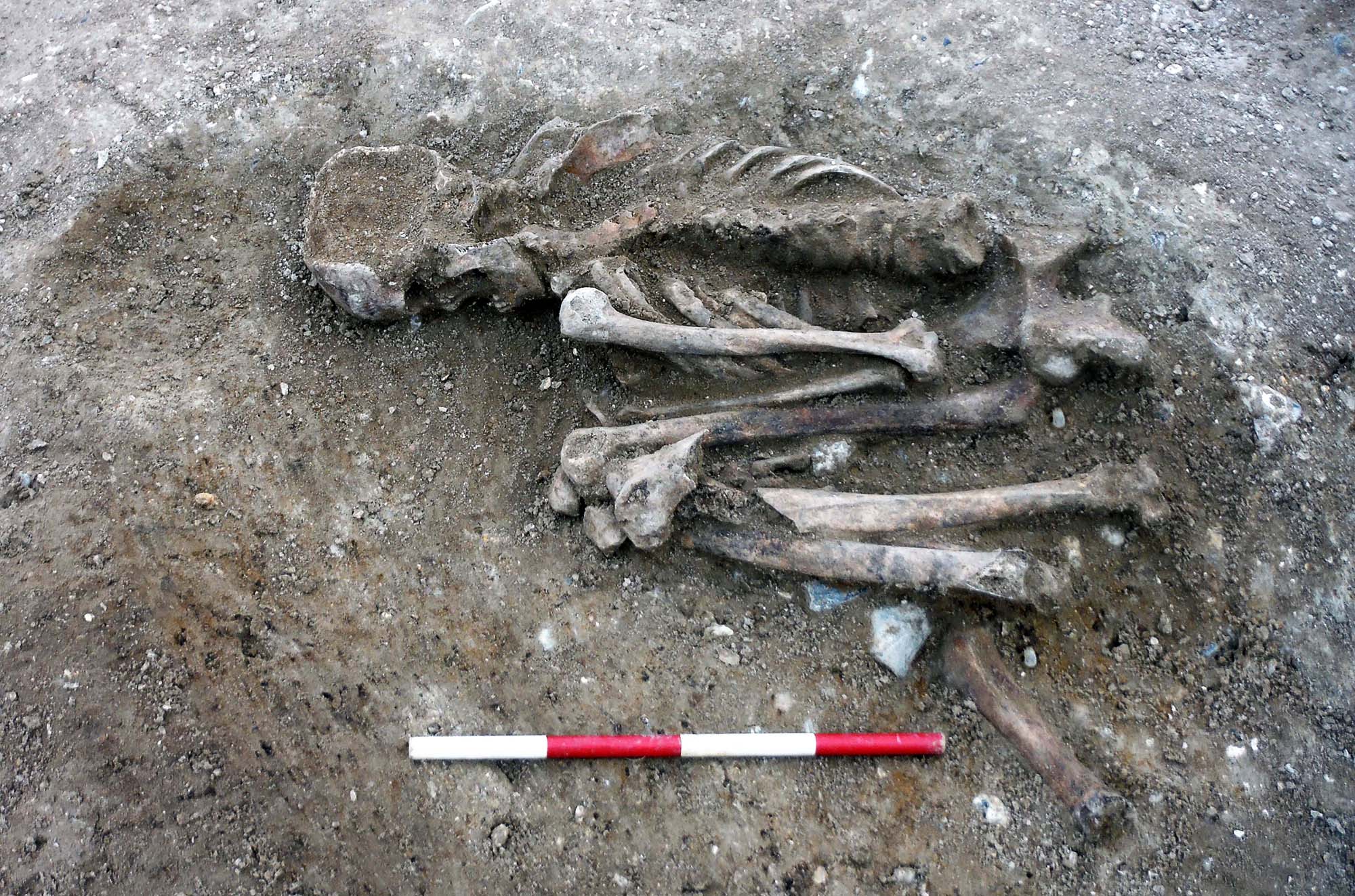 A team from Albion Archeology discovered two human graves along with signs that timber structures to store grain had been erected in the area, said David Ingham, Albion’s project manager for the site.

An initial review of the skeletons by the team’s osteological expert shows a man, probably in his 40s or 50s when he died. “The lower part of his spine was fused, which would have accounted for his bad back. It may have been the result of a chronic illness combined with an injury,” he said.

The second corpse is believed to be a woman in her 60s, missing most of her teeth with evidence of arthritis in one of her shoulders.

Also discovered near with bodies was pottery, along with animal and plant remains.

Part of the site also appears to have been used later, as evidence of Roman ditches found, along with Anglo-Saxon activity concentrated around several pits on the western end of the 14-acre site, with remains dating back to the end of prehistory and the beginning of the Bronze Age.

“The identified remains may have formed part of a much wider landscape in which people and animals moved from pasture to pasture over relatively large distances,” said Ingham.

The Soham site is scheduled to become home to about 150 new residences. However, the developer involved has put the construction on hold until March, so archeologists can finish their work.

“When construction crews start excavating for a highway or other structure, they can run across all kinds of things, like the remnants of an old foundation or cellar, a buried pile of junk, or even human remains. Yes, it’s not just the stuff of Hollywood horror movies.

“Construction crews often find themselves digging up significant pieces — and people — of the past, and those discoveries could sideline a project for a day or shut it down permanently,” a site specializing in construction-related news and trends noted.