What Boeing Has To Do To Woo Back Terrified Consumers

Companies must be willing to bear pain when they cause it. 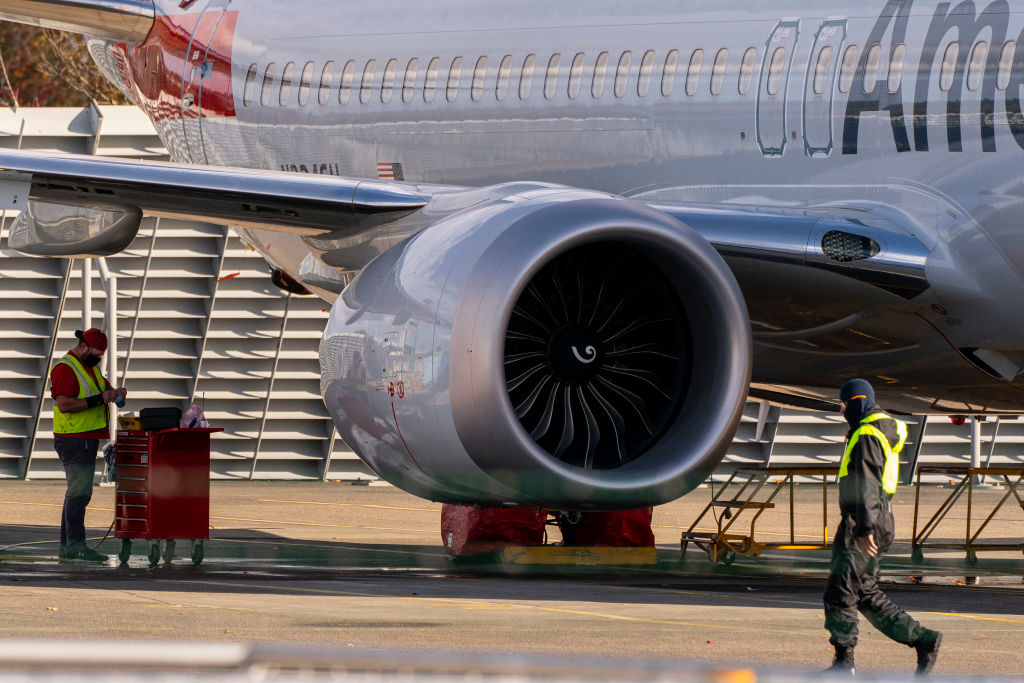 Boeing personnel work near a Boeing 737 Max airplane as it sits parked at the companys Renton production facility on November 13, 2020 in Renton, Washington. Boeing has announced new cancellations of orders of the plane as it readies for approval to fly it again. (Photo by David Ryder/Getty Images)

Two years after a pair of deadly crashes, the Federal Aviation Administration has finally cleared the Boeing 737 MAX for a return to the skies.

That’s good news for Boeing’s business, but it’s unclear who will want the plane: Airlines already face tough times in a pandemic environment, and consumers may be scared of the MAX. Now Boeing has to find ways to regain trust in difficult circumstances.

The 737 line had become the most popular commercial aircraft line for Boeing. That whole commercial category has been a critical one for the company, representing in 2018—its last “normal” year—60% of revenue, 66% of total earnings from operations, and three-quarters of net earnings.

The popularity of the narrow-body 737 had propelled Boeing’s commercial sales and kept it in strong competition with rival Airbus—until the crashes in late 2018 and early 2019. With the FAA and other global regulators grounding the MAX jets, 737 orders dropped precipitously.

Shipments also fell, and Airbus came out on top. With Covid-19 slashing airline traffic, the disparity only increased.

The pandemic was a significant issue affecting the steep drop in deliveries, but not the only one. The 737 MAX was grounded. Boeing and the FAA went back and forth over the issue as more about the design and execution of the MAX came to light.

“It’s always a problem for companies when they have a major product failure, and there’s nothing more major than causing people to die,” said Jeffrey Inman, professor of marketing and of business administration at the Joseph M. Katz Graduate School of Business at the University of Pittsburgh and editor-in-chief of the Journal of Consumer Research. “The airlines are caught up in it too. They were on the hook for billions of dollars of planes. I think the airlines are doing the right thing by offering passengers the option to rebook on other aircraft with no charge.”

Boeing isn’t the first corporation to alienate the public. Chipotle had an E. coli breakout in 2015, BP lost trust with its 2010 Gulf of Mexico oil spill, Sony had major cyber hacking issues with the PlayStation Network in 2011, and with the release of personal records and embarrassing emails in 2013. All are examples of massive mistakes and the worst kind of consumer reaction.

The first step toward regaining a marketing foothold is usually crisis communications. “The typical playbook is get out in front of [the problem], express sympathy for the victims and promise to make the needed changes,” Inman said. “The principles are sound, I think. But you have to apply them in a conscientious way and not just go through the motions.”

“It’s a playbook, but only if you play by the rules and take the steps seriously,” said Steven D. Cohen, an associate professor of business communication at the Johns Hopkins Carey Business School. “I don’t think crisis communication is broken. I think companies are giving lip service.”

Companies must be willing to bear pain when they cause it. Ella Rauen-Prestes, CEO of U.K.-based Fitbakes, which makes low-fat, high-protein snacks distributed through grocery and department store chains, faced upset customers during the summer.

Record-breaking temperatures in the U.K. caused heat in customer warehouses to sharply rise. “Everything started to melt,” Rauen-Prestes said. “It was a bit of a nightmare.” Stores returned goods or charged the company for disposal. Consumers complained on social media.

Fitbakes did a recall and also offered replacement shipments for customers who purchased directly. “We literally took it on the chin,” Rauen-Prestes remembered. “The good thing was the response of those people was fantastic.”

Fitbakes used transparency and authenticity in their actions and communications, although it may still have lost some consumers. “A customer who buys it and has to return it probably won’t buy it again,” Rauen-Prestes said.

Boeing has a far larger hurdle to clear: getting people to accept that an aircraft is safe.

“Accountability is really important from Boeing’s side,” said Alina Gavrushenko, director of marketing and public relations for on-demand air charter company Monarch Air. “It’s important to understand that the company grew from this experience and has rectified any situation or issues that could result from those risks. They need to be able to show that it’s a safe aircraft to fly.”

In addition to increasing spending on R&D and safety, Boeing executives have to “put their money where their mouth is” to show the public how important the issue is to them, Cohen said.

One thing Boeing could do is arrange a series of visits, bringing the plane to different cities and offering public tours, explaining what is different. And show company executives spending significant amounts of time on the 737 MAX themselves.

“If they’re willing to ride their own airplane, that would signal they consider it safe enough to put their own lives on the line,” said Cohen.

And “make damned sure the problem really is fixed,” say Inman. “If something else fails, people will attribute it to the failure to fix the problem.”