Liverpool forward Mo Salah was spotted at an Egyptian hotel during a wedding celebration. 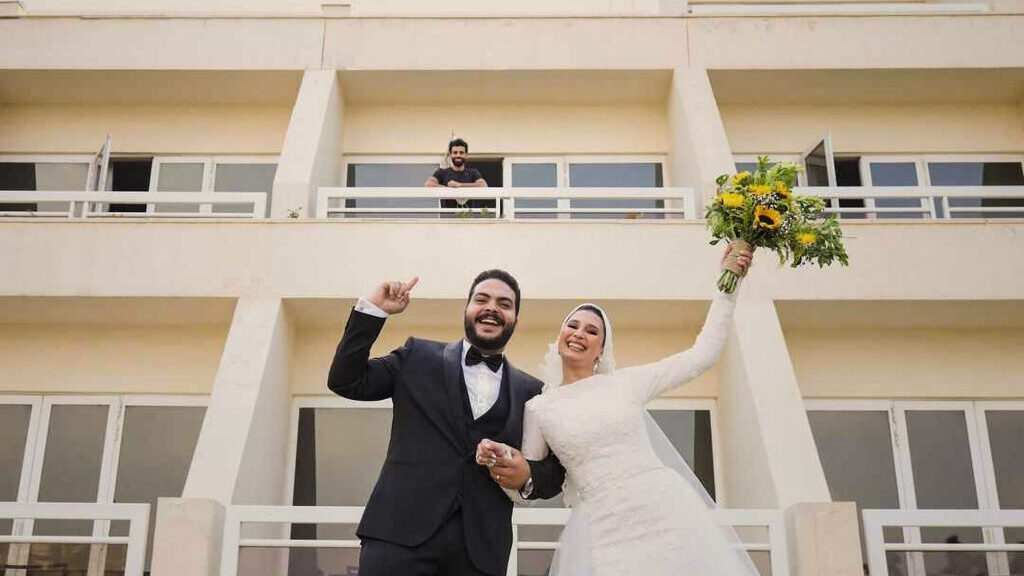 The first appearance of Mohamed Salah after the infection, standing on a balcony of a hotel room near Cairo International Airport, while a couple is making wedding photographs. (@mousa.photography/Newsflash)

In between those tests, he showed up in the background of a photo shoot involving an unidentified bride and groom.

The Egyptian forward was shot standing on a second-floor balcony at the JW Marriott Hotel Cairo.

The Egyptian Football Association tweeted his status Nov. 13, the night before the game against Togo. Salah was to join Egypt’s national football (soccer) team, the Pharaohs.

“I saw the Egyptian football team’s bus in front of the hotel, and I knew the team was inside, but I didn’t expect to see Salah there because of his situation. We started the photo shoot, and then the groom noticed a curly-haired man standing on his room’s balcony,” said photographer Mahmoud Mousa.

The groom shouted Salah’s name, and the soccer star congratulated the couple.

“After that, they asked to take photos with him — at a safe distance in the background — and he immediately agreed,” said Mousa, who grabbed a selfie with Salah.

Earlier in the week, the Liverpool star drew criticism for attending his brother’s wedding in Cairo before joining his Egyptian teammates. He was photographed without a face mask or respecting social-distancing measures, as well as dancing alongside guests.