Drought-prone cities have a history of flooding in rains 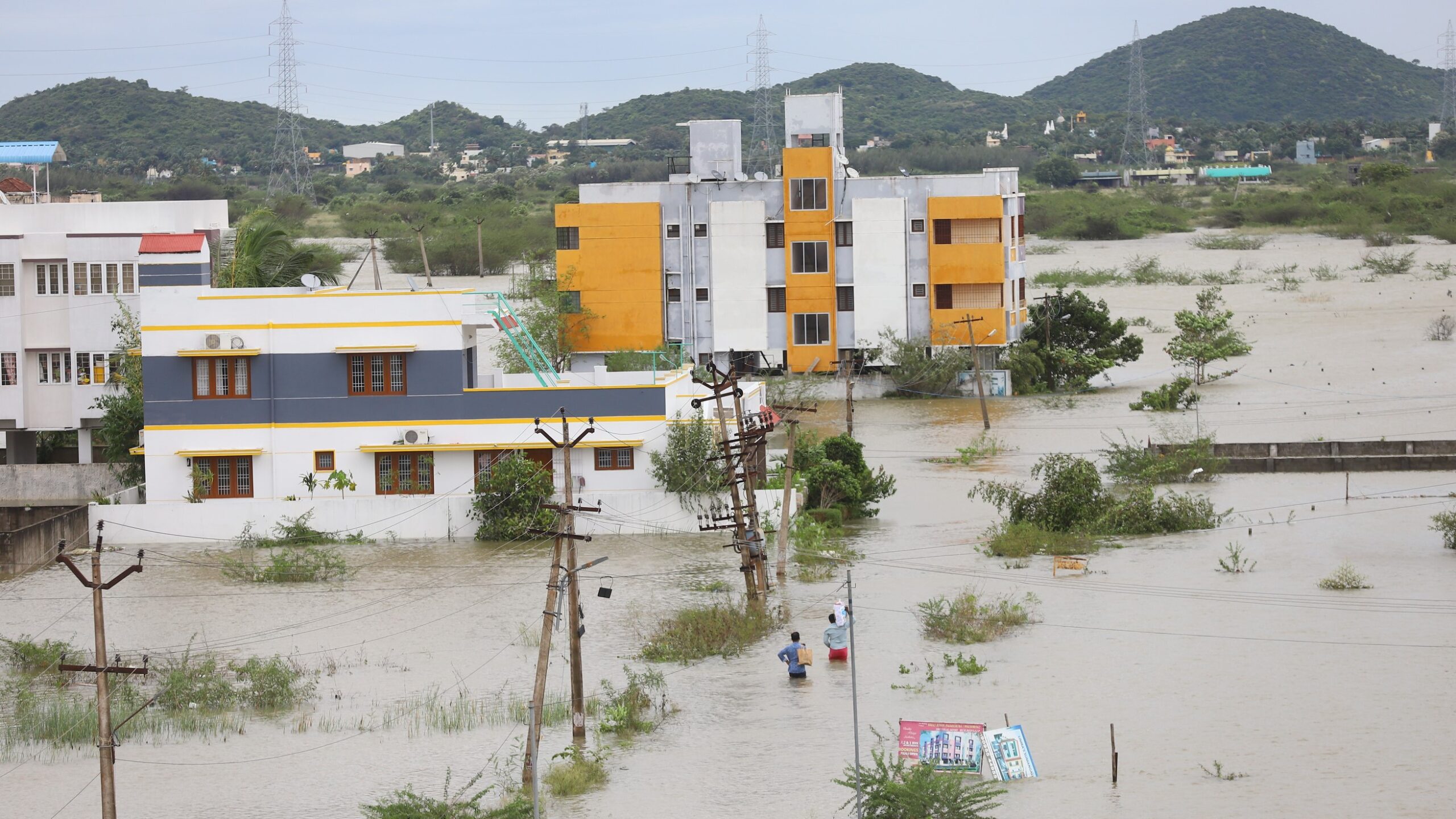 Picture of a locality in Tamil Nadu completely submerged after heavy rains due to cyclone Nivar Courtesy: V Naresh Kumar

Tamil Nadu — Just as cities on the eastern coast of India were trying to get back to normalcy after being hit by the cyclone Nivar on Nov. 26, the Indian Meteorological Department (IMD) had issued a bulletin stating that a fresh low pressure was building on the Bay of Bengal.

This led to heavy rainfall in Tamil Nadu, Puducherry and Karaikal, located in the southern peninsula of India.

Cyclone Nivar hit the eastern coast leaving India’s auto-hub Chennai and other cities flooded. For the first time since the 2015 floods, government agencies opened up the Chembarambakkam lake and reservoir in the state’s capital, which is one of the major sources of water for the city and its nearby districts.

It can be considered ironic for a city that ran out of water a few years back to get flooded whenever there are rains. In 2015, heavy rainfall flooded the city’s low-lying areas bringing the city to a stand-still.

“Areas of drought getting flooded is becoming the new norm these days”, says Richard Mahapatra from the Centre for Science and Environment. “The drainage system is just not proper in Chennai. Even without heavy rainfall, in such cases, cities are going to get flooded during monsoon.”

Regular life was thrown out of gear as people moved to rescue camps with their belongings. Schools, shops, vegetable markets were shut, counseling for admission to medical colleges was put on hold, among other things.

However, not many casualties were reported as the government was prepared after the Indian Meteorological Department’s warning about the landfall of the cyclone.

“Perhaps, the government authorities in the state of Tamil Nadu learnt from the floods in 2015 and were prepared to tackle flooding,” Mahapatra said.

Cyclone Nivar moved towards the north-west to hit the south-western state of Karnataka.