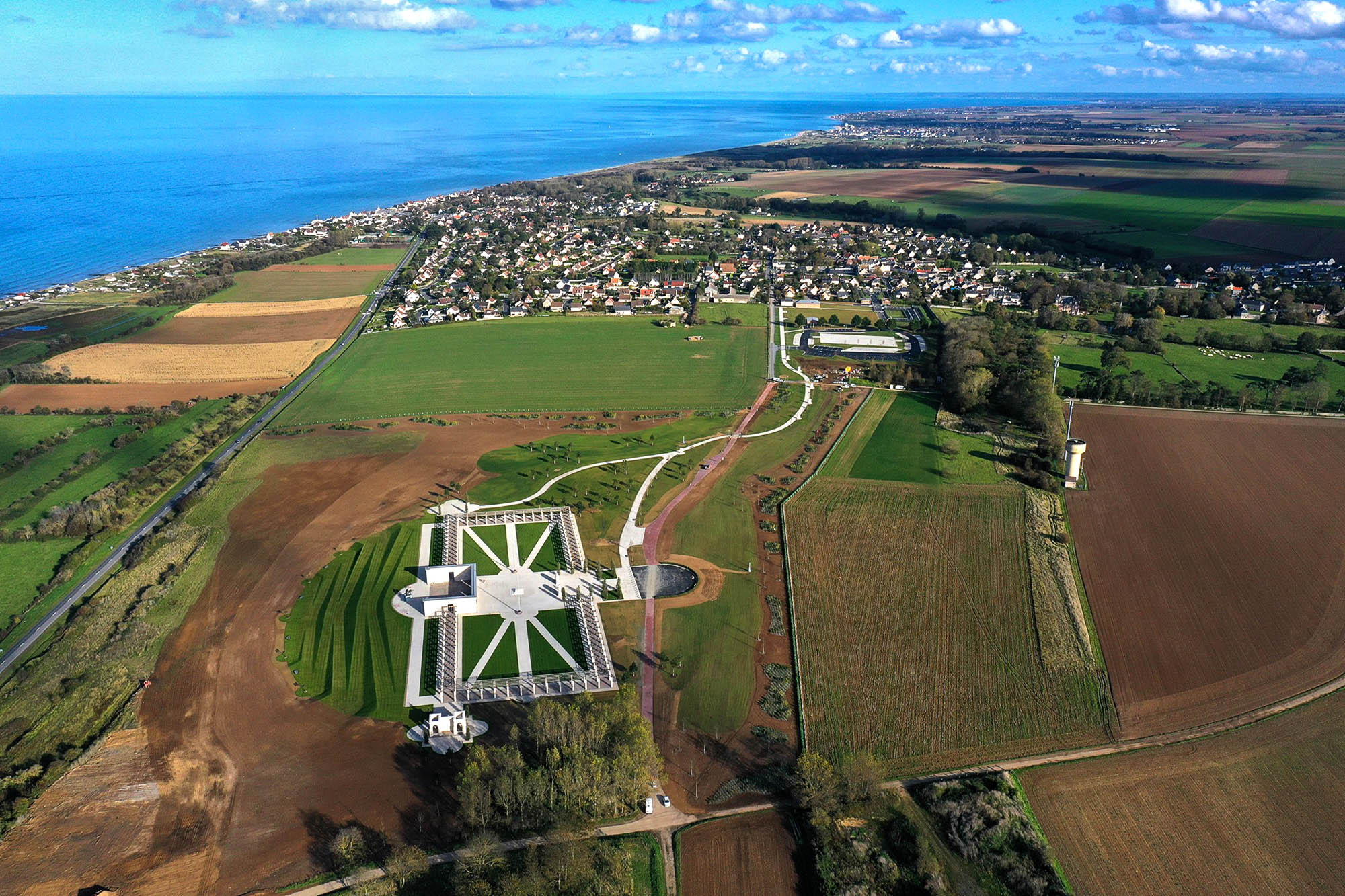 NORMANDY, France –A photo-taking drone has provided a striking aerial view of a Union Jack-shaped World War II memorial being built in Normandy, France, in commemoration of the landing of British soldiers there on D-Day.

The memorial, in the commune of Ver-sur-Mer, in the Calvados department in the Normandy region of northwest France, is due to open to the public on Easter of next year. It’s been under construction since mid-2019.

Zenger News spoke to aerial photographer Francois Monier, who took the photographs of the structure, who said he was delighted with the memorial, which he said looks absolutely stunning, and that the building site is a “beautiful spot.”

What happened there in the summer of 1944 was anything but beautiful.

The new memorial is being built by the Normandy Memorial Trust adjacent to Gold Beach, the epicenter of where troops under British command landed on D-Day to fight the Nazis and liberate France.

The Gold Beach troops landed early in the morning of the invasion. Their mission: to secure the beachhead and move west to meet up with the American forces that had landed at Omaha Beach. Their goal was also to meet up with Canadian forces to the east on Juno Beach.

The cost in human lives was very high, as the Germans had built significant fortifications along the coast of Normandy in October 1943 under the supervision of Field Gen. Erwin Rommel.

On D-Day itself, Allied battleships began bombarding the coast at 5:30 a.m. Then, the troops began landing at 7:25 a.m.

Britain’s Sgt. Major Stanley Hollis was famously the only soldier to receive the country’s Victoria Cross for his heroic actions on D-Day. Legend has it that he single-handedly stormed two bunkers called the Mont Fleury battery, and when he ran out of grenades, he threw some bunched-up socks into the second bunker, causing the enemy soldiers inside to flee in fear. He then went around the back and took more than 30 prisoners.

The memorial is located next to a farmer’s field where those heroic deeds took place.

On D-Day’s 75th anniversary in 2019, the foundation stone was laid, and a bronze sculpture of three soldiers created by David Williams-Ellis was unveiled at the memorial site in a ceremony attended by then-Prime Minister Theresa May and French President Emmanuel Macron, as well as Normandy veterans.

The memorial itself was designed by architect Liam O’Connor, whose other works include the Bomber Command Memorial in Green Park, London, and the Armed Forces Memorial at the National Memorial Arboretum in Staffordshire, England.

The U.S. also has a D-Day Memorial near the nation’s capital, in Bedford, Virginia, which opened in 2001 and sees about 60,000 visitors annually.