The little girl and her father watch the animals just a few feet from shore.
By Maja Mishevska November 30, 2020
Facebook
Twitter
Linkedin
Email 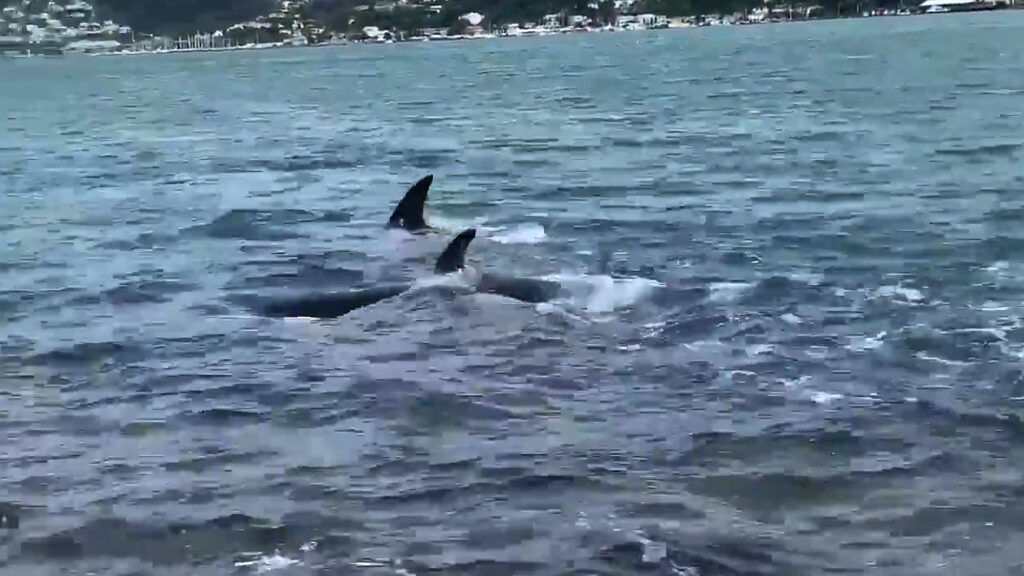 WELLINGTON, New Zealand — A group of killer whales gave a father and daughter in New Zealand a free performance.

Andy Burt and his young child were driving along the coast of Wellington, the nation’s capital, when he spotted the killer whales and stopped the car to start filming. He later posted footage of the impressive sight on social media on Nov. 11.

The video shows Burt and his daughter perched by the seaside and observing the rare view a few yards away from them. The curly-headed youngster excitedly points at the animals, which took a few spins in front of them while splashing the water with their fins.

“I think they’re looking for stingrays,” Burt is heard saying.

The duo, who had also seen some stingrays, remained on the shore admiring the killer whales for about 20 minutes.

“No need to go to @SeaWorld when you live in Wellington,” Burt later captioned the video on Twitter.

Killer whales, also called orcas, are actually the largest member of the dolphin family. Weighing up to 11 tons and growing as long as 32 feet, the animals are one of the top marine predators, mainly eating fish, marine mammals and squid.

They live in every ocean on the planet, and several different populations with distinct ecotypes exist. Only New Zealand orcas are known to eat stingrays as a staple food. Overall, the global killer whale population is estimated at 50,000.

All orca populations are protected by the Marine Mammal Protection Act. Southern Resident killer whales, a population whose range extends from California to Alaska, are listed endangered under the Endangered Species Act.

In New Zealand, killer whales are most commonly spotted from November to March. Eight other species of dolphin live in the waters off the coast of the country, including the Maui dolphin, Hector’s dolphin, bottlenose dolphin, dusky dolphin, common dolphin and pilot whale.