President Nixon’s Call to a Heartsick Joe Biden: A Lesson in Bipartisanship that Still Echoes

Amid 24 hours of history-shaping events in 1972, Nixon took time to console a new senator over the deaths of his wife and daughter
By Sean Hendrik Holstege November 29, 2020
Facebook
Twitter
Linkedin
Email 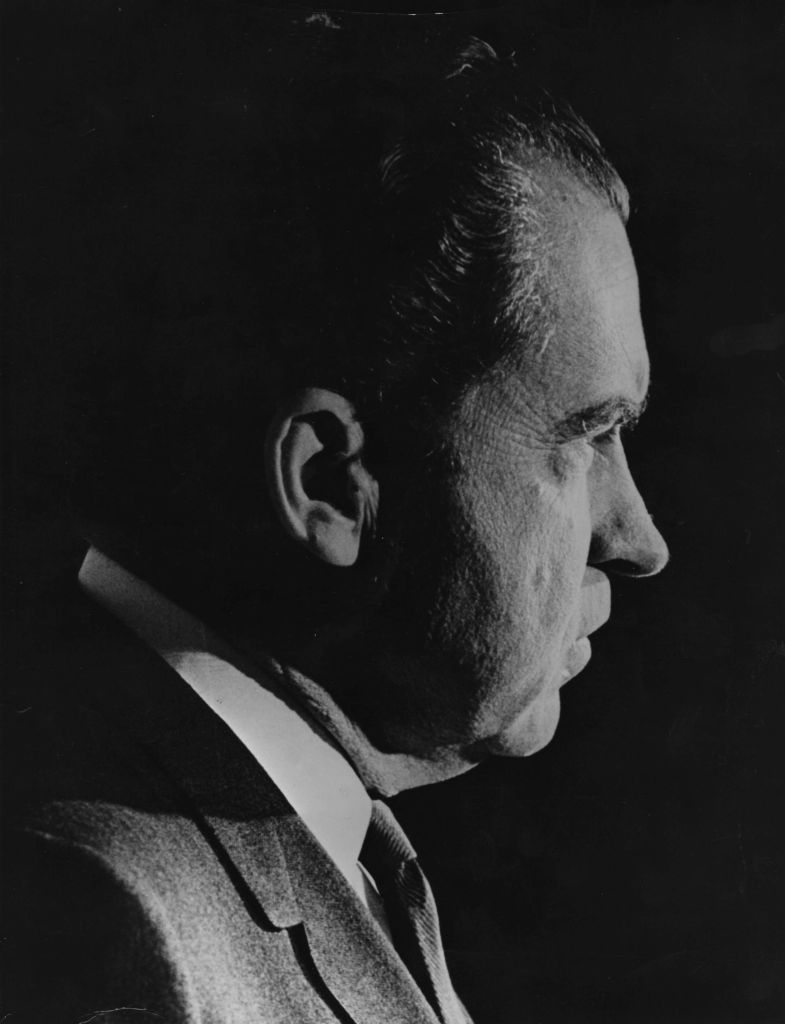 Still, Nixon took time at 12:21 p.m. on Dec. 19 to call the junior Democratic senator-elect who was just 29 when he won the Delaware seat a month earlier.

Nixon called to console Biden over the deaths of his wife and daughter in a car crash a day earlier, and to congratulate him for a stunning upset over incumbent Republican J. Caleb Boggs, a close Nixon ally.

The exchange resonates today as a lesson in graciousness, character and bipartisanship, political historians say.

“Any objective scholar who views the Nixon tapes would find numerous instances of genuine tenderness on the part of Richard Nixon, contrary to the common caricature of him,” said Rosen, who wrote “The Strong Man: John Mitchell and the Secrets of Watergate.” Rosen currently is the national Investigative reporter for Sinclair Broadcast Group in Washington.

“These old bulls all took him in and helped buffer him from that grief, helped him carve a path towards real meaning and value and that experience. He saw their humanity before he saw their politics in many respects,” Shailagh Murray, former deputy chief of staff for Vice President Biden, said in a recent CNN documentary about him.

As the day dawned

Americans woke up on Dec. 19, 1972, to the news that Nixon had begun the “Christmas Bombing” of Hanoi and Haiphong.

Biden woke up a newly minted U.S. senator-elect and the second youngest ever to win a seat — and also a grieving widower and father. Neilia Hunter Biden, with their three children in tow, was on her way to buy a Christmas tree when her car was broadsided by a tractor-trailer less than 24 hours earlier. Mrs. Biden and infant daughter Naomi were killed.

Nixon became a two-term president that same day, winning by what was at the time the largest margin of victory in the Electoral College for a Republican in a presidential election.

The last of the Apollo missions—Apollo 17—would splash down safely in the South Pacific later that afternoon.

Yet Nixon made time to call Biden.

The president asked the White House operator to place the call at 12:08 p.m., according to the official log of tape recordings and the presidential daily diary, both kept at the Nixon Library.

The first call didn’t connect. As he waited, Nixon met with Chief of Staff H.R. Haldeman and aide Kenneth Cole, asking for details about who Biden was and how the crash happened, according to a recording transcript published by Texas A&M University history professor Luke A. Nichter on his nixontapes.org website. Nixon Library records confirm the meeting.

At 12:21 p.m. the operator patched Nixon through to Biden, who was in Faulkland, Delaware, according to the presidential daily dairy. The call lasted one minute:

Nixon: “Senator, I know this is a very tragic day for you, but I wanted you to know that all of us here at the White House were thinking about you, and praying for you and also for your two children.”

Biden: “I appreciate that very much.”

Nixon: “I understand you were on the Hill at the time, and your wife was just driving by herself.”

Nixon: “In any event, looking at it as you must in terms of the future, because you have the great fortune of being young, I remember I was two years older than you when I went to the House. But the main point is you can remember that she was there when you won a great victory, and you enjoyed it together. And now, I’m sure that she’ll be watching you from now on. Good luck to you.”

Then Nixon went to the White House barber.

The conversation, which the Nixon Library first released in 2008, never got much attention. But it typified both men, historians say.

Biden, noted for his empathy, was audibly numb from grief. In a hushed, slow voice, the first thing he did was ask Nixon how he was doing.

Nixon knew a bit about loss too.

Cummings said Nixon “without a shadow of doubt” would have wanted to make the call. It wasn’t obligatory to him, he said.

The White House was already aware of the young Delaware Democrat. He had unseated the popular incumbent, former governor Boggs. Two months earlier, a political tracking memo had noted that Biden was a “very attractive candidate and running well. Boggs badly in need of [presidential] help.”

Nixon’s political machinations couldn’t rest. He pointed out Biden’s youth and prospects for a bright future, comparing it to his own when he was first elected.

It’s audible on the recording, as Nixon pauses and searches for words.

The tape doesn’t match his reputation: Nixon became known more for partisan warfare than bipartisan camaraderie, despite a lengthy list of aisle-crossing legislative achievements when Democrats held strong majorities in both chambers of Congress.

The Watergate scandal cemented Nixon’s hard-edged image as he was implicated in the coverup of a plot to burglarize the Democratic National Committee headquarters. As the scandal deepened, the public learned of Nixon’s dirty tricks campaigns and enemies lists targeting Democrats and their supporters. Within 20 months of consoling Biden, Nixon became the first U.S. president to resign, ending a political career that had stalled more than a decade earlier.

Nixon lost one of the closest presidential elections in U.S. history in 1960 amid GOP allegations that John F. Kennedy stole it. Despite pressure from his party, Nixon conceded.

“If the present trend continues, Senator Kennedy will be the next president of the United States,” Nixon told a room full of supporters at the Ambassador Hotel in Los Angeles on the morning of Nov. 9, 1960. “I want Senator Kennedy to know, and I want all of you to know that, certainly if this trend does continue, and he does become our next president, that he will have my wholehearted support and yours too.”

Three weeks after Biden bested President Donald Trump by 6 million votes and 74 electoral votes as of Nov. 23, Trump had yet to concede the 2020 race. Dozens of legal challenges have fizzled, yet Trump remains publicly resolute.

Historians say it’s about more than just personality differences between Trump and Nixon.

“The entire complexion of the Democratic and Republican parties is vastly different than 50 years ago,” Rosen said. “The sad truth is, the parties today leave little room for moderation on either side. This is not to the benefit of either party or to the republic.”

“It was a different Washington,” he said. “The bipartisanship that existed then doesn’t exist that much anymore. And I don’t know of any instance of Donald Trump reaching out to any Democratic senator. That just wouldn’t happen.”

It’s not that Nixon didn’t perceive critics as enemies or that he wasn’t famous for rough campaigns. Or that America, as now, wasn’t a sharply divided country in 1972. Torn by Vietnam, civil rights, urban unrest, youth culture and more, the public, like now, was exhausted.

Another difference between 1972 and 2020 is the relative experience of the two men in the Oval Office.

“Nixon was a professional politician and a scholar of international relations long before becoming president. For Donald Trump, all this was new. Nixon enjoyed a longer and deeper relationship with the Republican Party than Trump ever did,” Rosen said.

And Nixon had more invested in the game than Trump. That’s why he accepted defeat in 1960 for the good of the country and agreed when GOP lawmakers, including Barry Goldwater and Howard Baker, told him in 1974 to do the same and resign.

Times have changed, but Biden has remained a constant. And one brief call with a complex president played its part.