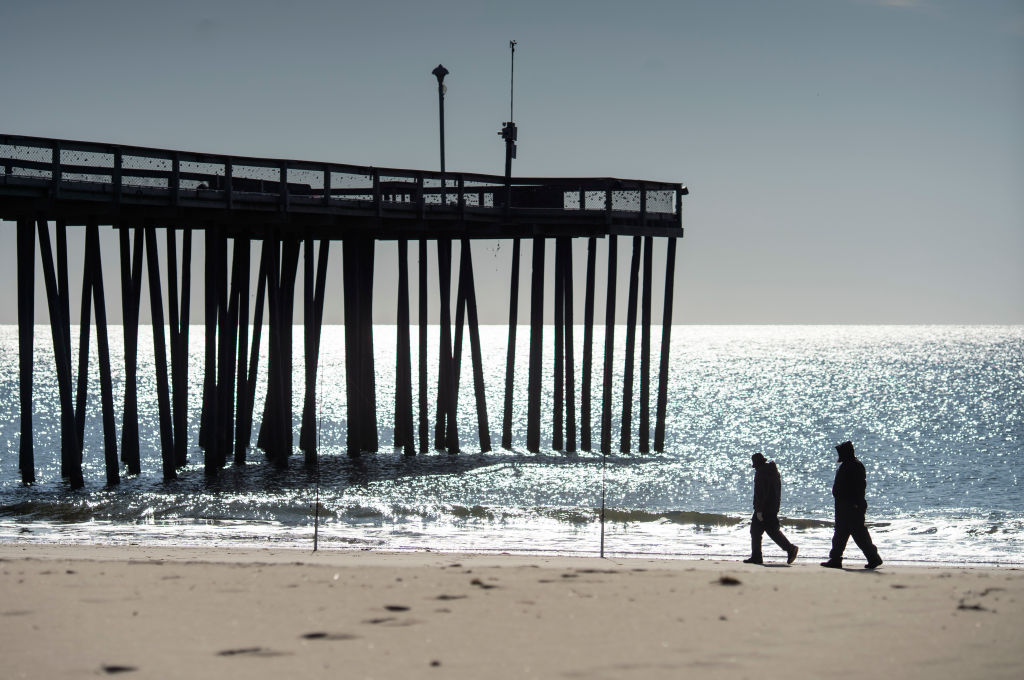 With its boardwalk, arcades and plenty of sand and sunshine, Ocean City, Maryland, offers visitors a lot to see. Far off in the horizon, another sight that future visitors to this vacation hotspot might see is a vision of a fast-growing renewable energy resource.

Finding energy has long been a controversial topic along the Atlantic Ocean coastline, and opposition to deep water drilling has been especially fierce in tourist spots. A trio of mid-Atlantic states is finding a new offshore energy source that can help meet renewable energy targets, though some of the same concerns still remain, especially for tourism officials who worry the giant wind turbines could impact natural vistas.

In late October, Maryland, Virginia and North Carolina launched a collaboration to promote the development of more offshore wind farms that could harness what amounts to a sizable untapped energy resource, the wind power industry contends.

“Maryland has been leading the charge when it comes to real, bipartisan, common sense solutions, and we are proud to continue setting an example for the nation of bold environmental leadership,” Maryland Gov. Larry Hogan said in an announcement in October. “Joining this multi-state partnership to expand offshore wind development will further our strong record of supporting responsible energy projects that provide jobs, clean air benefits, and energy independence.”

While the states have frequently blocked offshore drilling, some are now seeing hope in harnessing wind energy from offshore facilities. Though wind turbines don’t create the same fears as oil rigs do, they still raise some concerns among tourism officials.

Jessica Waters, acting tourism director for Ocean City, said that the city had several unanswered questions about the offshore wind project, which is being constructed by Baltimore-based U.S. Wind, Inc.

Besides the distance to shore of the wind turbines, another issue of concern for Ocean City was where the infrastructure needed to support the wind farm would be placed, and whether that would impede local tourism.

“What does it do to our property values? How will it impact tourism, the safety of our beaches? There have been some questions that we’ve had and haven’t felt we’ve gotten clear answers from U.S. Wind,” Waters said.

Waters said that local tourism officials have found that turbines must be at least 20 miles out to sea in order to keep them out of tourists’ sight.

“We support green energy, but if they’re going to build a project of that magnitude, we just want to make sure it’s done 100 percent right so that everybody wins,” Waters said.

In January, nearly 1,000 people attended a public hearing on the project, which demonstrated concerts about the impact it could have on local tourism and fishing, she said.

She cited a North Carolina State  University survey that showed that 54% of tourists would not schedule a beach vacation rental if wind turbines were visible from the beach.

“Even 1% would be harmful to our economy,” she said. “We have to protect the people that live and work here.”

Ocean City officials have pushed back on the project with a “Save our Sunrise” campaign solely in support of “green and unseen wind farms” as they are concerned wind turbines could be seen from shore. Vacationers hitting the beach don’t want heavy industry as part of their vista, tourism officials argue.

“There was a lot of support for wind energy, but no one was willing to pay more to see wind turbines from the beach by their vacation rental property. And if turbines are built close to shore, most people said they would choose a different vacation location where they wouldn’t have to see turbines,” said Laura Taylor, author of a working paper on the NC State study and director of NC State’s Center for Environmental and Resource Economic Policy.

However, several environmental groups have also given approval of expanded offshore wind power, citing the need for more renewable energy sources on the electric grid.

“With its more than 3,000 miles of coastline, Maryland is one of the states most vulnerable to dangerous climate disruption,” said David Smedick, senior campaign representative of the Sierra Club’s Beyond Coal Campaign. “This partnership between Mid-Atlantic States is only the start of unlocking the region’s massive potential for clean affordable offshore wind energy. The region must move quickly to attract investment in this burgeoning industry and help ensure we bring clean energy and family-sustaining, union jobs to Maryland.”

There are more than 27 gigawatts of offshore wind projects planned in the U.S., and Maryland, Virginia and North Carolina have committed to procuring 6.8 of those gigawatts, said Eileen Woll, the Sierra Club Virginia Chapter’s offshore energy program director.

Virginia has already gotten a start on offshore wind power. It is the second offshore wind project in the country and the first to be owned by an electric utility, as the 12 megawatt project will be part of Dominion Energy’s plan to reduce carbon emissions 55 percent by 2030.

Free-market groups have also cited objections from tourism officials, as well as locals, to wind farms as one of the economical drawbacks of the renewable energy source.

The Ceasar Rodney Institute cited the “visual impact“ of offshore wind farms, along with concerns that they could impact commercial fishing, as part of its opposition to a wind farm in offshore Delaware. The Manhattan Institute also cited opposition from local entities, primarily over the visual and noise impacts, as a disadvantage of wind energy.

But industry officials are fighting the narrative that wind farms will dampen tourism in beach towns. The American Wind Energy Association said the wind farm would not deter visitors to Ocean City, citing a study in which 75 percent of respondents said that visible wind turbines wouldn’t deter them from visiting the beach town and that 12 percent of respondents would be more likely to visit Ocean City to see the wind farm.

One of the most famous opponents of wind energy is U.S. President Donald Trump, who reiterated a claim during the Oct. 22 presidential debate that wind power “kills all the birds.”

“It’s extremely expensive. Kills all the birds. It’s very intermittent. Got a lot of problems,” Trump said of wind power.

But the National Audubon Society, one of the nation’s biggest advocates of conserving bird habitats, has evolved its position on wind power. It endorses wind power that is “sited and operated properly.”

In a 2018 op-ed, Andrew Hutson, the executive director of Audubon North Carolina, wrote that wind power projects in the 1970s led to an unacceptable amount of bird deaths.

“Fortunately, those poorly designed wind projects from the past could not be built in North Carolina today,” Hutson wrote. “We now have stringent local, state and federal rules in place that help ensure wind projects are properly designed, sited and monitored to avoid significant impacts on wildlife and natural areas.”