Traffickers transporting $14 million worth of illegal drugs are busted. 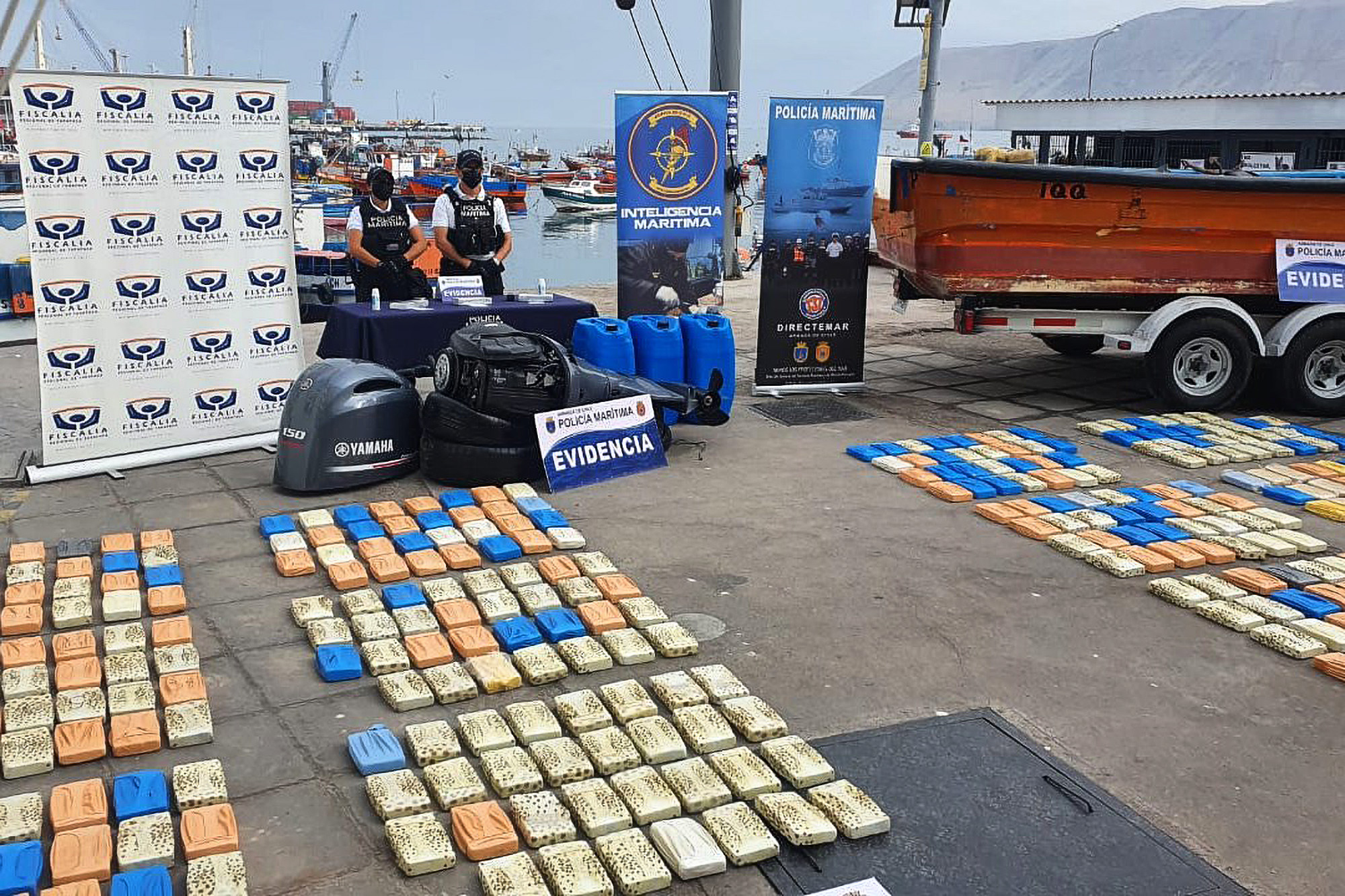 Chile's top officials announced that 1,172 pounds of cocaine hydrochloride, valued at $14 million, were seized. The drugs were being shipped from Peru to central Chile. (DIRECTEMAR Armada de Chile/Newsflash)

PUNTA DE LOBOS, Chile — The Chilean Navy has seized more than a half-ton of cocaine and arrested six people in its biggest drug haul to date.

The country’s top Naval brass stated the 1,172 pounds of cocaine hydrochloride, valued at $14 million, were seized Nov. 23. The drugs were being shipped from Peru to central Chile.

The six-month investigation revealed that a large cocaine shipment was being trafficked at sea. The plan was to use a small fishing boat to escape detection by custom patrols and the police.

Still, the boat was stopped by authorities near Punta de Lobos, in the northern Chilean region of Tarapaca.

During the operation, three crew members were arrested and three alleged members of a criminal gang working from Iquique were also detained.

The suspects have been charged with drug trafficking.

Judge Veronica Opazo Miranda, who is in charge of the investigation, ordered five of the suspects to be sent to preventive prison to keep them from fleeing. The other suspect is under house arrest. The authorities say more arrests could be made.

The judge set a 120-day limit for the investigation to proceed.

Drug trafficking in Chile has global implications. In its 2019 report, the International Narcotics Control Board cited Chile as the main exit point for drugs headed to Europe.

Another report, titled “Perceptions on Foreign Policy and National Security,” found that 79% of Chileans said drug trafficking and organized crime represented a “crucial or significant threat to national security.”

The U.S. also participated in a major cocaine seizure in the Pacific Ocean.

In May 2019, the USS Pinckney, with a U.S. Coast Guard law-enforcement team, seized an estimated 3,000 pounds of cocaine with an estimated street value of $28 million in the Pacific Ocean.