Woman Finds Biological Family After Being Kidnapped in 1980s

But her birth mother is in such a depressed state that she doesn’t recognize her long-lost daughter. 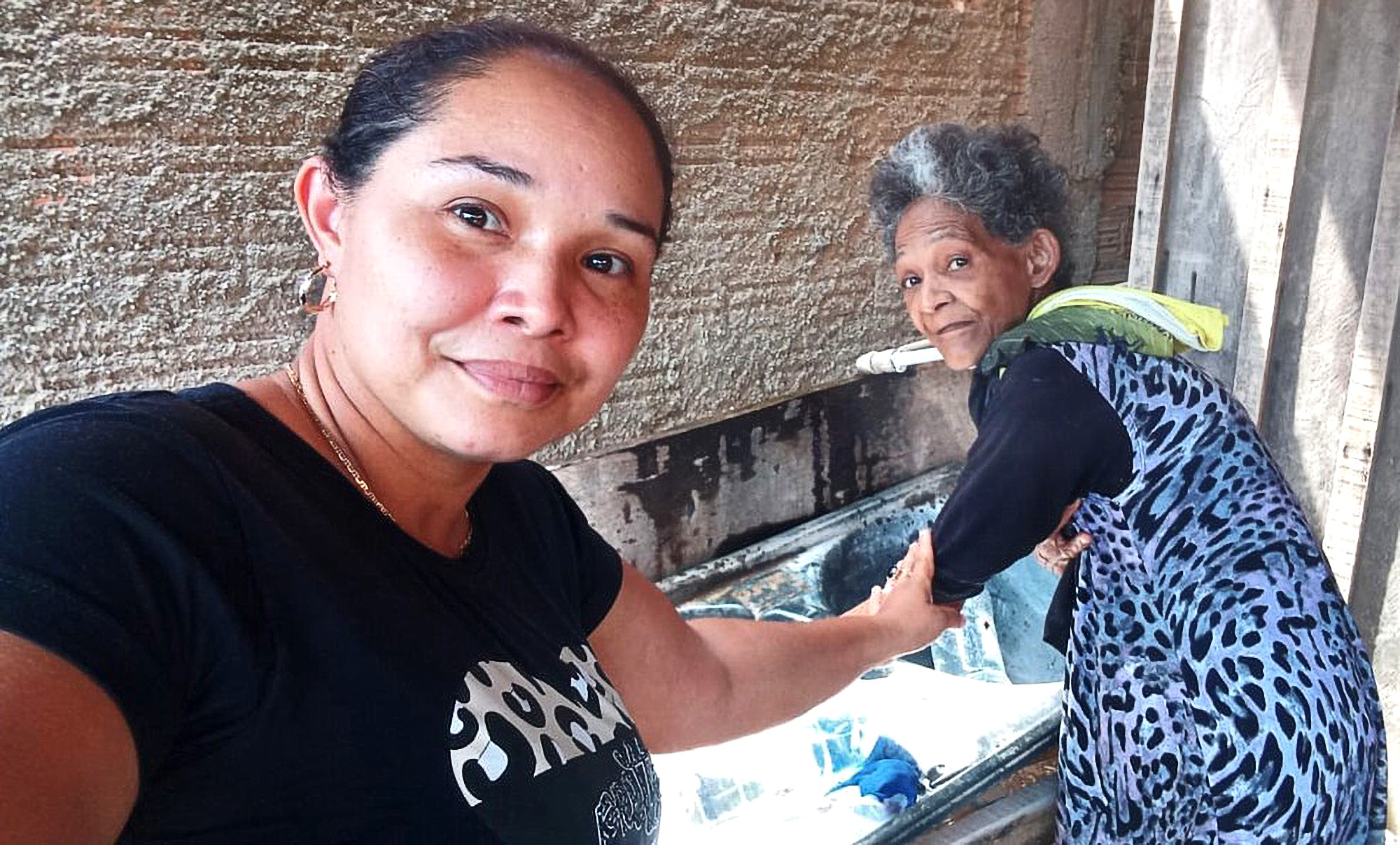 ALTO PARAISO, Brazil — A Brazilian woman has been reunited with her biological family after more than three decades.

Neuza de Jesus Oliveira, 36, was recently got reacquainted with her biological mother and siblings in Alto Paraiso, a town in northern Brazil, after finding out that the woman she had called mom was really a kidnapper who had snatched her from her cradle and lied to her about her birth mother’s death.

Her birth mother, who is still alive, fell into a chronic depression after years of remorse at the loss of her girl and can now barely walk or talk. As a result, even though her daughter has returned, she has so far not been able to acknowledge her.

“It hurts me a lot, because earlier this year, I discovered my true story, a bombshell story,” Neuza told Zenger News.

But for years, she had no reason to believe she had been kidnapped.

“When I turned 7 or 8 years old, my adoptive mother told me: ‘You are not my daughter and your father is not your [biological] father either’'” she said.

“I got a shock, but so far, so good. I tried to find out if my parents were alive and why I was adopted. Logically, she then told me that my biological mother had died and that my father stayed with me and my two siblings for a while.”

Her supposed parents gave Neuza her immediate family’s first names, but nothing more. She said that at the time she was just glad her father had not abandoned her and had found a home for her instead. That said, she remained curious and eventually decided to investigate her past.

“I chased down the paperwork and, to my surprise, it seems no record was made,” she said. “Then I got a lot of doubts. I started to look for my siblings. Just for my siblings, because I thought my mother was dead.”

She posted a message in September to a Facebook page for adopted children looking for their biological families. Shortly after that, she received a reply from a netizen, who informed her that they knew the woman’s siblings, along with another key piece of information: that her mother was alive, but severely depressed.

The exchange led to a phone call between Neuza and her long-lost brother, Celio Rodrigues Campos, who explained that Neuza had not been adopted but stolen.

Neuza’s supposedly adoptive mother, Maria, had actually abducted Neuza from a cot at her home in the municipality of Ariquemes, also in Rondonia state, in the 1980s. Her mother had briefly left her sleeping in her crib while she went to visit her own mother’s house nearby.

The kidnapper and her partner raised Neuza in the town of Mutum-Parana, almost a five-hour drive from where she was snatched.

On finding out her true story, Neuza confronted Maria.

“I called my adoptive mother, saying that I found my mother,” she said. “She disowned me straight away.”

Despite the recent cutting of ties, Neuza had long had a troubled relationship with her adoptive parents, who are retired. Neuza had long since moved out of their house in the aftermath of an unhappy childhood.

“I was humiliated, a child who never had anything, not even a doll to play with,” she said. “When I was 15, I left home and went to work as a cook at a garimpo (an illegal mining camp). I got malaria a lot. I almost died of hepatitis.”

After being disowned by her adoptive mother, Neuza went to meet her possible biological family and take a DNA test, which resulted in a positive match.

But reuniting with her mother, 62-year-old Ester Rodrigues Campos, was painful for Neuza.

“I cry because I still haven’t been able to go to hug her, to say: ‘How good you’re alive.’ What hurts me most is that she’s ill and debilitated now. She doesn’t know what day, month, year or time it is,” she said.

However, Neuza recently took her 5-year-old daughter to meet her grandmother, and she reported that Ester showed some emotion for the first time.

Her biological family also showed Neuza her birth certificate, which revealed she was born in 1983, and not 1984 as her adoptive family had told her. It also showed her original name was Dina Rodrigues Campos.

Neuza is currently in a happy relationship and works as a cleaner. In addition to her daughter, she has three sons, aged 16, 12 and 10. She hopes to continue seeing her real mother, who also suffers from schizophrenia.

“I want to bring her to my city to take care of her, but we still don’t have the means to do that,” she said. “But I will try, God willing.”

Neuza also plans to take her adoptive mother to court for kidnapping.

“I will fight for justice,” she said.

While abductions like Neuza’s are relatively rare, the FBI notes that in recent years, women desperate for a child (the most typical perpetrators of such crimes) are turning to social networking websites to locate victims.