A plan for an off-world colony draws fire from those preferring to spend money and resources on Earth.
By Juan Fernandez November 28, 2020
Facebook
Twitter
Linkedin
Email 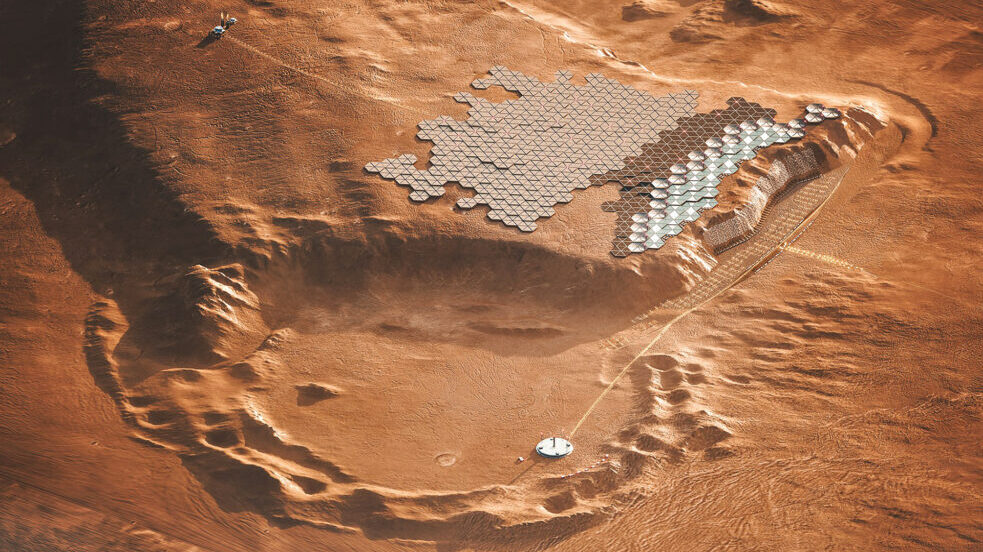 BARCELONA, Spain — A group of scientists and designers have joined forces to create a detailed blueprint for a city on Mars capable of housing more than a million transplanted Earthlings.

The project was originally created as part of a contest to find a working blueprint for colonization, but the Sustainable Offworld Network (SONet) is enhancing the idea. It believes the city could be realized by the end of the century.  (SONet is a group of professionals that wants to develop sustainable human settlements on the Moon and Mars.)

The project is being led by astrophysicist Guillem Anglada-Escude and architect Alfredo Munoz, who, alongside other experts, are turning science fiction into fact.

The team designed a city they named “Nüwa” as part of an international competition held by the Mars Society, which asked teams to create a realistic model of a city capable of hosting 1 million residents.

The proposed city would consist of rooms and large structures placed inside a cliff a kilometer (0.62 miles) high. They would be connected by large tunnels, which could stretch for miles. The city would be powered by solar and nuclear energy.

Munoz said after they received a detailed study of the materials found on the Red Planet, he and other scientists “spent about a week and a half thinking of equivalent materials they can use that are found on Mars.”

However, they had to find a substitute for concrete, which is unsustainable on Mars, due to the large amount of water needed to create it. Scientists plan to apply high temperatures to Martian dirt to create a type of synthetic rock that would be used in the building process.

Another material expected to play a major role in the city is iron, which is abundant on Mars and has been applied to various parts of the project, both for structural and architectural purposes, said Anglada-Escude, affiliated with the Institute of Space Sciences at the Spanish National Research Council (CSIC) and the Institute of Space Studies of Catalonia.

Also pivotal to the plan is the city’s location inside a cliff, which would take advantage of Mars’ gravity being only one-third of Earth’s, making it easier for builders to erect the project. Besides protecting people from strong sun rays coming through Mars’ thinner atmosphere, building the city on a cliff would also give it a more compact layout.

It would also have the added plus of making Nuwa visually appealing, Anglada-Escude said. “People have to want to go.”

SONet was rated among the top 10 designs of the reported 175 teams that participated. Although it did not win, Anglada-Escude told Zenger News: “We could start working on this tomorrow if we had the rockets.”

“This is real and it is doable with the current technology. A few things could do with improvements like artificial intelligence and developing the rockets to transport the necessary materials and people to make it work, but it’s real and the base is there,” said Munoz.

Still, project participants concede the city has generated some controversy among those who feel it’s wrong to focus on inhabiting another planet, rather than working to improve Earth.

“Thinking about concrete on Mars has made me realize how unsustainable it is on Earth. The discoveries we find trying to solve the issues to build the city on Mars could then be used to help tackle sustainability issues on Earth,” Munoz said.

In a similar vein, Munoz said, “We can solve all the eating needs of a person in 100 square meters on Mars. On Earth, we require hectares per person. If we can meet all of our needs on this planet with just that smaller space, think of all the room we would have to help restore the planet,” he said.

Sustainability is also critical on Mars because resources are scarce. Even if Earth became uninhabitable, humans would not be able to colonize Mars en masse, Munoz said.

Munoz said he hopes the project can see its first rocket head to Mars in 2054 and that Nüwa could be finished by 2100.

But for now, the team plans to make their project as public as possible by putting it in expositions and museums.