Raja Ravi Varma is known for his realistic paintings of Hindu gods, goddesses and mythological characters. 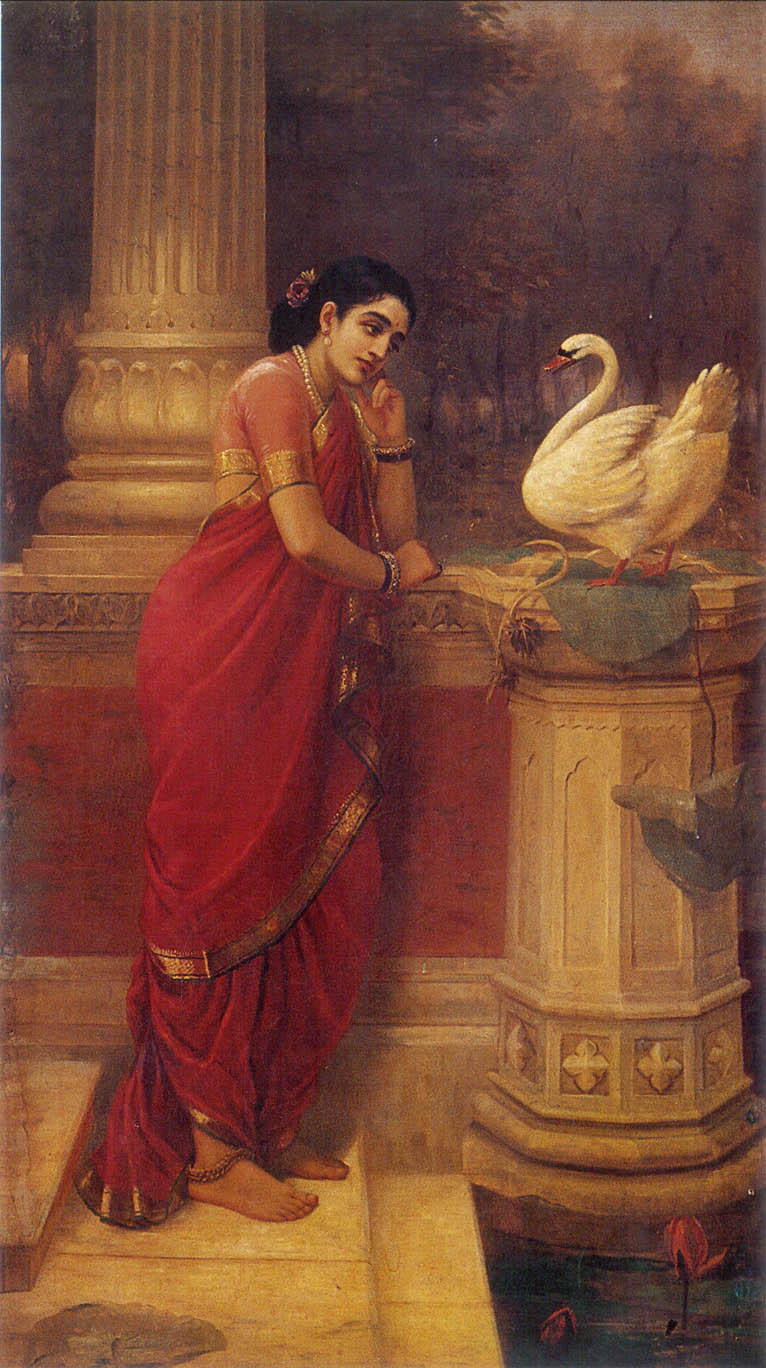 The Hindu goddess of learning, Saraswati, is depicted playing her veena in the outdoors, amidst the bright hues of her mount, the peacock, and a landscape of flowers. A woman gazes at a swan in rapt attention, the folds of her pink sari meticulously captured on canvas. The creator of these artworks — among a multitude of others —is one of India’s most prolific artists, Raja Ravi Varma.

Earlier this month, well over a century after his death, a museum and art gallery dedicated to him was announced by the State Government of Kerala in Thiruvananthapuram. Chief Minister Pinarayi Vijayan laid the foundation stone, and a budget of INR 8 crore (USD 1,083,552) was allocated towards the development of the museum. This will be on the premises of the Thiruvananthapuram Museum and Zoo.

Rukmini Varma, a descendent of Ravi Varma and chairperson of the Raja Ravi Varma Heritage Foundation said it was a positive step to spread awareness about the artist’s life and art.

The Raja Ravi Varma Heritage Foundation, which was started in 2015, has been working over the years to create more awareness about Raja Ravi Varma and his art, both in India and abroad. The Foundation constantly engages with researchers and scholars who have studied Ravi Varma’s work and the impact his work has had on Indian art and history. The institution works to preserve his artistic legacy by engaging in research, study, and restoration.

“An artist should be able to communicate, and the more he does, the better his art will succeed,” said Rukmini Varma. “Ravi Varma reached so many people through his lithographs and paintings, perhaps more than any other artist in the world.”

Today, Ravi Varma’s work is familiar and can be seen everywhere in India— from prayer rooms to calendars. His use of mythological stories for art inspired the Amar Chitra Katha comic book series, while his use of bright color inspired kitschy Bollywood movie posters. 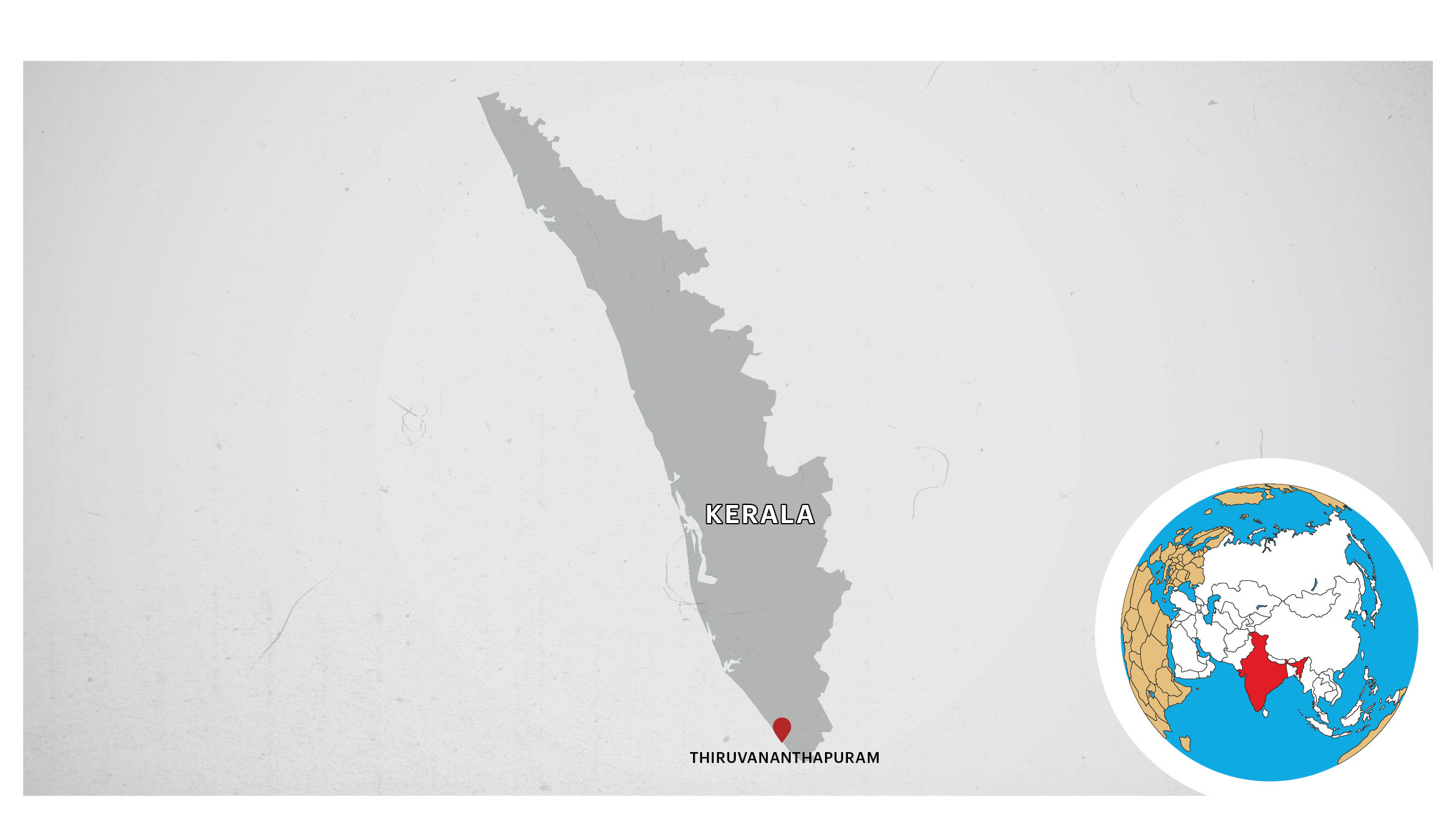 “When he was still a teenager, Ravi Varma studied the European Realism technique from Theodore Jensen, an English artist, and his early work, both the style and technique, marked a turning point in Indian art,” says author Shobha Tharoor Srinivasan, who is writing a book on Ravi Varma for children.

“He painted Indian subjects and Indian mythological stories, but with a European understanding. So instead of the ‘flat’ images seen in the work of artists earlier, Varma’s portraits were realistic; even the folds of the women’s saris and the creases on their brows were visible on the canvas.”

Later, Ravi Varma’s paintings of Hindu gods and goddesses, as well as scenes from the epics were mass-produced as lithographs in the printing press he owned. This made his art even more accessible and affordable to everyone, not only to art collectors and the nobility. Soon, Ravi Varma prints could be seen on streets, shops, and homes.

During the last years of the 19th century, and in the early years of the 20th century, Ravi Varma was arguably the most famous artist of India. In fact, a post office had to be opened in tiny Kilimanoor because letters and requests for paintings came flooding in for him from various corners of the country.

“People were able to identify themselves through his paintings — the characters, not just gods and goddesses,” said Rukmini Varma. “They were characters that he painted without considering caste or creed or religion. There was a unity he established through his paintings; he made people realize that they were Indian above anything else.”

Among other representations, Ravi Varma’s art has also featured more recently on saris. On Gandhi Jayanti 2019, designer Gaurang Shah launched a collection of khadi jamdani saris, which were showcased at Mumbai’s MGMA Museum. Khadi is a hand-spun natural fiber originating in the Indian subcontinent. Jamdani is woven on a brocade loom, with a supplementary weft to create patterns, in addition to the usual warp and weft weaving method.

Each of these 30 woven pieces, is an ode to Ravi Varma’s art, with the pallus (the loose ends of the saris, typically draped over the shoulder) each featuring a unique painting.

“Ravi Varma’s sensibilities and my match very well. The way he depicts his women, are the kinds of saris I weave,” said Shah. “His paintings are a burst of color, with each painting featuring 40-50 hues, and that’s what I’m known for as well.”

Shah, however, admits that recreating a painting, especially one as nuanced as Ravi Varma’s, was a Herculean task—with so many colors in the skin tone, details of the sari folds, the intricacies of the borders and jewelry, the background details like the sky and greenery.