Home to half of India’s over 1200 orchid species, Arunachal Pradesh starts a novel flower census. 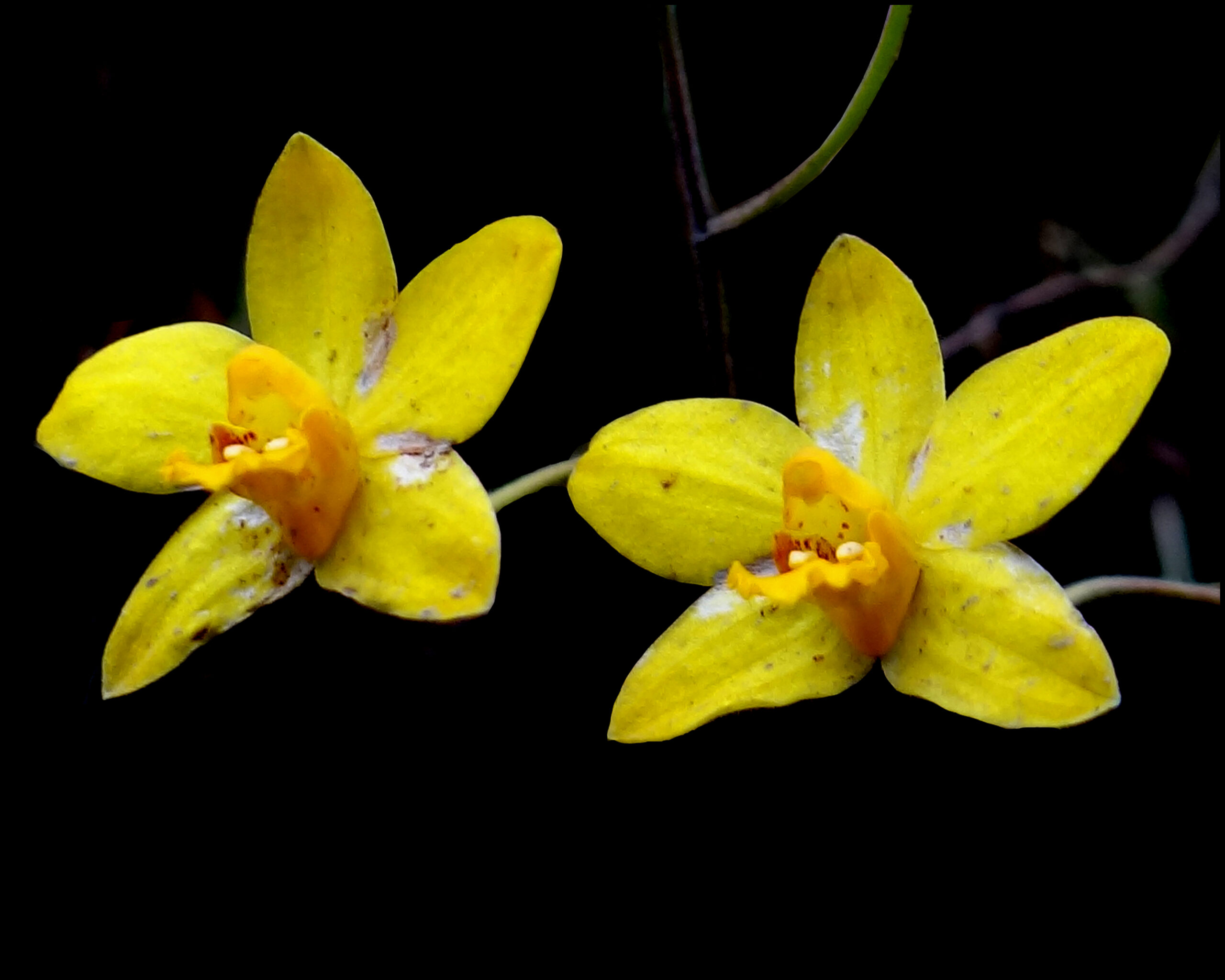 In October 2016, during a field survey, 33-year-old Jambey Tsering found a yellow flower by the road that leads to the Sessa Orchid Sanctuary — India’s first protected area dedicated to these floral species in the foothills of the Eastern Himalayas in Bhalukpong Forest Division. The road leads to the Indo-China border via Tawang, home to many monasteries. In 1959, the Dalai Lama had escaped from Tibet and entered India via Tawang.

An orchidologist by training, Tsering works as a scientist at the Orchid Research Centre in Arunachal Pradesh. On finding the yellow flower, his initial thought was it was probably one of the many common orchids found in India. But he decided to take a few samples back with him to study.

Working with Kothareddy Prasad, a fellow scientist from the Botanical Survey of India they noted several variations in the flower’s makeup. Ones that had never been cataloged. Convinced that the yellow flower they’d found was a new species, Tsering went back to the spot. But no flowers were to be found.

The single-lane road had been widened, and all the orchids blossoms were lost — possibly forever.

“The road construction destroyed the habitat,” Tsering said — the disappointment clear in his voice.

Phytotaxa, a journal of Botany, announced the discovery earlier this year. The yellow flower was christened Spathoglottis arunachalensis after the state. Tsering calls it the “Lost Spathoglottis” and even announced an award of Rs 10,000 (USD 135) to anyone who gave him information about the species.

The fear of losing even more of the rare species of flowers, has now prompted the state government to collaborate with the International Union for Conservation of Nature (IUCN). Both sides signed a memorandum of understanding in January this year to assess the state’s orchid population. 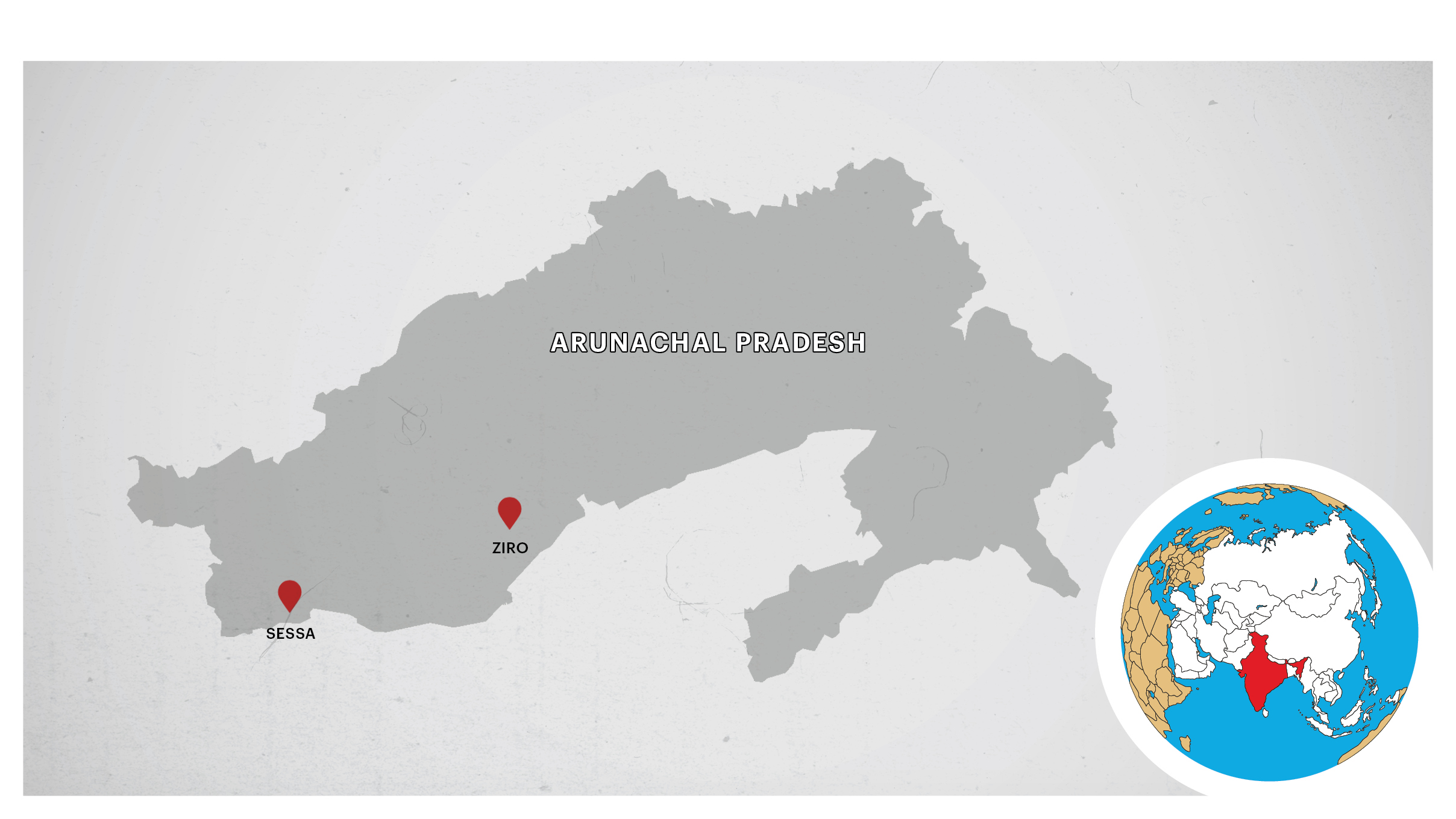 The IUCN’s Red List of Threatened Species is globally recognized as the most comprehensive information source on the extinction risk status of animal, fungi and plant species.

“We have over 600 orchids in our state, and we wanted to know their status,” said RK Singh, the bureaucrat who heads the forest and environment department in the state. Singh’s department is responsible for the conservation of the biodiversity.

The project is likely to be completed next year. Twenty-five assessors were trained by the IUCN for two weeks. They are now collecting all available information about the species within the state and with other organizations like the Botanical Survey of India. They are digging into herbariums, monographs, and research papers.

“Everything starting from “JD Hooker’s Flora of British India”  first published in 1875 to the recent discoveries are being looked into for the assessment,” said Arjun Adit, a researcher who is part of the project.

Arunachal Pradesh is home to the maximum number of orchid varieties of the country. The “orchid state,” as it is referred to, has 612 out of 1256 orchid species found in the country, according to the “Orchids of India,” a pictorial guide brought out by the Botanical Survey of India in 2019.

The number of orchid species is growing every year with discoveries. In the last annual report of the Botanical Survey of India, it listed 10 discoveries. During the last decade, seven new orchids have been discovered in Arunachal Pradesh according to Tsering.

Koj Riniya, who heads the state’s forest research institute, discovered one new species and six others which were found in India for the first time, during a rescue and relocation project for orchids in the picturesque Ziro Valley.

The valley has a high concentration of orchids with at least 185 recorded species of the plant but a construction boom has damaged their habitat.

During the relocation project, as many as 149 species were rescued. They are now part of an orchid trail in Talle Wildlife Sanctuary. Riniya and her team found one tree in the Ziro Valley, which hosted as many as 12 different orchid species.

“All the developmental activities are a threat to them,” said Riniya. “Most of the epiphytic orchids need trees. It will be very difficult to save them if the trees are cut.”

New roads are not the only threats. Climate change and collection of wild orchids by locals for sale are depleting orchid numbers, said Tsering. India’s wildlife protection law lists six plants in its schedule of protected species. Three of them are orchids.

While the number of orchid species is high, their population size is small which makes the assessment all the more crucial, Adit explains.

“The assessment would help us with conservation,” said Singh.

The IUCN’s assessment would pressure the administration to keep the orchid conservation in mind while making development plans for the state. A backward region, which was ignored in the past, Arunachal Pradesh is witnessing growth with new infrastructure. The region which shares a border with Tibet and is claimed by China, is of strategic importance to India hence more roads and highways are being built to aid military movement.

All of this is good news for the orchids of the state, experts say.

“This assessment should have been done much earlier,” said Ona Apang, a scientist with State Forest Research Institute.