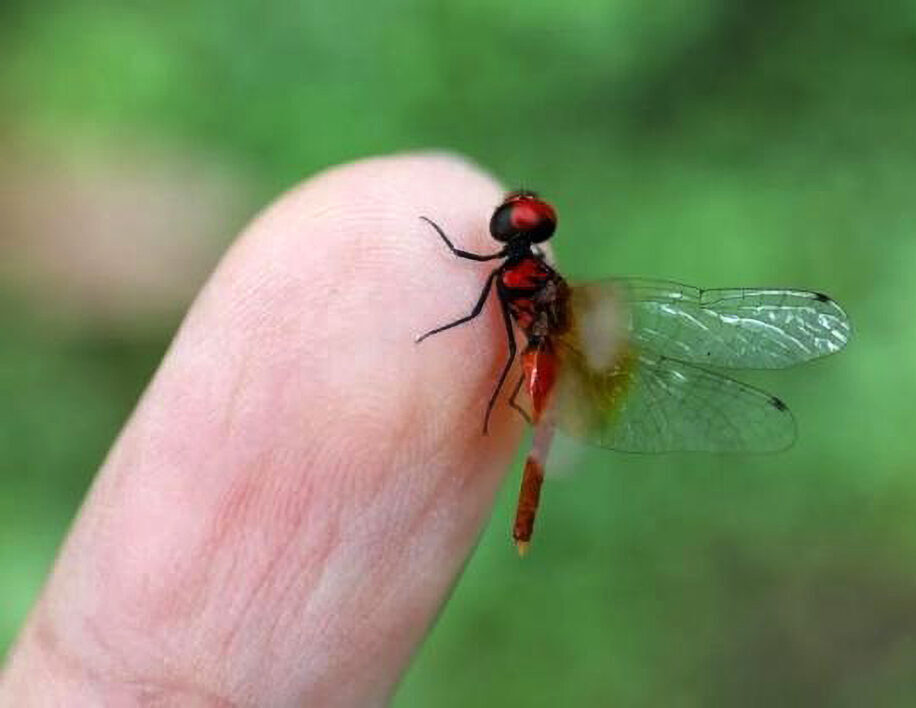 SICHUAN, China — A Chinese museum says it has a set of the world’s smallest dragonflies. Found in mountainous regions, the 10 scarlet dwarves have limited flying abilities and travel just a few meters at a time.

The specimens held by the Insect Museum of West China were collected in August from an alpine gorge region in Sichuan, believed to be the insects’ northernmost habitat in China. The museum has collected more than 700,000 insect specimens from 40 countries on six continents.

The species, Nannophya pygmaea, is also known as the scarlet dwarf, northern pygmyfly or tiny dragonfly.

Previously, the smallest known adult scarlet dwarves had a body length of 17 millimeters.

Li believes the isolation of the mountains caused the scarlet dwarves to develop independently, resulting in their smaller-than-average size.

The name “dragonfly” is thought to derive from the Romanian language; dragonfly translates to Devil’s Horse or Devil’s fly. They were often seen around horses that were stomping, usually to rid themselves of biting pests. Dragonflies have also been the source of many tales and legends, including one from Germany in which a princess on a horse runs over a small man, who in turn curses the woman and her horse to become one, in the form of a firefly.

Today, there are an estimated 5,000 species of dragonflies, thought to be in existence for 300 million years. China is home to more than 990 species, boasting the largest dragonfly diversity worldwide.

The scarlet dwarf also inhabits Southeast Asia and Japan and is occasionally found in Australia. The dragonfly’s typical wingspan is 20 millimeters (0.79 inches).

In contrast, a species variously known as the helicopter damselfly, giant damselfly or forest giant, is the world’s largest dragonfly, with a wingspan of up to 19 centimeters (7.48 inches).